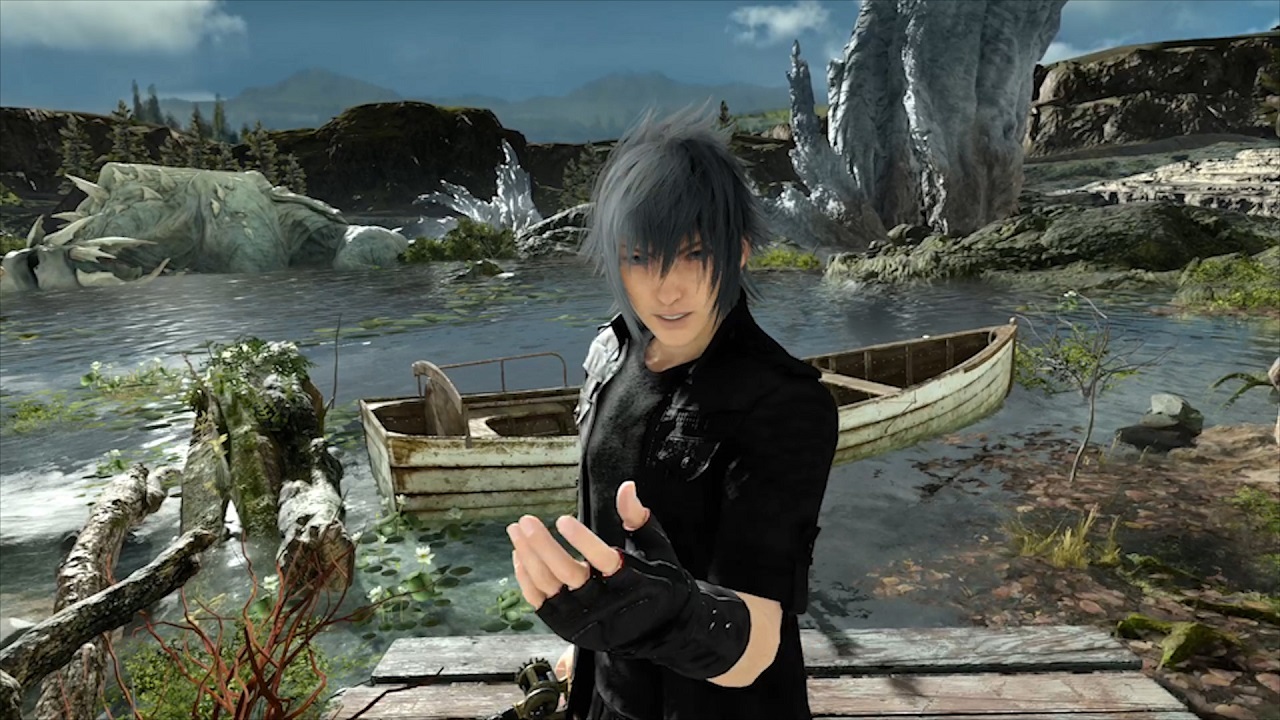 Team GameAxis was at the PlayStation Experience 2017 South East Asia (PSX SEA) over the weekend, and one of the first highlights was a closed-door session with Lead Game Designer for Final Fantasy XV, Wan Hazmer.

Hazmer presented to us their latest standalone game, Final Fantasy XV: Monsters of the Deep and assured both fans and media that their latest work is not just another fishing game. He added us that Final Fantasy XV is not just a game, it is an entire universe built around the main game and its accompanying media (e.g., the Brotherhood anime and the Kingsglaive movie). Now, they have set their eyes on expanding the universe further, such as this upcoming standalone game.

With the Prompto DLC already out, Haz mentioned that the team wanted to release something different for every DLC entry that revolves around the Final Fantasy XV universe. One of the many things in the game that was incredible was the in-game scenery and players’ interactions with NPCs. Thus, Square Enix concluded that Virtual Reality (VR) was the best platform to let players be able to dive in and experience the these up close and personal – via a fishing game.

Hazmer assured us that Final Fantasy XV: Monsters of the Deep is not just a fishing game slapped with a Final Fantasy‘s brand on it. Nor is it a fishing simulator. It is meant to be a fun game and an opportunity for players to explore the FFXV universe further. Just as it was when creating the original Final Fantasy XV, the team for the standalone game went to various real-world locations at different timings to get first-hand experience in fishing, and in turn, use this knowledge to depict a sense of realism in Monsters of the Deep.

Players will also not be playing as either Noctis or any other characters in the party, but as themselves – a fifth and mysterious member of the group. So you are now a part of the gang and do get to interact with them from a first-person perspective. For example, if you were to take a skewer from Noctis, he would proceed to say something to you.

Hazmer mentioned that they intend on creating a standalone game where players will regularly return for more mob hunts, one of the three revealed playable modes in Monsters of the Deep. There are other modes such as Story Mode, Free Mode and a few others that will only be revealed when the game releases. He was proud to mention that the team managed to push the VR technology further during the development, without sacrificing the game’s performance.

One of the monsters you will face in the game.

In the presentation, we were shown four stages. One of the stages was inspired by a rusty shipyard that the development team visited (and fished). The other three were familiar looking scenes straight out of Final Fantasy XV. We were told that the environments will be diverse; ranging from smalls lake to vast open seas. We also learned that players will be able to walk around locations to determine a good fishing spot or even find a secret area for a bigger catch.

Saving the best for last, Hazmer also showed some bosses that players will encounter in Monsters of the Deep. Because, quite frankly, what is a Final Fantasy game without boss fights? In the game, players will earn in-game currency as they complete different mob hunts as well as from other modes. This currency can be used to buy newer equipment as they progress through the game. And players will need these higher tier equipment for boss fights, as Hazmer said they will not be easy to defeat. Real life deep-water fishes inspired fish the bosses, and our impression is that the art of the monsters was heavily thought out and each was designed well enough to stand apart.

Players will be able to interact with them in the game.

Final Fantasy XV: Monsters of the Deep will be coming out in September 2017 on PlayStation VR. It is also highly recommended to play the game with the PlayStation Move.

Garet loves his Strategy and RPG video games and cares deeply for the genres. Offline, he tell tales and heroic acts of characters that braved impossible odds in Dungeons & Dragons.
Previous post PlayStation Plus free games and Summer Sale discounts
Next post PSX SEA – Monster Hunter: World is the evolutionary step forward for the series