PSVR shooter Farpoint releases on 16 May, controller bundle priced at $129 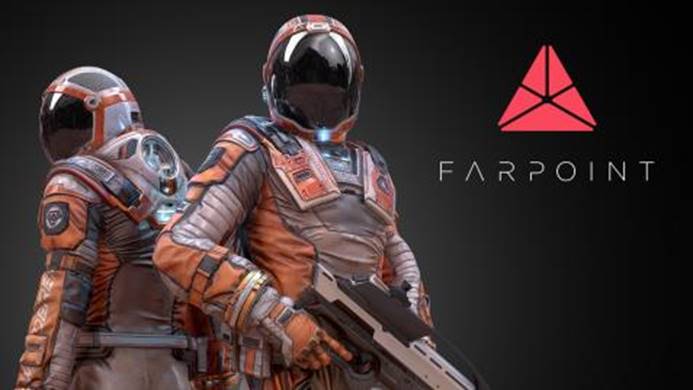 PlayStation VR exclusive Farpoint will be launching in Singapore on 16 May. The sci-fi first-person shooter can be purchased by itself for $64.90 ($60.70 for the digital version) or bundled with a PS VR Aim Controller for $129 (buying the controller separately costs $89). What’s more, developers Impulse Gear have revealed that the game comes with two-player co-op levels.

In Farpoint, players spend most of their time gunning down hostile aliens of all sizes. What was initially a simple mission to pick up scientists near Jupiter ends up being a fight for survival when a “rupture” sends everyone crashing into an unknown world. Players will get to pick up holographic logs scattered through the planet as they attempt to survive and reunite with the rest of their team, uncovering secrets along the way.

The level design is completely linear. Unlike a light-gun game, however, movement is completely controlled by the player via a thumbstick on the VR Aim Controller – you’ll have to turn on the spot to orient yourself accordingly. Some sections have you precariously walking on narrow paths and cliff edges, where others place you in large arenas as you dodge and shoot at uncomfortably large aliens.

As for the VR Aim Controller itself, what little hands-on time we’ve had with it was positive; tracking was on-point and the sights never felt misaligned the way a poorly calibrated light gun would. There’s even haptic feedback and an in-game virtual scope when you ready the weapon. You may use the DualShock 4 controller instead but come on, if you bought the PS VR, you’re in it for the immersion.

All in all, it seems to be good fun and a welcome addition to the PS4 catalog in Time Crisis 5’s absence (BANDAI NAMCO please).

Impulse Gear co-founder Seth Luisi writes on the Asia PS Blog that “Farpoint features four new online co-op levels at launch – each level designed to challenge the combined firepower of two players with teams competing for the highest score.” Do note, however, that a PS Plus subscription will be required.

Pre-ordering the digital version from 24 March onwards will net you a 10% discount. A separate bonus includes an exclusive ‘Red Planet Wanderer Spacesuit’ skin for all digital pre-orders before 31 May.

Ade thinks there's nothing quite like a good game and a snug headcrab. He grew up with HIDEO KOJIMA's Metal Gear Solid, lives for RPGs, and is waiting for light guns to make their comeback.
Previous post Digimon Story: Cyber Sleuth – Hacker’s Memory heads to SEA in early 2018
Next post This is the ultimate Gamer’s Rage form