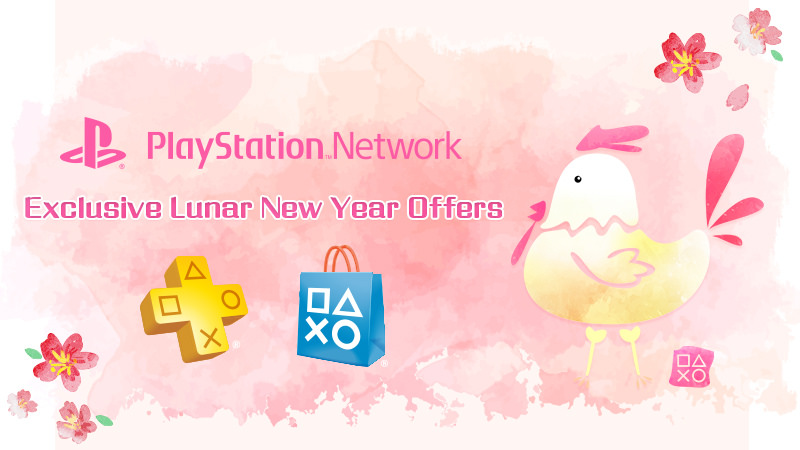 There are plenty of other games on the list, not to mention the Vita catalog, the different editions available for many of these titles, or those on smaller discounts.

As for those huge 80 percent offers, you’re going to have to look at a far smaller range of titles such as The Book of Unwritten Tales 2, Tearaway Unfolded, and Metro Redux.

A four-day ‘PS Plus Lucky Rooster’ giveaway is set to go live from January 28 to 31. To participate, check the official PlayStation Asia Facebook page daily at 1 PM (SGT).

PlayStation fans can look forward to discounts of up to 75 percent this Lunar New Year. The festive sale kicks off today and will last until Feb. 9, 2017, accompanied by offers on PlayStation Plus membership and a free download of God of War III Remastered – just so everybody’s prepared for the upcoming sequel.

According to Sony, the discounts apply to selected games for the PS4 or PS Vita. They list titles as recent as Watch Dogs 2, Final Fantasy XV, and Call of Duty: Infinite Warfare although probably not at the full promotion rate .

PS Plus members will get an extra five percent off on selected titles.

If you’re not already a member then this is typically one of the best times to sign up – the 12-month membership (S$43.90) comes with a 3-month bonus, which works out to only $2.92 per month. Other than the fact that PS Plus is essential for most multiplayer games, that subscription also translates to 15 months’ worth of free games, some of which have been amazing.

We’ve covered January’s free selection here. In light of the celebrations, they’ve since added Japanese RPG Tales of Zestiria and hack-and-slash adventure God of War III Remastered to that list. The former is already available for download .

As a reminder, current PS Plus members may extend their services in advance, so it’s probably worth checking when yours expires.

Ade thinks there's nothing quite like a good game and a snug headcrab. He grew up with HIDEO KOJIMA's Metal Gear Solid, lives for RPGs, and is waiting for light guns to make their comeback.
Previous post Win 10 Game Mode and Xbox One accessibility lead ‘Creators Update’
Next post Nintendo Switch will be bundled with LoZ: Breath of the Wild and 1,2 Switch games