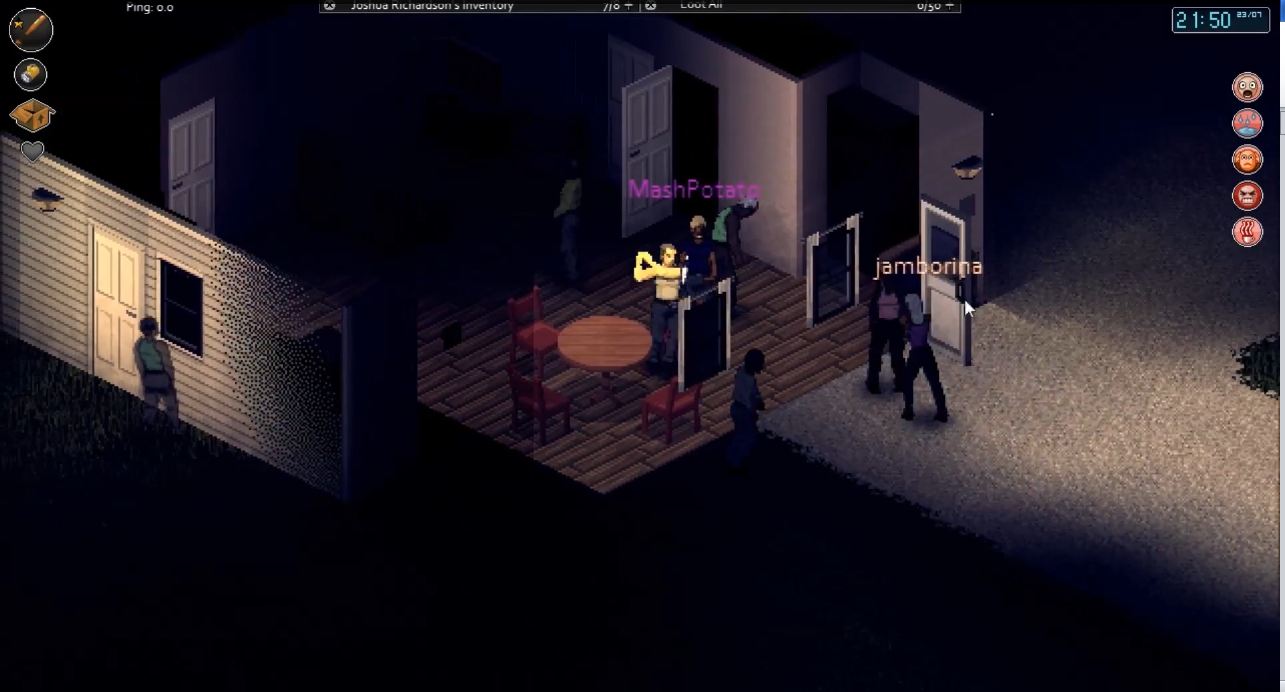 Indie Stone’s Project Zomboid has been on zombie fans’ radars for a good while now, having been funded through its Alpha model on Desura. Aside from the shift in player perspective, the game singled itself out from the competition by being single-player only, offering a pleasant respite from the shoot-on-sight bandits of DayZ and its ilk. Well that’ll be changing soon, as the developers have successfully run sessions with up to 12 players.

The blog update informs us that they’ll be aiming for persistent player-run servers, with further testing in the works to determine maximum player counts. A console-only server can be set up with all manner of parameters, including an option for co-op or PVP (“purposefully defaulted to co-op to ram the point home”).

Mods will continue to be supported as usual. On the flip-side, the developers warn that Project Zomboid is susceptible to hacking at this stage, therefore recommending players to stick to whitelisted servers with authenticated access. More information can be found in this thread.

As with other early-access titles, plenty of features are still missing. I wouldn’t recommend opting in at the moment (US$14.99, or approximately SG$19) except as a pledge of support, but if you’ve never heard of Project Zomboid before then please give the demo a try. Hopefully this would end up as a nice co-op alternative for would-be survivors. I’m also looking forward to the story, which you get a peek of during the demo.

Project Zomboid is in active development for Windows, Mac and Linux. The game will eventually release with local four-player split-screen co-op among other things.

Ade thinks there's nothing quite like a good game and a snug headcrab. He grew up with HIDEO KOJIMA's Metal Gear Solid, lives for RPGs, and is waiting for light guns to make their comeback.
Previous post Riot Temporarily Disables LoL Champion Yasuo
Next post Hearthstone Enters Open Beta in US, Other Regions Soon