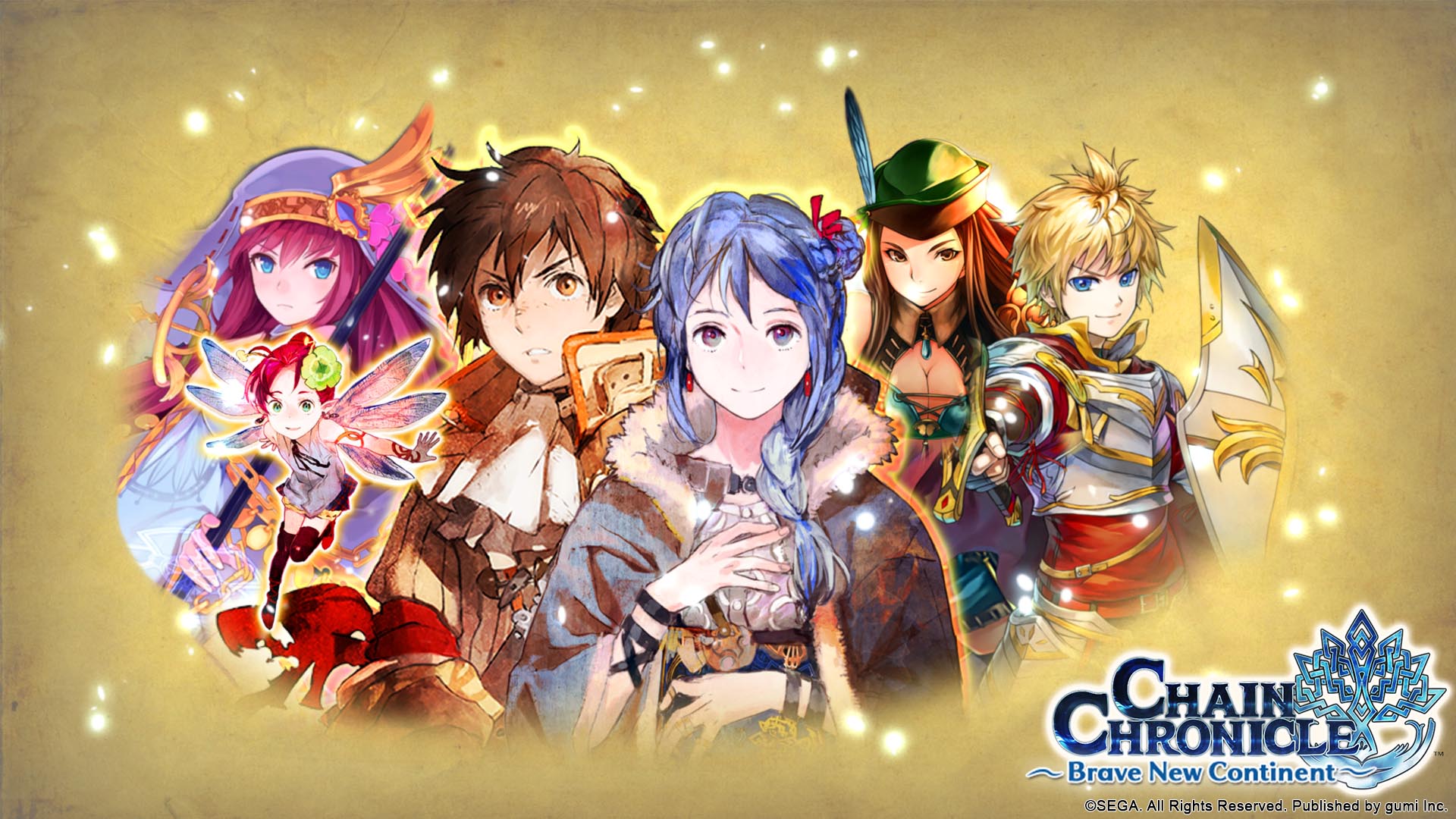 Chain Chronicle stands out as being one of the better free-to-play RPGs available on mobile. There’s a surprising amount of story in it, characters all come with unique quests, and its line defense gameplay has just the right amount of progressive challenge.

It’s been almost a year since the global version released so Version 2 couldn’t come at a better time – recent enough to entice old players to return yet not so late that the base game feels stale.

Chain Chronicle Version 2 adds the “Brave New Continent” subtitle so you can probably imagine where this is going. Our band of heroes are leaving Yggdra to sail for Crosswaters, an oceanic region consisting “three continents and several small islands”. New cultures and inhabitants call the area home but we’ll have to greet a few unfriendly elements along the way.

gumi Asia haven’t announced the full details so our best reference is with the Japanese version. A list of changes and new features has been posted by JackOLantern on the Chain Chronicle Forum, though it’s worth noting that things may change for the global servers.

In the meantime, what players can do is to pre-register for Version 2. Not only does each registration go towards unlocking milestone awards (presents for everybody!) but you’ll also get to spin a prize wheel twice daily. Each spin is guaranteed an in-game award, with the redemption code emailed after the expansion’s launch.

Chain Chronicle is available on the App Store, Google play, and Amazon.

A TV anime adaptation is scheduled to air in 2016.

Ade thinks there's nothing quite like a good game and a snug headcrab. He grew up with HIDEO KOJIMA's Metal Gear Solid, lives for RPGs, and is waiting for light guns to make their comeback.
Previous post Takeshi "Beat" Kitano Confirmed in Yakuza 6
Next post The History of the Power Glove in 27 Minutes