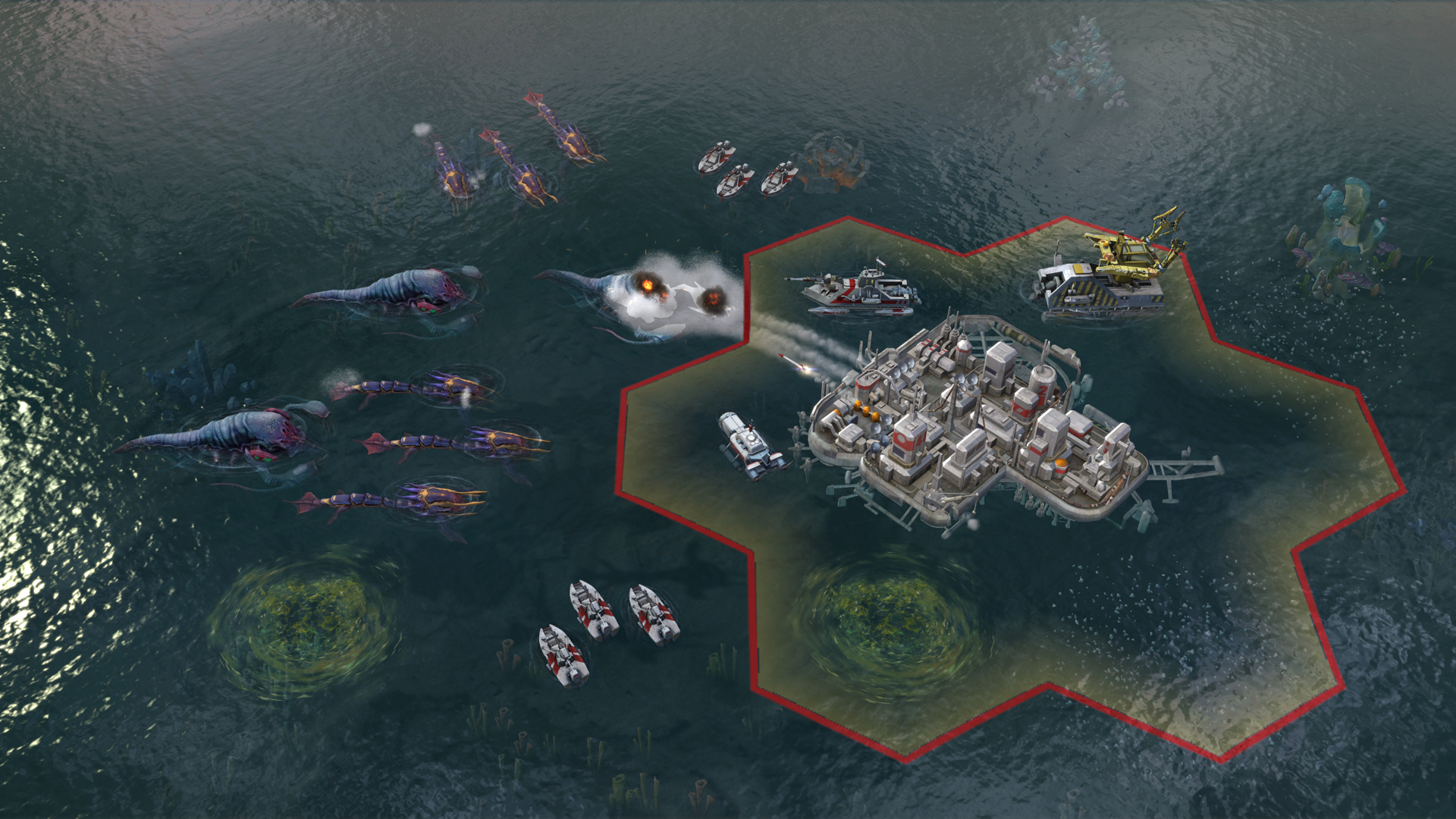 Update: There was a mistake with the pricing as it should have been in USD and not SGD. We apologize for the error.

Original: Firaxis Games and 2K have announced Civilization: Beyond Earth – Rising Tide, the first expansion pack for the turn-based strategy game. It’s currently in development for Windows PC and is scheduled to release in fall 2015 (between September and December).

Settling on an alien planet wouldn’t be wise without seeing what lurks beneath its oceans. Yes there are Krakens lurking about but that’s what the navy are for anyway. Thus, Rising Tide will now let players build floating settlements to access hidden natural resources beneath the seas. Poking about in deeper waters has this side-effect of attracting other alien beasties but surely nothing can be scarier than a Kraken. Right?

As with most Civilization expansion packs, Rising Tide provides greater diplomatic options for humanity’s new leaders. Time time around they’re basically overhauling the entire system and introducing a set of dynamic Diplomatic Traits that can be unlocked and combined as the world changes. And the world will change, seeing how we’re getting new factions, new biomes, and the ability to unlock hybrid Affinity units and upgrades.

One of the four new factions in question are the Al Falah, nomad explorers descended from wealthy and resilient Middle Eastern states. We don’t know much else at this point other than the fact that they’re led by Arshia Kishk, though having “wealthy and resilient” roots could probably result in a smoother and faster start for this faction.

Of the two new biomes, one is called Primordial. As its name suggests the biome is chaotic, wild, and rife with volcanic activity. Sounds as if the Al Falah are the perfect choice for such a harsh, changing landscape.

Rising Tide’s final feature point are alien relics which can be combined using the new Artifact System to grant powerful benefits. Without any other details this sounds similar to Archeology from Civilization V, so here’s hoping Firaxis takes advantage of their newfound freedom and tweak the system in an unexpected direction.

Sid Meier’s Civilization: Beyond Earth – Rising Tide will be available for US$29.99 (approximately SG$40) at launch.

Ade thinks there's nothing quite like a good game and a snug headcrab. He grew up with HIDEO KOJIMA's Metal Gear Solid, lives for RPGs, and is waiting for light guns to make their comeback.
Previous post Quest Drop Brings Chain Dungeons To SEA This Year
Next post Heroes of the Storm SEA Championship Announced, Qualifiers in June