PlayStation Vita gets Civilization Revolution 2 Plus on 3 Dec 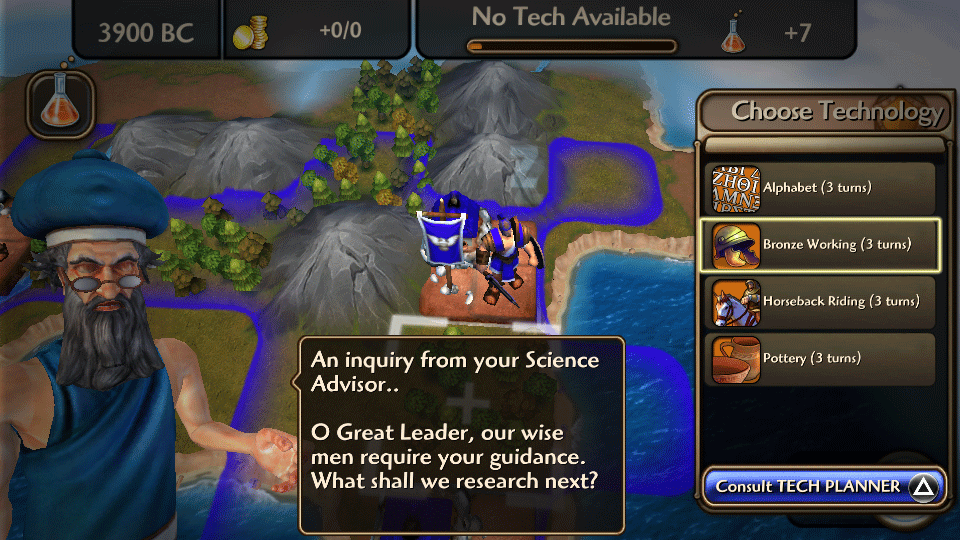 The PlayStation Vita isn’t being left out to dry just yet. 2K has revealed that Civilization Revolution 2 Plus will land on the handheld console on 3 December, 2015, allowing budding rulers to keep a close eye on their domains wherever they go.

The Revolution series are a faithful iteration of its PC counterpart, tasking players to build up their empires from lone Uruk period settler to bustling modern day city. Similarly, victory can be achieved by satisfying either Domination, Economic, Cultural, or Science conditions. That being said, expect relatively smaller maps and simplified aspects such as city management.

Originally released for mobile last year, Revolution 2 Plus has been optimized exclusively for the handheld, making it the first Civilization game to ever do so. Which is as good a reason as any to add five new scenarios, one unique unit, and three world leaders, all from Japan.

Specifically, the scenarios are named “Journey to the West”, “Wrath of Emperor Kublai”, “Samurai Invasion of Korea”, “Z-flag Swirls”, and “Dark Clouds in the Pacific”.

The honor of being a new unique unit belongs to the Yamato class battleship of World War II fame. In-game, this naval unit boasts greater attack strength at the cost of defense.

As for leaders we’re looking at shaman queen Himiko (diplomacy and government), samurai warlord Oda Nobunaga (medieval era and samurai bonuses), and Imperial Navy admiral Heihachiro Togo (navy combat). These three have fascinating histories so you may want to do some further reading on your own.

Do bear in mind that Civilization Revolution 2 Plus does not support multiplayer. It’s no surprise considering how the mobile version doesn’t have it either, and personally I don’t find the feature a good fit for a portable 4X game anyway.

Those who rather play the PC versions could consider the Rising Tide expansion for Civilization: Beyond Earth instead.

Ade thinks there's nothing quite like a good game and a snug headcrab. He grew up with HIDEO KOJIMA's Metal Gear Solid, lives for RPGs, and is waiting for light guns to make their comeback.
Previous post Review: Need for Speed (PS4)
Next post Celebrate Brave Frontier’s 2nd Anniversary All Month