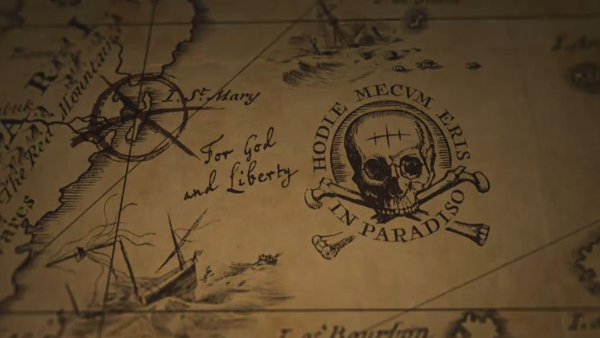 Spike TV’s Countdown to PS4 has concluded at exactly 1PM SGT, with North American fans now collecting their consoles or racing home to play them. Great for them, but there’s stuff for the rest of us too. Sony took the opportunity to tease us with new videos and, more importantly, new games!  Unfortunately, there’s only one: Uncharted by Naughty Dog.

You can’t blame them for falling back on familiar territory as they wrestle with a new system, but Nathan Drake’s last escapade still seems fresh in our memories. The teaser showed precious little, with a map being drawn whilst a vengeful man promises to drop by. Apparently there are some hints to be extracted from said map, probably a location or clue to the featured mythology.

Other game trailers were also shown, including a story DLC for The Last of Us. Hideo Kojima’s announcement for Metal Gear Solid: Ground Zeroes was frankly disappointing, where a “Déjà Vu Mission” featuring Classic Snake (muddy textures and all) will be exclusive to PlayStation 4. There also were new videos for Infamous: Second Son and Destiny (beta available first on PS4).

These have all been uploaded and linked at the end, so don’t waste your time watching the replay.

So what are your thoughts on a new Uncharted? I certainly hope Naughty Dog doesn’t get tied down to their gritty franchises forever; there’s no better time for a new idea than with a new console generation.

Ade thinks there's nothing quite like a good game and a snug headcrab. He grew up with HIDEO KOJIMA's Metal Gear Solid, lives for RPGs, and is waiting for light guns to make their comeback.
Previous post Make Space Your Own with X Rebirth, Launches 16 Nov. [Updated]
Next post Review – XCOM: Enemy Within (PC)