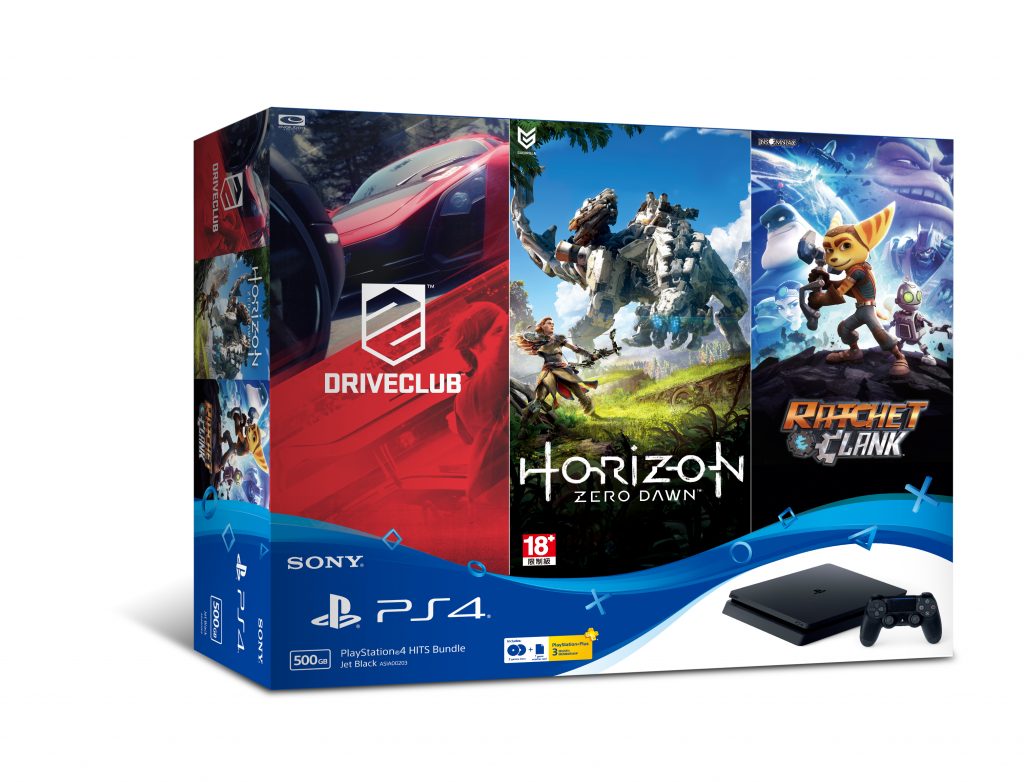 Update 21 April 2017: We’ve received word that there isn’t going to be any extended warranty for this bundle. It’s unfortunate but we still find the offer highly attractive for its games (don’t forget those free PS Plus titles).

More people may be eyeing the PlayStation 4 given the absurd amount of quality releases these past few months. To give prospective owners a head start, the local arm of Sony Interactive Entertainment has announced a bundle featuring Horizon Zero Dawn, Ratchet & Clank, and Driveclub, set to release on 3 May for S$449.

Guerilla Games’ Horizon Zero Dawn has been a smash hit this half of 2017 and people are still talking about it, even if it is internet drama (see: frustum culling incident). Sure, it’s an open-world adventure, but the game is undeniably gorgeous and a blast to play – how could stalking robot dinosaurs possibly be dull? We called it “one of the best games of this generation,” joining a chorus of approval from critics and gaming communities alike.

Ratchet & Clank by Insomniac Games enjoys its own share of acclaim too. The 3D action platformer is part of a movie tie-in based on the original PS2 title, and while the overall experience doesn’t quite live up to its progenitor, it still makes for a roaring good time. If the fantastic character and world designs don’t charm you then its arsenal of weapons surely will – “action positively gushes out of it,” so we said.

The weakest link in the bundle is racing simulator Driveclub by Evolution Studios. The developers managed to pitch a comeback from its problem-riddled launch, though it came a little too late. Nonetheless, you’ll still derive a fun couple of hours out of the game, just enough to see whether the racing genre appeals to you.

The PS4 HITS Bundle comes with a free 3-month subscription to PlayStation Plus (more games to download!). The ‘Jet Black’ console is equipped with a 500GB hard disk drive. Horizon Zero Dawn and Driveclub are included as CDs whereas Ratchet & Clank is offered as a download code.

All in all, this is a surefire option for anyone wanting to get onboard the PS4 ecosystem.

Ade thinks there's nothing quite like a good game and a snug headcrab. He grew up with HIDEO KOJIMA's Metal Gear Solid, lives for RPGs, and is waiting for light guns to make their comeback.
Previous post The new ASUS ROG GX800 is quite possibly the most powerful laptop now
Next post NVIDIA is running a Mass Effect: Andromeda screenshot competition