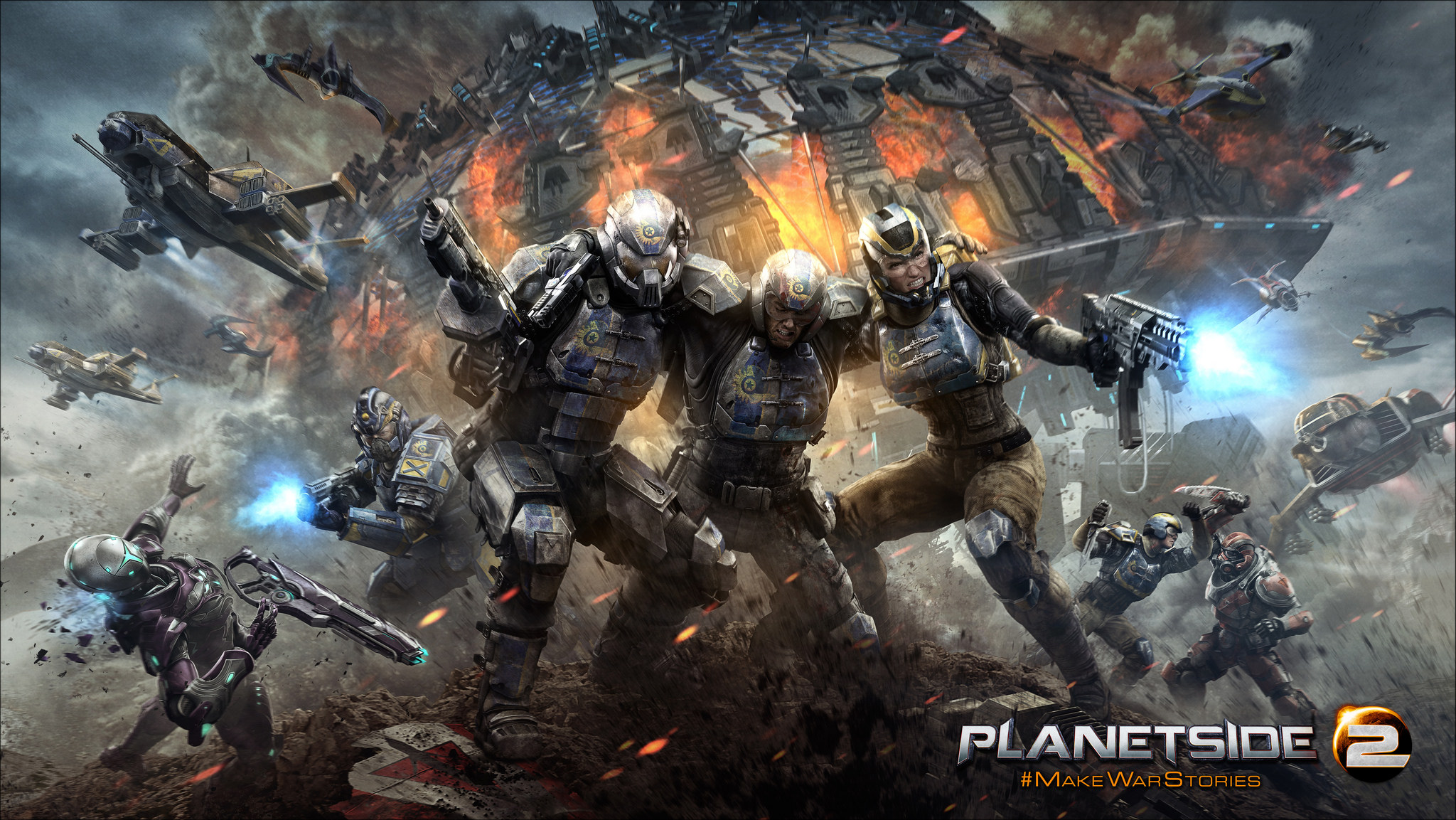 Remember MAG, that first-person-shooter supporting 256 players on the PlayStation 3? Well this console generation we get to see those numbers climb past the thousandth-player mark thanks to Sony Online Entertainment’s PlanetSide 2, which just so happens to have a Closed Beta starting later this month.

The science fiction-based PlanetSide 2 sees players take up sides in a persistent, three-way territorial conflict spread across four continents. There’s a full complement of classes and vehicles, both air and land, to help you find your place in this chaotic backdrop. If you’re tired of brief lobby sessions and want to settle in for the long run then this title might be for you.

Player progression is represented by battle rank and certifications, the latter unlocking abilities and items to tailor playstyles. While it’s entirely possible to run up to some random skirmish and shoot at anything that doesn’t sport your colours, the PlanetSide 2 experience really shows when teamwork comes into play, be it joining a squad or even a platoon.

Like its PC counterpart, PlanetSide 2 on the PS4 will remain free-to-play with a cash shop for cosmetics and convenience items such as extra character slots, loadouts or experience boosts. There aren’t any significant differences between platforms other than the user interface and for the PS4 to play catch-up in terms of content.

Currently the game is set to launch in North America, United Kingdom, Australia and New Zealand though they are exploring other countries and languages at a later date. Switching PS4 user accounts is a breeze anyway so there’s no reason not to give PlanetSide 2 a shot.

Closed Beta begins on 20 January and invites will be sent out in waves. Go register today!

Ade thinks there's nothing quite like a good game and a snug headcrab. He grew up with HIDEO KOJIMA's Metal Gear Solid, lives for RPGs, and is waiting for light guns to make their comeback.
Previous post Dreamrocket Tosses Up A Quick Distraction for Android Wearables
Next post Evolve Goes Gold, Second Round of Public Testing Next Week