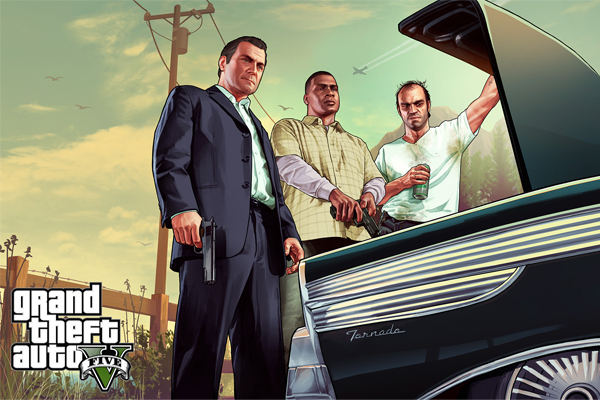 Heists seem to be the trend moving forward. We have Monaco: What’s Yours Is Mine and Payday 2 from the indie front, while Ye Olde AAA Publishers are planning to release titles like Thief and Grand Theft Auto V in the near future. That’s great because there’s nothing like a successful heist and getaway, but Rockstar are quick to point out that there’s more to the open-world life than just bank robberies. In a follow-up to their last trailer, the team has just updated the official GTA V website… with a tourist guide.

There’s a lot to see here, in a way mirroring the scary amount of detail that went into the game itself. Browse through a few sports cars and their respective 360 views; watch the campaign videos of two candidates running for “gubernatorial” office; or just take a look at what you can do for fun on land, air and sea. But look past the references to real life and you’ll see that this is GTA through and through, seeped in a style of humour the series has fondly adopted.

On self-medicating: “There are many dispensaries for those that grow truly sick of running out of marijuana.” A testimonial by a happy customer: “I love my Grotti…She treats me right, and like my ex-girlfriend, I don’t just let anyone touch her.”

It’s not as flamboyant as Saints Row but Grand Theft Auto V isn’t about to abandon its brand of (potentially offensive) fun anytime soon.

Go explore the Los Santos travel guide for now while we wait for the anticipated reveal of Grand Theft Auto Online later this week.

Grand Theft Auto V releases next month for the PS3 and Xbox 360. PC owners may get their hands on the game too if NVIDIA’s slip-up turns out to be true.

Ade thinks there's nothing quite like a good game and a snug headcrab. He grew up with HIDEO KOJIMA's Metal Gear Solid, lives for RPGs, and is waiting for light guns to make their comeback.
Previous post Oil Up Those Muscles For 30 Years of WrestleMania
Next post Phantasy Star Online 2 Heading Our Way Early 2014