Home / Latest / Games / Party up in Scribblenauts Showdown for Switch, PS4, and Xbox One

Party up in Scribblenauts Showdown for Switch, PS4, and Xbox One 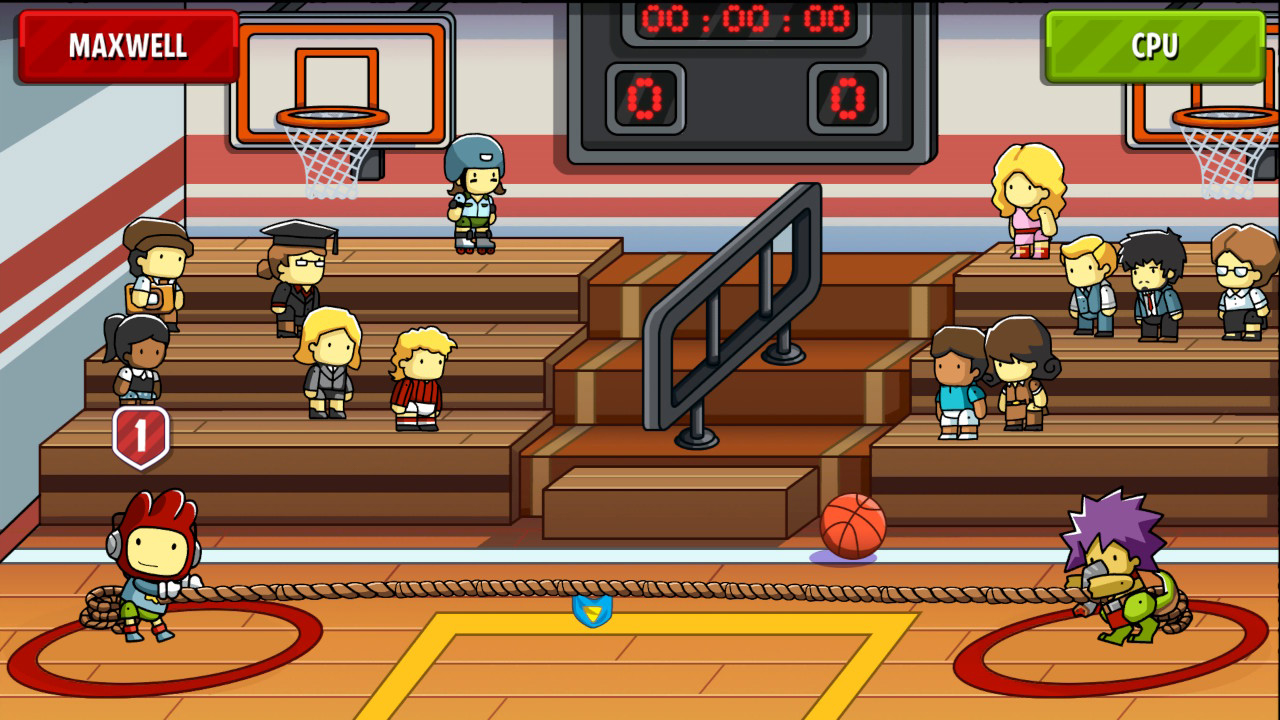 The delightful Scribblenauts has been revived as a party game for the Nintendo Switch, PlayStation 4, and Xbox One. Supporting up to four players, Scribblenauts Showdown features three modes that show off the series’ flair for creative mini-games.

Reflecting the change in direction is Shiver Entertainment, who are replacing usual developers 5th Cell. Shiver is led by former Zynga executive John Schappert and other industry vets, starting out as a mobile game company with ties to publishing giant Nexon. The last we’ve heard of them was in 2015 for mobile RTS Beasts vs Bots, making Scribblenauts Showdown their first console outing.

This is also the first PlayStation and Xbox release for the Scribblenauts series.

In Showdown, players get to choose or design their very own Scribblenaut, customized through clothing and accessories unlocked by earning Starites and completing achievements. They’ll then put their speed and creativity to the test in three different party-style modes.

The titular “Showdown” lets up to four players compete through card-based strategy and creative skill.  It all takes place on a board game-style map dominated by two types of mini-games: Wordy and Speedy. The first has players relying on a 35,000-word dictionary to summon the best object or character to outsmart their opponent, while the other rewards players who complete the challenge first. But don’t worry if you’re falling behind, as there are other ways to catch up for a surprise victory.

“Versus” mode is a two-player duel featuring more than 25 mini-games, each playlist different from the last. Those with a compulsive desire to win can also play the mode solo, before their friends and family come around.

Last on the list is “Sandbox” mode, which should be familiar to fans. Here, one or two players will get to move around eight new levels, solving puzzles and finding hidden Starites. This is also the place to unleash one’s imagination, summoning whatever objects they can think of to see how they interact with the world and one another.

Ade thinks there's nothing quite like a good game and a snug headcrab. He grew up with HIDEO KOJIMA's Metal Gear Solid, lives for RPGs, and is waiting for light guns to make their comeback.
Previous post Hatsune Miku VR heads to Steam in early 2018
Next post This 9-year old’s Gundam RX-78 mobile suit is awesome