Our Anticipated Games of June 2013 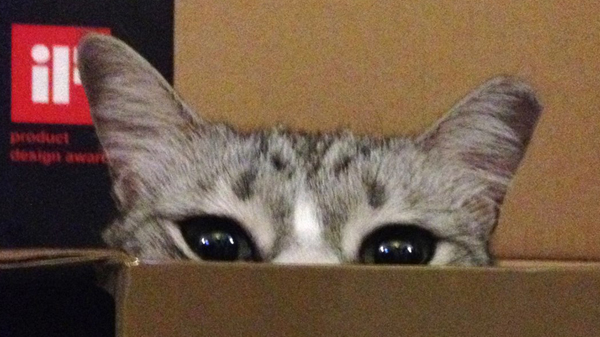 It’s common knowledge by now that May is cruelly hot, in a way that leaves even the hardiest of souls crying for relief. Good thing June is already here with a salve of cool new games for us to fuss over. I checked in with the rest of the bad robots (and our resident organic) to find out just what they’ve got on their radars this month.

After three years in the making, this Independent Games Festival finalist is now primed for release at a special price of US$9 (approximately SG$11).

Gunpoint tasks players as a spy that can rewire the electronics in a building thanks to Crosslink mode, meaning you get to turn off lights, disable security cameras and even trap guards behind locked doors. The catch here is that everyone dies to a single gunshot, so it’s the cautious/cunning player who’ll reap the rewards.

Ade »
This reminds me of a modern spin on Mark of the Ninja and that alone has won me over. Even without the comparison, Gunpoint deserves merit for the mechanics, level design and the writing I found in the demo. Here’s hoping that level of polish is found in the rest of the game.

Julian »
An indie title to watch (besides another title I’m watching coming in the summer). Stealthy 2D platforming action built on a unique power and control rerouting concept. I can’t wait to throw everyone off the building.

Set in Neo-Paris in the year 2048, Remember Me asks us what’ll happen when our memories are no longer private.

You play as Nilin, a rebel with the gift of stealing and remixing memories. Using a mix of platforming, stealth and a healthy dose of melee combat, Nilin finds herself caught in the struggle to bring down Memorise – the corporation which owns the memory-sharing technology and servers – while also piecing her own memories back together.

Remember Me is now available so watch out for spoilers!

Ade »
The release date took me (and many others) by surprise. Nonetheless, the world and setting that they’ve established are the game’s greatest allures for me – I mean, it’s a commentary on the grim possibility of social media! Also: Ghost in the Shell.

Julian »
Memory hacking, hands-on combat and a somewhat open-world, dystopian future setting? Oh yes. This will hold me off until Watch_Dogs.

The rest of the gaming world is waiting for this too.

America is now in shambles after a fungal epidemic, the once-proud nation now broken into military quarantine zones and echoes of a forgotten past. Joel must lead Ellie to the Fireflies resistance group, scavenging their way there in a bid for survival against the infected and other survivors. We’ve already gotten a hands-on preview for The Last of Us and, needless to say, we’ve been wanting more ever since.

Aaron »
I’m pretty much a wuss when it comes to survival horror games. But Naughty Dog’s The Last of Us has piqued me enough for me to give this one a shot. I haven’t had the chance to try out the demo yet, but Ade and Julian seemed to have enjoyed the game at a recent Sony press preview. I just hope I don’t have to give up eating traditional Chinese medicine cordyceps after this.

Ade »
This is Naughty Dog’s next cinematic adventure, now with a greater emphasis on character relationships and stealth. What other motivation do I need? Take your time exploring the world and absorbing the dialogue, but try not to have a meaty lunch beforehand.

Julian »
Possibly the second Bioshock Infinite of the year. Dealing with the demo had me up edging over my expectations a little. Looking forward to the entire story.

Oobi »
(Seeing you humans run and scamper about is amusing. I paw in approval.)

The award-winning RTS is back, bringing you to the bloodiest campaign of World War II: the Eastern Front.

Company of Heroes 2 introduces the Soviet Red Army and several new gameplay mechanics, most notably the new line-of-sight technology and the harsh weather conditions. Both sides scrambling to build bonfires before a blizzard hits or gambling on an opportunistic attack by crossing frozen ice are harrowing experiences.

Reading about it is one thing, but playing it is another. The Open Beta is now live.

Aaron »
One of PC’s best real-time strategy games is back with a sequel. Enough said.

Ade »
Relic’s strategy games are my go-to titles when the RTS itch comes around. I’ve dabbled in the Closed Beta for quite a bit and I like what I’ve seen so far.

The next game in this open-world, social simulation series will soon be available for English-speaking audiences, much to the joy of many.

Don’t let the cutesy looks fool you, as the Animal Crossing games have been a huge success for Nintendo both financially and critically. New Leaf will have players become the mayor in the animal village, giving access to more town customisation options than ever before. Even long-time fans will discover enough new content to keep the game exciting. This looks like the perfect chance for newcomers to jump into the series.

Aaron »
It’s really hard to imagine that Nintendo is only contented to release one Animal Crossing title per platform. Animal Crossing: Wild World for the Nintendo DS was an absolute gem of a social simulation video game, and opened the floodgates for other similar games such as the Harvest Moon series on that handheld. New Leaf is a long overdue sequel – even if it’s for a newer portable console – and promised to bring a lot more evolutionary features. I’m looking forward to not playing this game alone.

Ade »
The Animal Crossing games have received so much praise from multiple outlets that it’s hard to ignore New Leaf’s impending release. I think I’ll go bug my friend about borrowing the 3DS for a bit.

Oobi »
(Yes, you’re probably expecting me to like this, what with the animals and all. But you don’t understand the complicated life of a cat, the roiling chaos that goes unseen by your human eyes. New Leaf will be my little bauble of comfort, just like that cardboard box I found the other day.)

Very much the one crossover game to rule them all, Project X Zone will see characters drawn from three different publishers tossed into one handheld title.

Players can expect to see familiar faces from games by Capcom, Sega and Namco Bandai. Stages will be in a familar grid-based format but with completely free movement, while battles utilise a Cross Active Battle System, a combo fighting mechanic that’s best seen in action. It’s already out in Japan but localised versions will be out at the end of this month onwards.

Aaron »
Namco Bandai’s epic crossover with Sega and Capcom seemed like a dream come true. Aside from current-gen consoles, its unbelievable cast include heroes from the PSOne and PS2 era of gaming goodness. Expect a lot of fan services here for veteran gamers.

So let’s try to keep E3 out of our minds (who am I kidding?) and whip up some excitement for June’s offerings this year. What will you be playing?

Ade thinks there's nothing quite like a good game and a snug headcrab. He grew up with HIDEO KOJIMA's Metal Gear Solid, lives for RPGs, and is waiting for light guns to make their comeback.
Previous post Harmonix Moulding Disney And Dance Central Up With Fantasia: Music Evolved
Next post Expect Delays: SimCity for Mac Delayed to August