Oil Up Those Muscles For 30 Years of WrestleMania 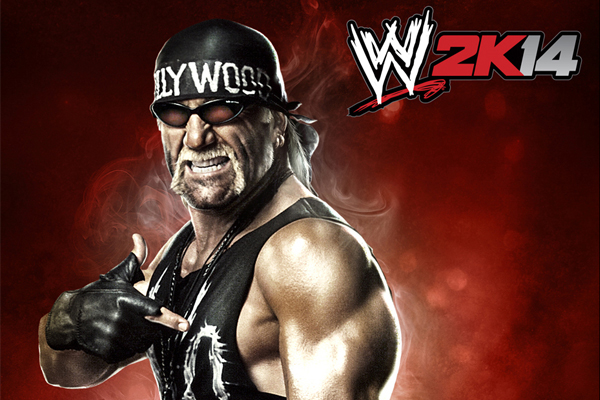 There wasn’t a picture of Stone Cold so I took the next best thing. Having entertained the baying crowd for years, the house of flying clotheslines and dropkicks that is WWE is now turning thirty — how time flies. To mark the occasion, 2K has announced a little something called “30 Years of WrestleMania Mode” for the forthcoming release of WWE 2K14. Expect a roller-coaster ride on the nostalgia train for this one.

Presented as a separate single-player campaign, 30 Years of WrestleMania will take players through more than 45 matches with a huge roster of wrestlers. Relive legendary fights like The Rock vs. Hulk Hogan from WrestleMania 18, complete with authentically recreated arenas, entrances and “era-specific graphics” which would probably look like the one below.

Sort of like a documentary where you beat each other up, the mode consists of five distinct eras in WWE history. You’ll get videos and in-game cut scenes that set the stage with detailed background information, and objectives which task you with replicating popular match moments. Doing so will unlock rewards like additional wrestlers, alternate attires, new arenas and archive photography.

It’s a great addition to what would otherwise be a yearly sequel, and the fact that it’ll be inclusive for older WWE fans gives it a far better market appeal than something filled with wrestlers someone (like me) may not recognize. Whether the game itself is any good is still up in the air of course, but good on developers Yukes and 2K for including what seems like a fun, informative bonus.

If you’re curious to see the full roster, tune in to Twitch on Sunday, 18 August at 3:30AM SGT (GMT+8) for the reveal during WWE SummerSlam Axxess, hosted by none other than Jim Ross, Jerry “The King” Lawler and Damien Sandow.

WWE 2K14 hits store shelves on 1 November for Xbox 360 and the PlayStation 3. Now who wants to open up a can of—

Ade thinks there's nothing quite like a good game and a snug headcrab. He grew up with HIDEO KOJIMA's Metal Gear Solid, lives for RPGs, and is waiting for light guns to make their comeback.
Previous post Microsoft Drops Kinect Requirement For Xbox One
Next post Plan Your Holiday in GTA V’s Los Santos