Nioh beta out now, earn the Mark of the Strong DLC 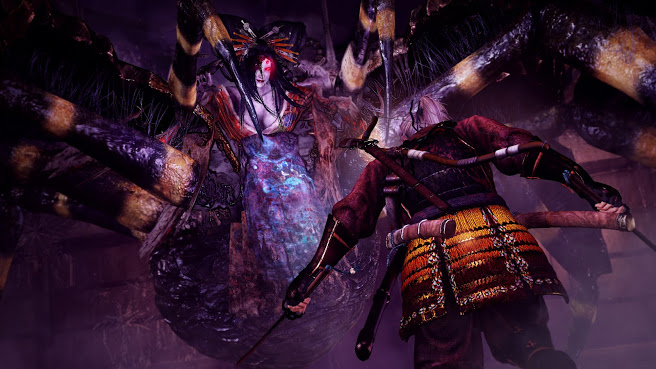 The public beta for Nioh is now available for download on the Singapore PlayStation Store. The samurai action RPG is best described as Team Ninja’s take on Dark Souls, Onimusha, and Ninja Gaiden, blending both style and difficulty against the backdrop of medieval Japan.

This beta follows up on the 10-day alpha test in April this year, which saw more than 850,000 players dying and clawing their way past the game’s ruthless introduction – we had a good time with it.

Content-wise, they’re bringing back the Usuki village stages for those who missed out on the alpha and thus, the Mark of the Conquerer DLC. Players who’ve already completed that can opt to skip ahead to the new Nakatsu stage, set “along a treacherous mountain path to a deep cave” and facing new yokai bosses. Clearing the Nakatsu stage awards players the Mark of the Strong DLC.

Both the Mark of the Conquerer and Mark of the Strong DLCs will be available at game launch. We don’t know what these entail but we’re leaning towards exclusive cosmetics – armor sets perhaps?

In addition to the Usuki and Nakatsu stages is a Training Dojo for newcomers as well as the Twilight mission, in which players revisit previous stages to battle new, fearsome creatures in exchange for better loot.

Nioh is based on an unfinished script by legendary filmmaker Akira Kurosawa. The protagonist himself is loosely modeled after William Adams, the first Englishman to reach Japan. His arrival had a highly influential impact on the country, with shogun Tokugawa Ieyasu ultimately taking him on as personal advisor under the name Miura Anjin, a legitimate Western samurai.

Other historical figures such as Hattori Hanzo and Tachibana Muneshige will also appear in the game.

The Nioh beta runs from 23 August until 6 September. The full release is slated for late 2016, exclusively for PlayStation 4.

Here’s the PlayStation Store link if you’re not at home.

Ade thinks there's nothing quite like a good game and a snug headcrab. He grew up with HIDEO KOJIMA's Metal Gear Solid, lives for RPGs, and is waiting for light guns to make their comeback.
Previous post Review: Logitech G900 Chaos Spectrum Gaming Mouse
Next post The Italian mobsters and tunes of Mafia III