PSX SEA – Monster Hunter: World is the evolutionary step forward for the series 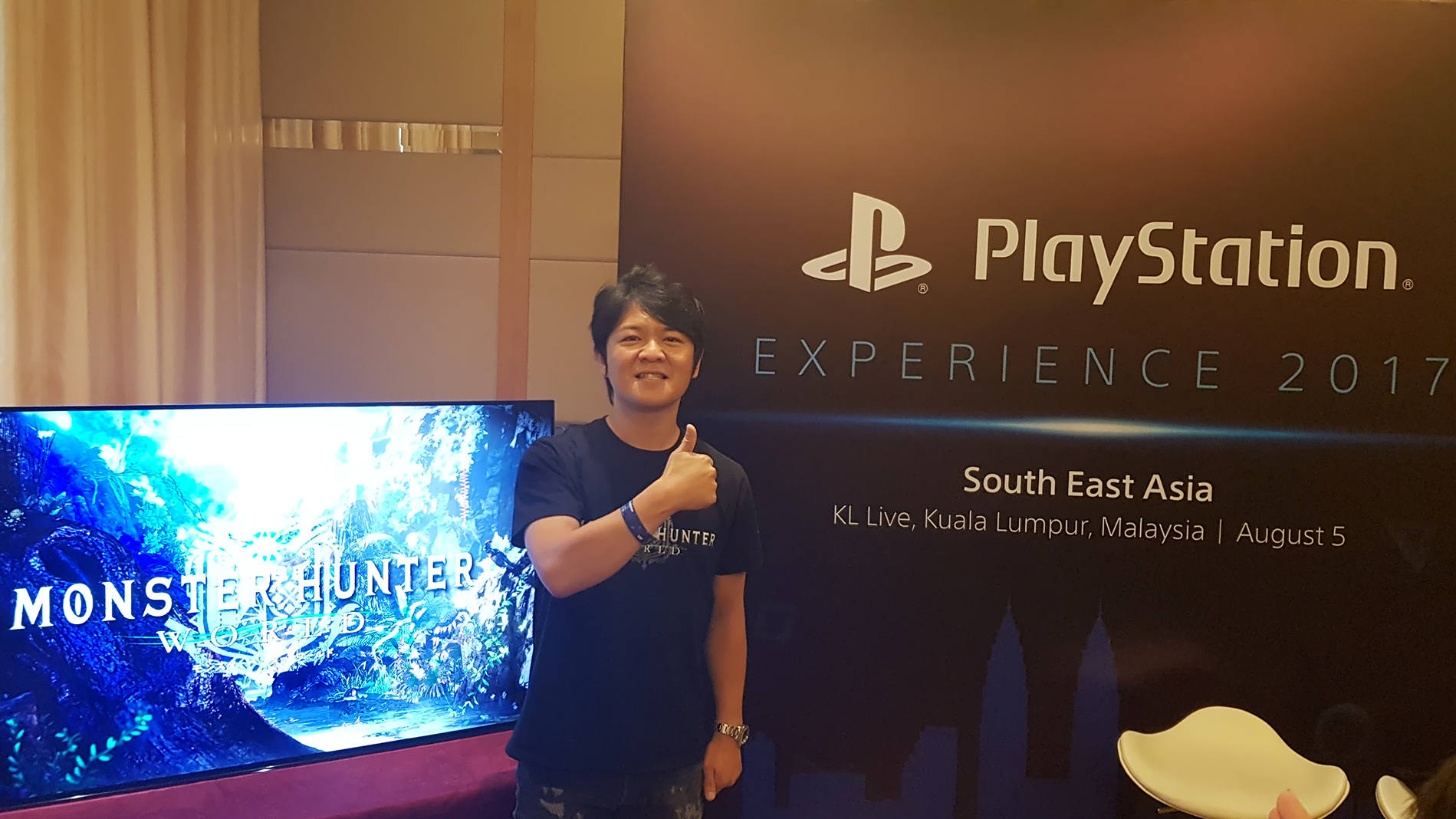 The system-selling Monster Hunter series is returning to home consoles next year, bringing with it some exciting changes. To remind us what some of these are, series producer Ryozo Tsujimoto flew to Kuala Lumpur, Malaysia, for a closed-door Monster Hunter: World presentation at PlayStation Experience 2017 South East Asia.

Aside from the vast visual upgrade that home consoles and PCs bring – and the game does look good – Tsujimoto’s talk focused on the environment’s greater role in hunting. Ledges were opportunities for jumping attacks, tree branches an anchor for grappling hooks, while vines turned into constricting traps. Yet as deadly as the forest is, nature provides some measure of respite as well – certain wasps carry large, green pods that provide a burst of vitality, saving health potions for truly critical moments.

This doesn’t mean that Capcom is upending franchise traditions. Monster Hunter: World still rewards the patient and prepared hunter, the one who takes the time to craft consumables, forge equipment, and study their target. We can still stun and cripple monsters by hammering away at their limbs, just as how we can still roast large slabs of meat over a spit. This latest installment simply evolves how players view and interact with the world, which is why they’ve slapped that fact in the title. The Ancient Forest is home to the gigantic Anjanath and much, much more.

As demonstrated in its E3 2017 reveal, Monster Hunter: World ditches the zoned hunting grounds in favor of a massive, living sandbox. Tsujimoto states that its approximately 2 to 2.5 times larger than previous installments, eliminating loading screens and keeping it dense with activity – monster territories and natural resource nodes are now accompanied by other fauna and flora, some of which may be weaponized.

This one seemingly simple change has an avalanche of consequences. While the start-and-stop nature of zones was fine for portable gaming, Capcom needed to ensure that the new player experience feels as seamless as its world. The base camp is now a location we can visit at any time, either by walking or fast travel, to swap out equipment and items. Hunters are no longer rooted to the spot when downing a potion, nor are they forced to excessively disengage from combat now that there’s a quick menu. This also means players must discover new ways of retreating, instead of relying on zone transitions.

Great care has also gone into world design, from both a gameplay and ecosystem perspective. Rather than being a blur of greenery and caves, Monster Hunter: World reworks the series’ excellently defined zones into a single, cohesive environment. Players will still associate certain areas as ideal monster hunting arenas, while also learning what the best routes are or how the monster hierarchy goes. Luring a target into groups of smaller beasts, or right into the talons of something far larger, are both viable tactics — just try not to get caught in-between. A brute wyvern, the Anjanah is a monster new to the series.

As you can see, this is still the same core Monster Hunter experience, right down to the grisly farming of bones and pelt to craft new gear. The poor Anjanath would probably be driven to extinction from the massive surge of hunters come early 2018.

Monster Hunter: World  is getting a global release for PlayStation 4, Xbox One, and PC — a huge win for fans outside of Japan, who typically had to wait years for a localized version. The game supports cross-regional drop-in/drop-out multiplayer for up to four hunters and has both gestures and in-game voice chat.

Ade thinks there's nothing quite like a good game and a snug headcrab. He grew up with HIDEO KOJIMA's Metal Gear Solid, lives for RPGs, and is waiting for light guns to make their comeback.
Previous post PSX SEA – First look at Final Fantasy XV: Monsters of the Deep
Next post Gundam Versus Open Beta Test starts this 2nd September