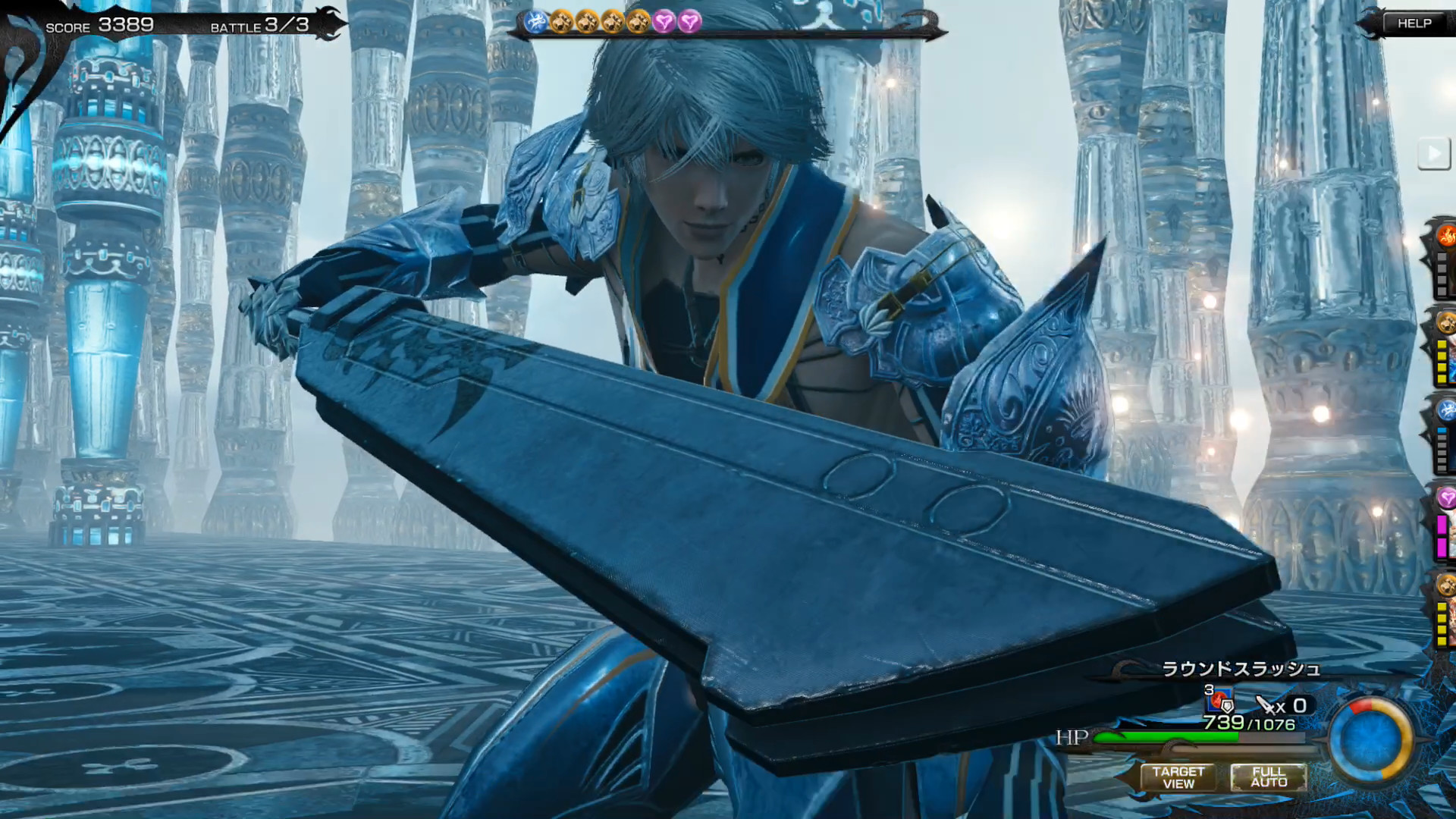 An English PC port for Square Enix’s Mobius Final Fantasy is releasing in February 2017 on Steam. The Global version comes four months after the Japanese PC release and will support 4K resolutions and 60 FPS or higher.

Originally developed for mobile devices, Mobius Final Fantasy is a free-to-play RPG tied with the ubiquitous gacha mechanic. While combat is turn-based, the game leans towards contemporary console titles in terms of presentation.

It follows the story of Wol, an amnesiac protagonist who finds himself in the world of Palamecia. Fans may already recognize hints such as Wol being ‘Warrior of Light’, the hero of FF I, and the land itself named after the empire in FF II. However, don’t expect any tie-in to the main games, as Square Enix’s mobile titles tend to be a hodgepodge of cross-overs.

A pre-release campaign will award PC users with a selection of in-game items at release. The more users Like and share the webpage on Facebook, the higher the reward tier will be. As of writing, players will get a Phoenix Down, ten Ability Tickets, and three Gold Openers.

The Square Enix NA blog did an interview with producer Yoshinori Kitase and project leader Naoki Hamaguchi, offering some insight into the game and its future.

Kitase is a veteran who directed Square’s golden era of Final Fantasy VI to Final Fantasy VIII; he has since retired that role to focus on producing. Hamaguchi joined later in 2006 but was involved in porting the Final Fantasy XIII series to Steam.

They reveal that players may use their current mobile version accounts to log into the PC version, as the two feature the exact same content aside from performance limits. Interestingly, we learn that Mobius will be using 3D resources of Cloud, Guard Scorpion, and the Mako Reactor from Final Fantasy VII Remake in a special collaboration event.

In Kitase’s words: “This was made possible because the specifications of Mobius Final Fantasy allow us to utilize the data from Final Fantasy VII Remake as is.”

The event already took place in Japan – Steparu has a recorded playthrough on YouTube if you’re curious what everything looks like.

Ade thinks there's nothing quite like a good game and a snug headcrab. He grew up with HIDEO KOJIMA's Metal Gear Solid, lives for RPGs, and is waiting for light guns to make their comeback.
Previous post Nintendo Switch will be bundled with LoZ: Breath of the Wild and 1,2 Switch games
Next post Ghost Recon Wildlands closed beta coming February 3–6