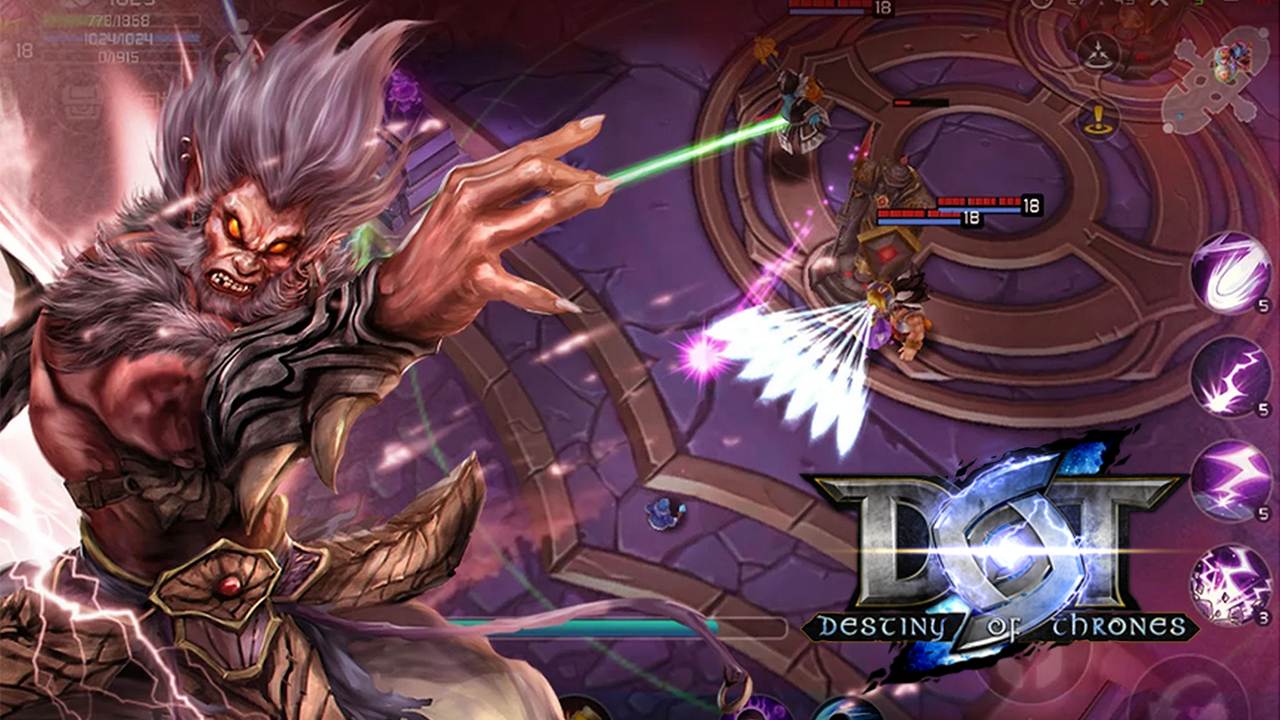 Playpark are taking their first shot at the mobile MOBA category with Destiny of Thrones, now available in Singapore and the rest of Southeast Asia.

In targeting mobile, most titles streamline the genre down to some form of arena combat. Destiny of Thrones actually ports the full MOBA experience – lanes, minions, towers, and all.

Designed specifically for phones and tablets, the game launched with over 50 characters based on Chinese mythology. Some of those names include Journey to the West’s Monkey King (Sun Wukong); the moon goddess Moon (Chang’e); and the god of death Yama (Yanluo). What better way to get acquainted with such a diverse pantheon?

Destiny of Thrones offers 3v3 and 5v5 modes, both of which can be played against AI or other online players. Remarkably, it offers cross-platform support between iOS and Android, removing one of the biggest obstacles to mobile gaming with friends.

While certain aspects had to be simplified, such as the controls, the game still requires teamwork and strategy. The retention of an in-match item shop means gold acquisition and management remains an important factor too.

Thankfully, the inbuilt voice chat means teams won’t have to rely on alternative solutions or their touchscreen keyboard – typing on a phone doesn’t exactly sound like a great option during heated battles.

Destiny of Thrones can be downloaded now from the App Store and Google Play.

Ade thinks there's nothing quite like a good game and a snug headcrab. He grew up with HIDEO KOJIMA's Metal Gear Solid, lives for RPGs, and is waiting for light guns to make their comeback.
Previous post Be the fastest ninja warrior and win a UC4 PlayStation 4
Next post Panzer of Alice turns to Singapore for Open Beta Testing