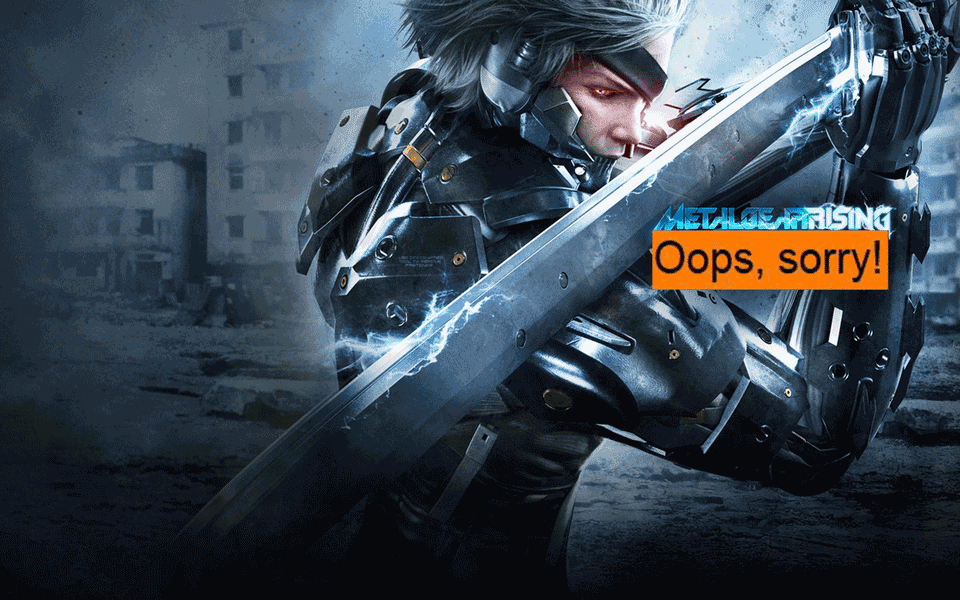 For many, Platinum Games’ Metal Gear Rising: Revengeance is nowhere to be found on Steam’s store. Turns out that region locking is involved and the developers didn’t even know about it.

Earlier this morning, Creative Director JP Kellams tweeted (via Siliconera) regarding the matter:

“Just letting everyone know: First thing I did in the office today was talk about the MGR region lock thing. @konami are looking in to it.”
-@PG_jp

SteamDB reveals that the region lock in question currently affects Asia and Ireland, going so far as to disallow cross-regional trading and gifting. The restrictions were only added three days ago, though it’s uncertain whether owners who purchased or were gifted a copy previously will still be able to play. Please take note that using a VPN or other proxy method constitutes a breach of the Steam Subscriber Agreement (Section 3A) and risks account termination. Considering the tighter control they’re imposing on the game’s distribution – most region locks simply prevent purchases, not gifts – you shouldn’t be taking any chances.

Steam user Chika Ogiue nails the situation, stating that this is a symptom of Japanese publishers’ adversity towards the PC. There’s a whole bunch of speculation as to why this is so, from cultural prejudices of the platform to business agreements with console manufacturers.

We’ll continue waiting for an official statement but dearly hope it comes accompanied by a lift on the restrictions. Turning away customers makes absolutely no sense. (A) This won’t pose a competition to the console version’s sales at this point and (B) there’s a popular distribution service doing all the work. If anything, this is just forcing people into piracy.

MGR is still unavailable for customers in Asia and Japan, nearly a day after the game’s rocky launch. For those still waiting, it turns out that there’s still some hope.

“Lots of people in Japan staying up late to make sure this gets out as soon as possible!”
–@PG_jp

The game experienced a series of technical problems at release, including a Steam bug where a lost internet connection results in a crash. Nonetheless, the consensus so far is that it’s a decent port.

Unfortunately, Konami has chosen to remain silent on the matter. Looks like we’re not getting MGR on PC anytime soon or in the near future, though you can still purchase a copy via certain workarounds without too much hassle (disclaimer applies). Alternatively find a way to play it on console. This being a Platinum game, you certainly wouldn’t want to miss out.

Ade thinks there's nothing quite like a good game and a snug headcrab. He grew up with HIDEO KOJIMA's Metal Gear Solid, lives for RPGs, and is waiting for light guns to make their comeback.
Previous post EndWar Online’s Battles to Take “No More Than 5 Minutes”
Next post Razer Shows off Modular PC and Smart Wristband at CES 2014