You too may learn particle physics thanks to Big Bang Legends 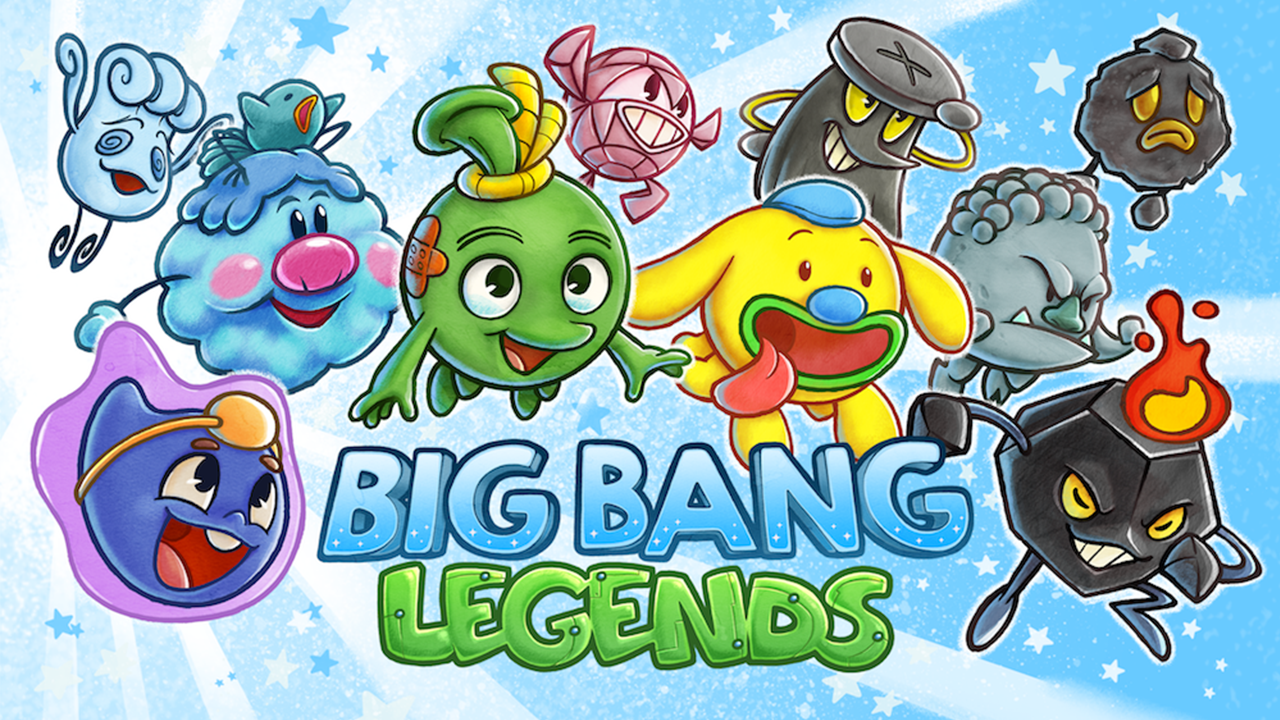 If children can memorize over 140 Pokémon then why not the periodic table? That is the question Finnish learning game studio Lightneer posits.

The team, consisting of Rovio veterans who gave us Angry Birds, was recently in Singapore to launch Big Bang Legends. The free-to-download iOS app (an Android version is slated for May 2017) blends casual gameplay with educational content, specifically particle physics, allowing young and old alike to learn about elements such as hydrogen and helium. It’s the start of a noble goal to make learning fun – “for billions, not millions” – and Lightneer hopes that the game will be the catalyst for self-driven study. Understanding atoms and molecular structure eventually leads to biology, which can then take a turn towards geography, and so on and so forth (the studio does have long-term plans to tackle these as and when the time comes).

Perhaps in twenty years’ time, a Nobel Laureate can proudly point to Big Bang Legends as the start of their calling.

Chances are, “edutainment” elicits a dry-heave out of most people and understandably so – it either feels forced and dry or doesn’t impart any permanence to its lessons. Lightneer understands this, and their approach employs what they term “stealth learning.” That is, making the experience as fun as it possibly can be, with acquiring knowledge a happy side-effect. CEO Lauri Järvilehto observed how boys in Finland were better at English than the girls were, which eventually got traced to time spent with video games and its culture. In the same way Sid Meier’s Civilization may spark interest in history, Big Bang Legends looks to do the same with physics, albeit in a far more accessible manner.

It all begins with anthropomorphism. Tapping on the creative talent of their design teams, each element is represented as a unique hero, sporting their own set of strengths and weaknesses. These characters form the foundation of Lightneer’s multi-pronged approach of making education an immersive, holistic experience, not just a one-off affair limited to a single digital game. So far, there’s already a playable card and board game, with an animated television series in the works. Järvilehto tells us that the minds behind these projects are all at the top of their class, bringing years of experience from their respective fields.

Work is already underway to craft a teacher’s guide that incorporates Big Bang Legends into the classroom, an effort made possible thanks to Finland’s forward-looking approach to education. Recent curriculum changes now grant teachers the freedom to form their own lesson plans; once complete, the studio plans on localizing the guide to other languages.

In fact, it is Singapore’s own high standards of education that courted Lightneer to playtest and launch Big Bang Legends here. However, the Finnish system differs in that they value play just as highly, and that having a fantastic education didn’t necessarily mean diving 24/7 into homework and study. Since children don’t harbor notions of what is perceived as hard, they are well equipped to handle “stuffy” subjects such as physics, so long as the content is broken down and presented appropriately.

So just what is this purported educational messiah?

At a glance, Big Bang Legends looks no different from any casual mobile game, and you’d be right – it isn’t meant to deviate from the familiar. The only difference is that the in-game elements – from the resources you collect to the heroes you create – are all related to particle physics. Players slingshot their hero element across various levels (think mini-golf), collecting quarks along the way. With quarks come protons, which in turn brings atoms and, ultimately, the elements themselves. Crafting these heroes require a blueprint which can be found via regular gameplay, and each level is as bite-sized as they come.

It progressively gets harder, of course, introducing environmental hazards and locked chests that require certain elements, but nothing that’ll have you flinging your phones and tablets out the window. When energy runs out, users simply have to watch a short video. Here’s where it gets novel: By paying a monthly $1.49 subscription fee, the typical ad will be replaced by a 30-second mini-lecture by the same folks at Oxford and CERN. Teachers and educational institutes may apply for a waiver to this fee.

Järvilehto says that the sweet spot for Big Bang Legends are users between 6-15 years old, yet that’s a figure he provides when pressed for a target audience. Ostensibly, it’s a game anyone can enjoy. During the presentation, he gives an anecdote of how he was shocked to overhear his five and eight-year-old children casually discussing atom composition while out on a drive.

The big question now is just how effective this will all turn out to be, and that’s something only time can tell. For now, iOS users may try out Big Bang Legends for themselves through the App Store.

Lightneer’s online shop, which will sell the card and board games, is set to go live in the coming weeks. The animated TV series is planned to go air in 2018 via on-demand services and, if all goes well, national broadcasters.

Ade thinks there's nothing quite like a good game and a snug headcrab. He grew up with HIDEO KOJIMA's Metal Gear Solid, lives for RPGs, and is waiting for light guns to make their comeback.
Previous post This is the ultimate Gamer’s Rage form
Next post ASUS Republic of Gamers finally announced its own GeForce GTX 1080 Ti card