Home / Latest / Games / Masquerada: Songs and Shadows out on 30 Sep for PC and Mac

Masquerada: Songs and Shadows out on 30 Sep for PC and Mac 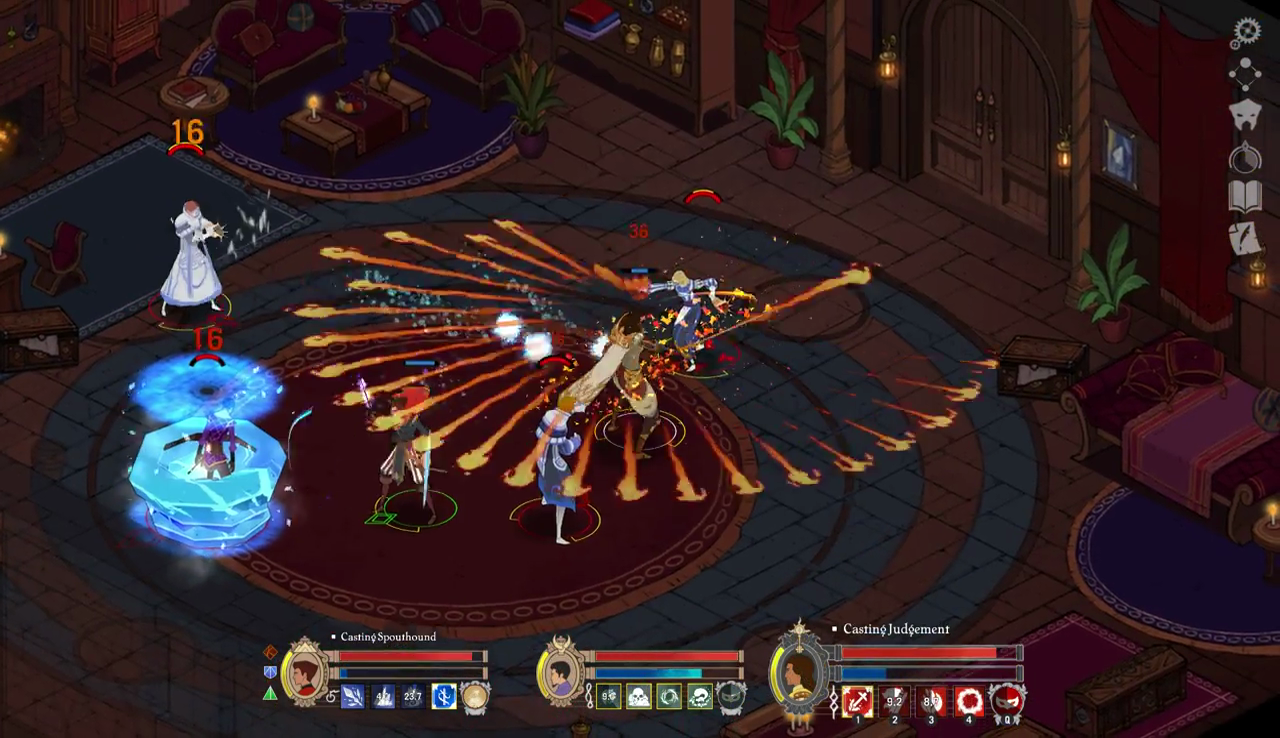 Witching Hour Studios’ Masquerada: Songs and Shadows releases tomorrow, 30 September, for Windows and OS X. In a Kickstarter update, the Singaporean developer also teased a launch trailer and an upcoming appearance at TwitchCon for a special on-stage critique.

Masquerada has been kicking up quite a storm in an age of high-quality indie games. The isometric tactical RPG – which can be paused mid-battle similar to Pillars of Eternity or Dragon Age – has been winning hearts for its premise, production values and voice cast, which includes top talents such as Matthew Mercer, Jennifer Hale, Ashley Burch and more.

Players take command of Cicero Gavar and his two companions as they uncover a conspiracy deep within the heart of Ombre, a beautiful Venetian-inspired city weighed down by civil war. Fuelling the conflict between the upper-class Masquerada and impoverished Contadani are the Mascherines, masks that imbue their owners with magic.

The game boasts an exceedingly fascinating universe where songs tell of legacy, religion fails to exist, and social issues permeate the narrative – Masquerada has courted international attention for both its gameplay and for tackling homosexuality head-on, not as a token feature point but as a matter-of-fact issue weaved within Ombre’s culture.

It’s somewhat fitting, then, that Dragon Age creative director Mike Laidlaw will be publically critiquing the game. Laidlaw will be joined by live streamer Ashe “LadyInsanity” Soriano, best known for covering Bioware’s titles, as part of a 15-minute stage show at TwitchCon 2016.

Details for the show are available on the official TwitchCon page.

Alternatively, try the free demo on Steam to get a sense of what Witching Hour Studios are crafting.

A PlayStation 4 version is slated to release in early 2017.

Ade thinks there's nothing quite like a good game and a snug headcrab. He grew up with HIDEO KOJIMA's Metal Gear Solid, lives for RPGs, and is waiting for light guns to make their comeback.
Previous post GameStart 2016 is coming! Here’s what to expect
Next post Feature: Mafia III hands-on experience