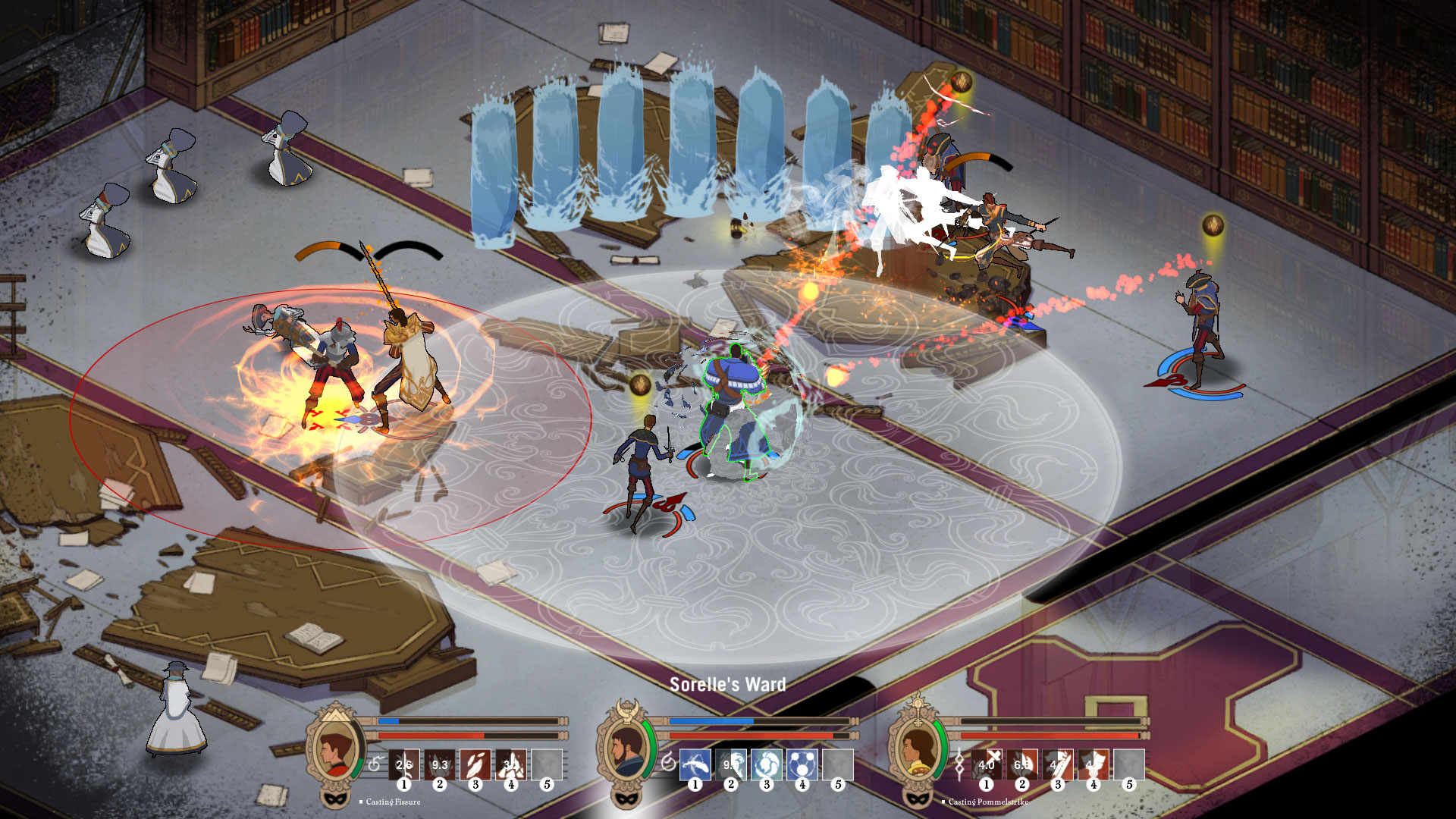 Homegrown independent developer Witching Hour Studios has put Masquerada: Songs and Shadows up on Kickstarter, in a bid to raise £45,000 (S$S86,988) for tweaks and polish.

“It’s famously said in game development that the last 20% of production is the last 80%.”

Delighting RPG fans are mentions of Baldur’s Gate and Transistor as some of the game’s inspirations, though don’t assume there’ll be plenty of pausing – rushing in headlong as if it were Diablo or any other action RPG is viable too.

We’re told to expect a fully-voiced, tightly-woven adventure that emphasizes characters and setting more than it does loot and other distractions, topped with social commentary. What’s impressive is that this giant production is a PC and PlayStation 4 debut for the small studio, who’ve been honing their craft with well-received mobile strategy games since 2010.

Alas, time and money have run out. A publishing agreement with Ysbryrd Games stipulates that funding ceases on April 2016, which is why the team is now back-pedalling on their decision to skip crowdfunding. Thankfully, the situation isn’t as dire as it sounds.

According to Witching Hour, Masquerada: Songs and Shadows is currently feature complete – the game can be shipped as early as next month, needing only QA testing at this point. It would not, however, be as good as it can be. We’ve seen plenty of big-budget studios delay their games for further polish, so is it any wonder that an indie developer would want the same? At the end of the day, it’s all about delivering the very best.

The £45,000 they’re asking for “keeps the lights on and feeds people for another three months.” During this time, the team will continue iterating on combat encounters as well as improving visuals. Only 25% of this amount will be used to fulfill backer rewards and, in a nod to project management, no stretch goals are in sight.

It turns out that homegrown singer-songwriter Inch Chua has joined that list, providing the vocals for the trailer track “Broken Clay”. There’s no indication if her involvement extends beyond that and, even if it did, we’re sure they’ll want to keep it a surprise.

The minimum pledge to back Masquerada: Songs and Shadows is £14 (S$27), which gets a digital copy on Steam (PC/Mac) or PlayStation 4 in addition to a mention in the credits. Bumping it up to £20 (S$39) tosses in a digital copy of the soundtrack. At higher tiers, physical goods such as box copies, figures, or even a poster signed by the cast members become available.

Visit the Kickstarter page to find out more about the game and reward tiers, or simply for a link to the Steam demo.

[Disclosure: The author has backed this project.]

Ade thinks there's nothing quite like a good game and a snug headcrab. He grew up with HIDEO KOJIMA's Metal Gear Solid, lives for RPGs, and is waiting for light guns to make their comeback.
Previous post Unboxing the Kingston HyperX Cloud Revolver Headset
Next post Razer Turret brings the keyboard and mouse combo to living rooms