Marvel Tsum Tsum has 2-player co-op, out now for iOS and Android 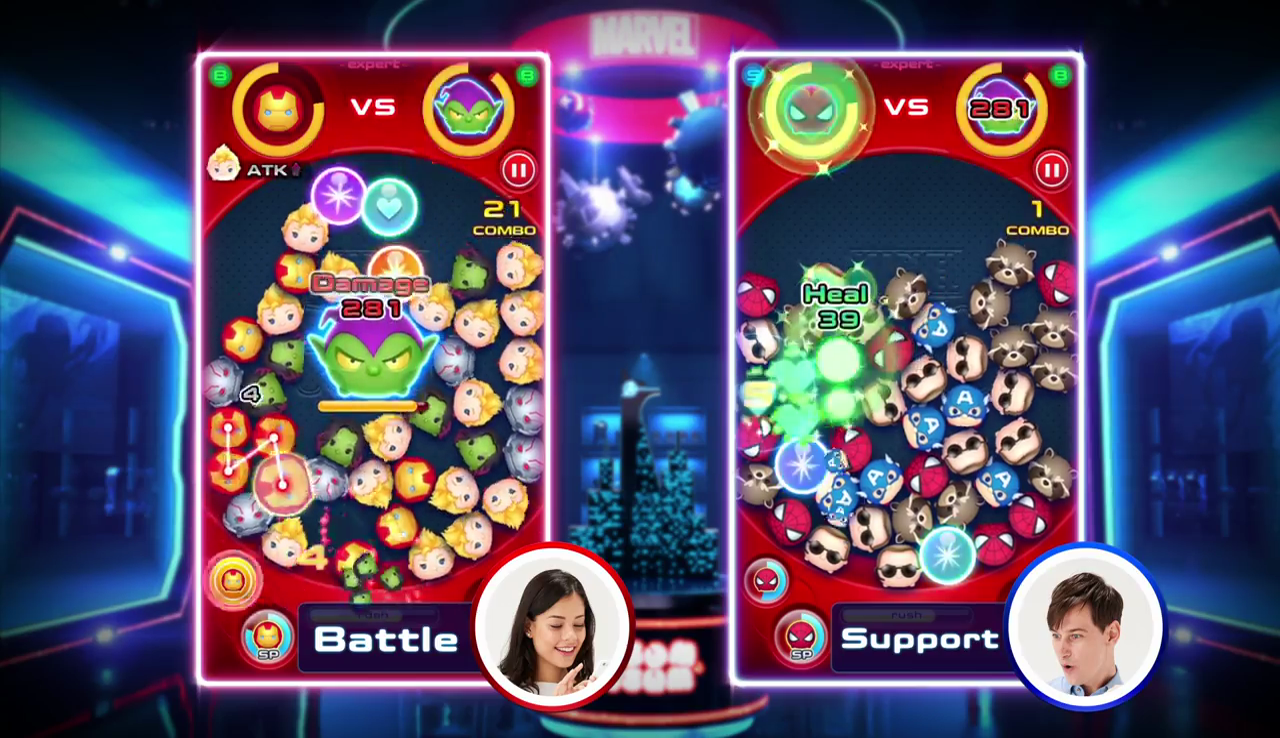 Japan-based mixi has announced the global availability of Marvel Tsum Tsum, a smartphone puzzle game that replaces familiar Disney characters with super heroes and villains from the Marvel Universe.

The Tsum Tsum games can be summed up as a connect-three derivative, except the Marvel version spices things up with a new mode, team building, and a revamped character progression system. The global release follows a successful US launch in summer, which was itself preceded by a Japan-only release in early 2016.

Battle mode has players taking on foes such as Venom and Ultron, represented as a larger, roaming Tsum head with its own health bar. Players can spawn bombs by pulling off longer chains or take advantage of the special skills and abilities that charge up via the whole connect-and-erase mechanic. They can also team up with a friend in Multiplayer Battle for greater challenges and rewards.

New to the series is the Stage mode, which groups a series of missions for players to undertake. They’re themed after locations in the Marvel Universe – both comic and cinematic – and mostly boil down to completing certain tasks within the allotted time. These missions typically wrap up with a Battle game of its own too.

All these are propped up by a web of progression in the form of character and team building, not unlike most other mobile RPGs. As such, expect a good amount of farming, saving, and praying to the ever-fickle RNG gods, provided Marvel Tsum Tsum hooks you in just the right way.

Just look at those things – they’re like guinea pigs in full cosplay.

And with Marvel being such hot property right now, you can definitely expect to see some tie-in content. To highlight the upcoming Doctor Strange movie, players will get to use the titular character and his mentor, The Ancient One, to defeat long-time adversary Baron Mordo.

Grab Marvel Tsum Tsum from either the App Store or Google Play.

Ade thinks there's nothing quite like a good game and a snug headcrab. He grew up with HIDEO KOJIMA's Metal Gear Solid, lives for RPGs, and is waiting for light guns to make their comeback.
Previous post Catch the PGL CS:GO Minor Championship Asia live on Twitch
Next post Masquerada: Songs and Shadows Review (PC)