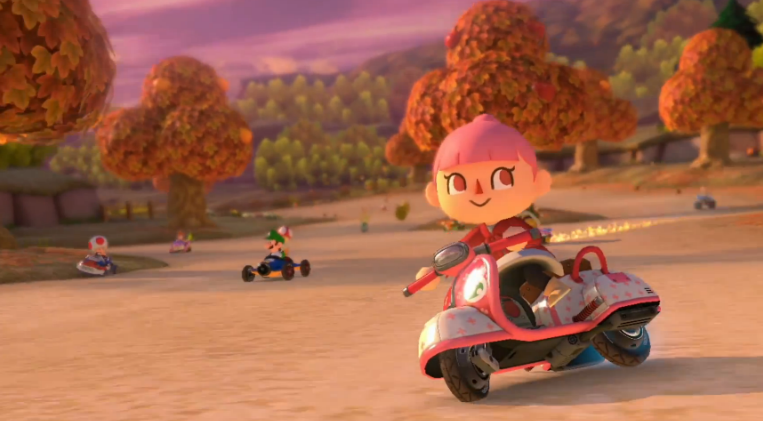 Animal Crossing has already infiltrated the wider Nintendo universe in Super Smash Bros. 4, so it was only a matter of time before they started poking their heads in Mario Kart 8 too.

Come 23 April 2015, players can race as either the Villager, Isabelle, or Dry Bowser on eight new tracks and in four new vehicles. The DLC pack will set your Wii U storage back by at least 1GB and your bank account by US$7.99 (approximately SG$11).

A better deal would be picking up both the Animal Crossing and The Legend of Zelda DLCs as a bundle – at US$11.99 we get to save on a few dollars and score eight new colors for Yoshi and Shy Guy as a bonus.

What really matters are the courses, though, so check them out for yourself.

Not all is lost should you choose not to spend, however. 23 April will also be the day Mario Kart 8 gets a 200cc category as a free update, so maybe it’s time to polish up on those 150cc races as preparation.

Ade thinks there's nothing quite like a good game and a snug headcrab. He grew up with HIDEO KOJIMA's Metal Gear Solid, lives for RPGs, and is waiting for light guns to make their comeback.
Previous post The Wargaming April Fools' Special!
Next post Attack on Titan, Fatal Frame, and Fire Emblems In Latest Nintendo Direct