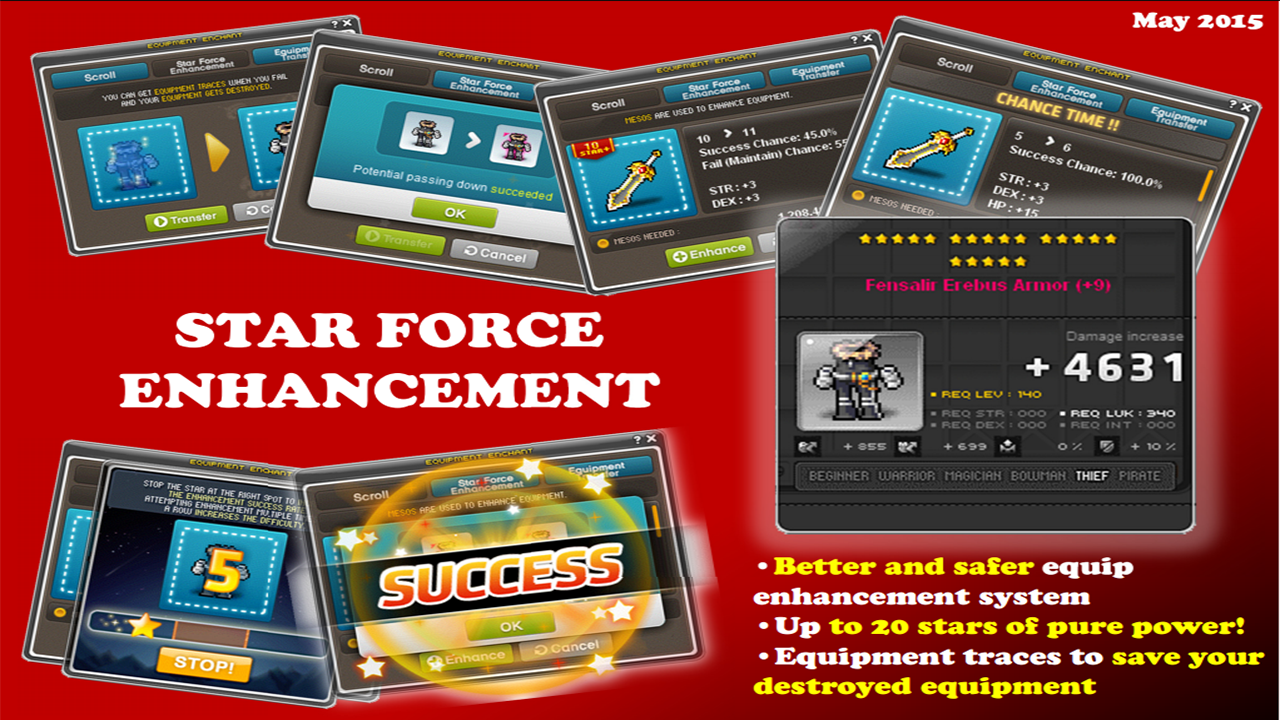 Believe it or not, MapleStory has been around for a decade now and the updates are still coming hard and strong. At a closed-door event for fans here in Singapore, Asiasoft touched on the latest patch as well as plans for the game’s 10th anniversary this coming June.

First up we’ve got the new Star Force Enhancement, where equipment can now be upgraded up to 20-star levels. Should a failed attempt result in destruction instead of a lost star, players will receive an Equipment Trace which allows them to transfer all stats of the destroyed item onto a new copy. Note that the Trace only works with the Star Force UI and not with other enhancement methods.

This Star Force phenomena wound up benefitting the monsters too. A number of maps have been completely Starstruck, making the monsters much tougher than usual. On the plus side they’ll give more experience and have better drop rates, but players should ensure they meet the minimum requirements if they plan on dealing any damage.

With even more accessory sets available – on top of new weapons and armour, of course – it’ll be reassuring to know that character looks can be saved thanks to the Beauty Salon. As for a quality-of-live improvement, SP can now be maxed with a single click.

All that hits the MapleStorySEA servers in May although Asiasoft does have more in store. June will see the addition of a cross-world Star Planet while July introduces the Mu Lung factions of Dragon and Tiger in a Beasts of Fury update. Beyond that we’ll simply have to wait and see.

The MapleStorySEA client can be downloaded from the official site, or stick around on the official Facebook page for more updates.

Ade thinks there's nothing quite like a good game and a snug headcrab. He grew up with HIDEO KOJIMA's Metal Gear Solid, lives for RPGs, and is waiting for light guns to make their comeback.
Previous post Cabal 2 Needs Focus Testers in Singapore and Malaysia
Next post WWE 2K15 Debuts on PC with Modding Support