Make Space Your Own with X Rebirth, Launches 16 Nov. [Updated] 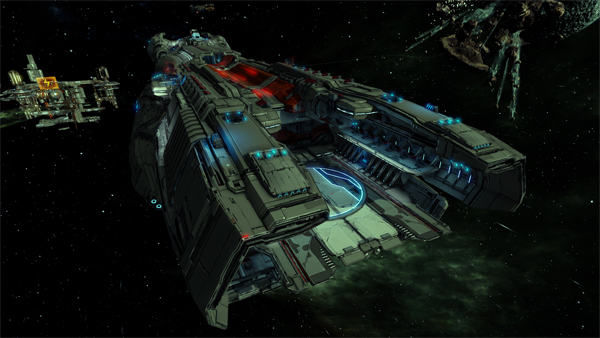 Update: Unfortunately, Egosoft has fallen prey to an old habit of releasing broken games. On the bright side, they’re also known for their long-term support. I recommend waiting a few months for them to patch the game before taking a second look at it.

It’s a tad poetic how the first game marking the space simulator resurgence has a title like “X Rebirth”. After a prolonged delay, Egosoft’s take on the neglected genre will finally have you hurtling across space by tomorrow, 16 November. Gracefully flit between warring battleships or hurl into a bucket from motion sickness – time to find out what sort of pilot you make!

In truth, Egosoft has been staunchly making space sims for over a decade, with their last release being 2011’s X3: Albion Prelude. With X Rebirth, the developers hope to make a fresh start with all the experience and feedback they’ve accumulated since 1999. While not a looker like what Star Citizen is shaping up to be, it definitely looks impressive. The game also deserves credit for its sheer scale and amount of content its promising.

No, really – you’re free to tread your own path among the vastness of space. Players can be “a trader, an explorer, mercenary, fleet captain, builder, miner, or any combination of these.” There’s a campaign mode to help you make sense of everything but once you’re done with the story (or should you choose to skip that) there’s a Free Play mode to do whatever you want. I foresee people naming their ships “SSV Normandy” among other things.

There’s a launch trailer but it’s practically useless, so here’s an earlier trailer instead. Browse the channel for other videos, particularly those showing mechanics.

It might run the risk of being so large that it doesn’t engage you with long-term goals, but we’ll have to see if the in-game simulations manage to keep ahead of that. Here’s hoping that docking the ship will no longer prove an exercise in space accidents.

X Rebirth is available only for Windows PC.

Ade thinks there's nothing quite like a good game and a snug headcrab. He grew up with HIDEO KOJIMA's Metal Gear Solid, lives for RPGs, and is waiting for light guns to make their comeback.
Previous post "Beach Bum" GTA Online Update Brings The Action To The Beach Next Week
Next post PlayStation US Launch Event Teases New Uncharted Game