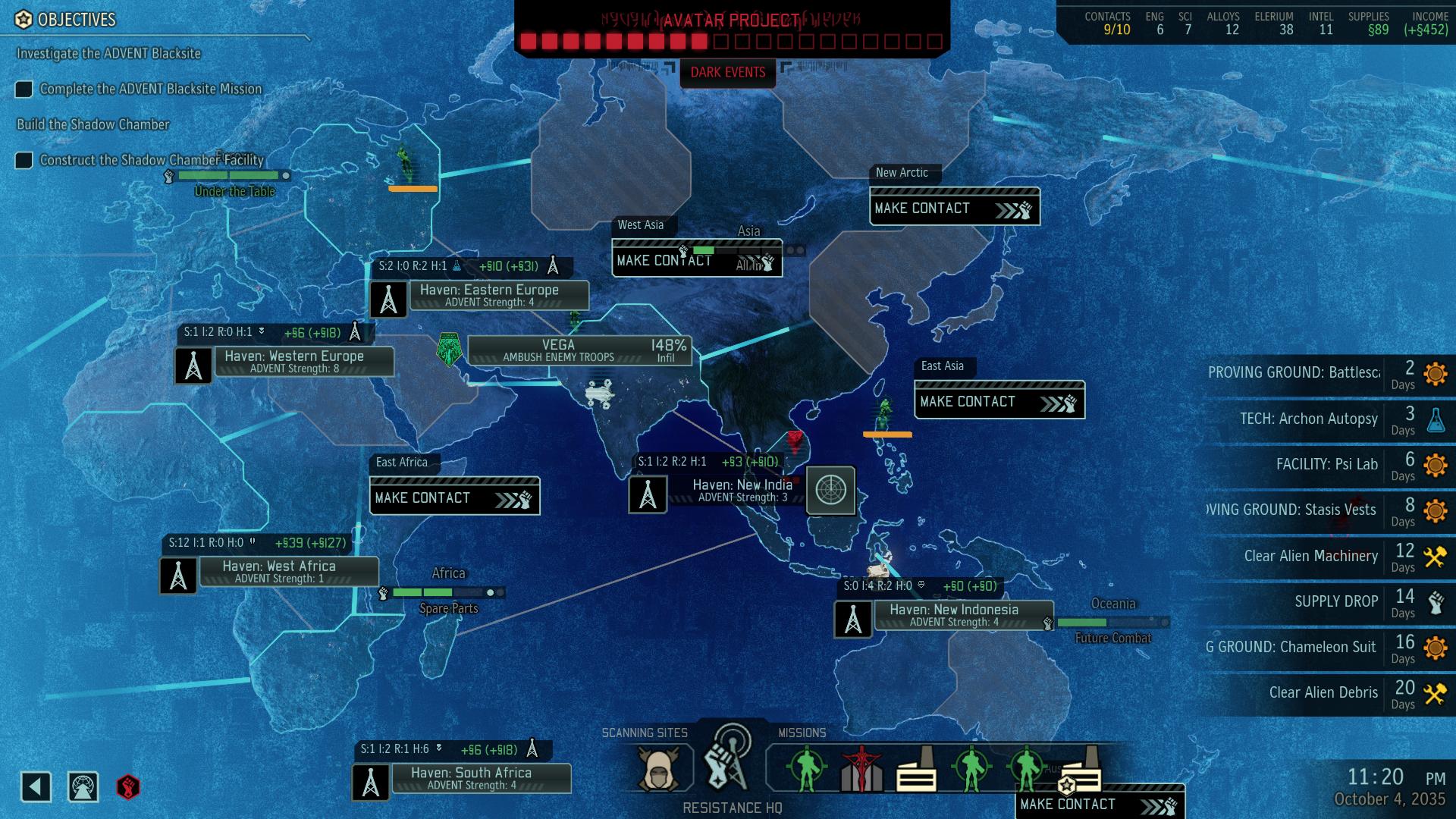 Pavonis Interactive has released Long War 2, an XCOM 2 mod that not only adds a new campaign but also introduces new elements to both the strategy and tactical layers.

To use their description of it:

Long War 2 is a significant overhaul of XCOM 2 aimed at giving players the feel of running a worldwide guerrilla war against ADVENT and offering them a greater variety of strategic and tactical experiences.

The campaign has been lengthened to “100 to 120 missions on average,” where players engage in tactical hit-and-run strikes against the alien occupation. Advent now moves their troops on the map in response to XCOM activity, their strength determining mission difficulty. It’s up to the player to manipulate their foe, striking at weak points while building a global resistance network. We can even liberate an entire region from Advent control, granting resource gathering boosts and triggering the Avatar plot line.

Yet the AI is no pushover. They are the larger, dominant force on Earth and they’ll make players pay for every inch of progress. While the human insurgency gets a new soldier class and a host of tweaks that build upon Pavonis’ previous mods, the aliens will be prove themselves an (at times overwhelming) challenge. They’ll spread out and hunker behind strong cover, with reinforcements coming in hard and fast – even uncontacted alien pods will react to the situation, moving to flank the squad or to defend an objective.

As the name implies, Long War 2 will be a slow grind to a possibly slim victory. It’s a love letter for fans of the original, merciless X-COM series and, as such, isn’t going to be for everyone. However, some players have been fuelling debate over balance and how certain mechanics have been handled. It’s still early days for the mod, so expect to see updates in the future.

Essentially, Long War 2 provides an opportunity to replay one of 2016’s best games from scratch, without costing users a single cent. What more could one ask for?

The mod currently doesn’t work for Mac and Linux. Pavonis says “a fix is in the works” – keep up with the conversation here.

Official downloads and instructions can be found on both Steam Workshop and Nexus Mods.

Ade thinks there's nothing quite like a good game and a snug headcrab. He grew up with HIDEO KOJIMA's Metal Gear Solid, lives for RPGs, and is waiting for light guns to make their comeback.
Previous post BenQ Zowie FK and ZA series review: Less QQ, more pew pew
Next post Win 10 Game Mode and Xbox One accessibility lead ‘Creators Update’