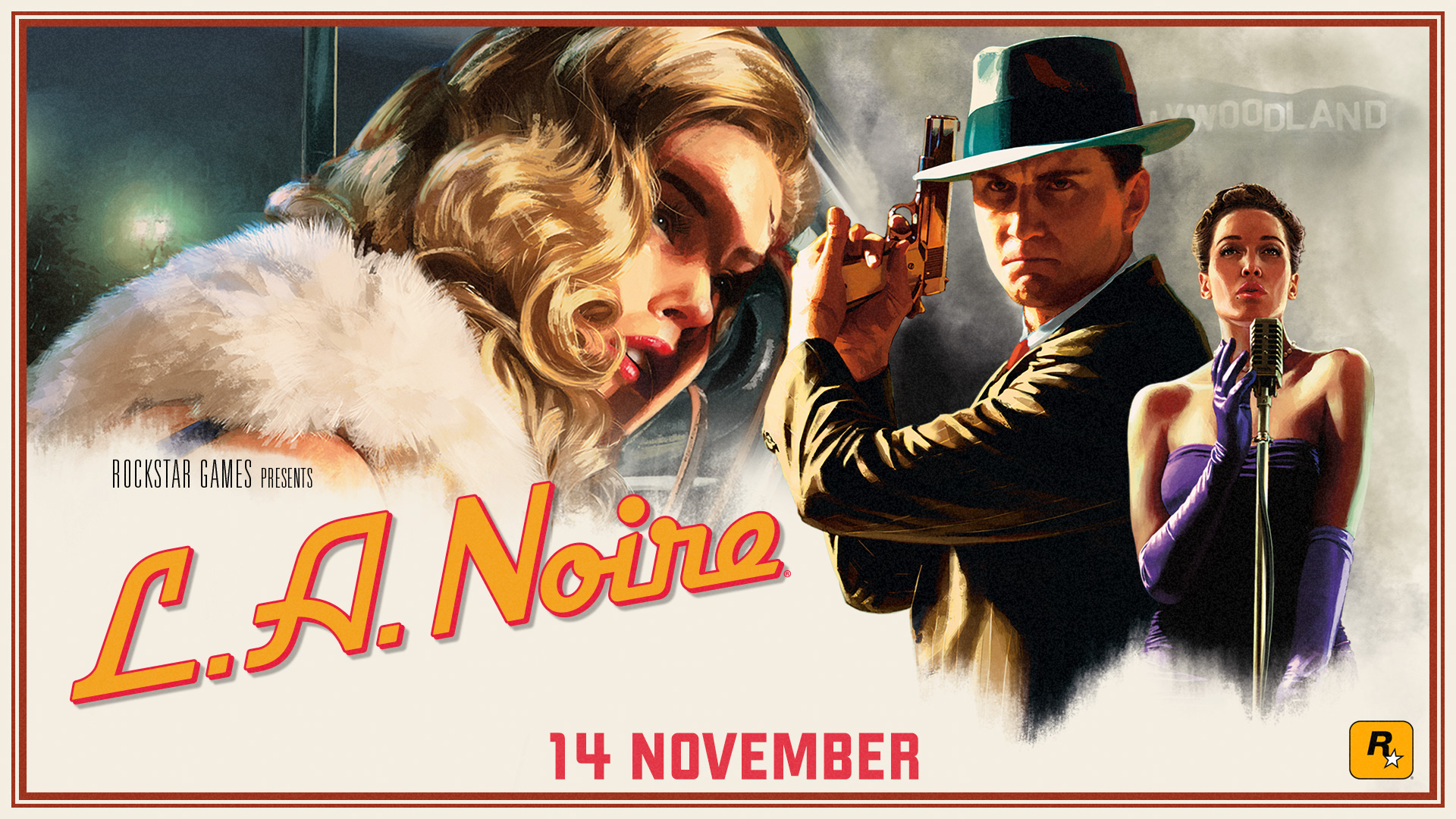 Rockstar are cracking open the old file cabinet to bring back L.A. Noire, the 2011 detective thriller best known for using MotionScan facial capture technology. The re-release comes to the PlayStation 4, Xbox One, and Nintendo Switch systems on 14 November 2017, with system-specific enhancements taking advantage of the various platform hardware.

In L.A. Noire, players take on the role of detective Cole Phelps, a World War II veteran and former LAPD patrol officer. His investigative aptitude soon leads him into a cobweb of scandal and corruption, strung together by a series of cases inspired by real-world crimes of the 1940s. Blending open-world gameplay with linear action sequences, the game drew heavy attention for its realistic facial animation, used as an actual gameplay factor during interrogation scenes.

On PS4 and Xbox One, the restored L.A. Noire sports enhanced lighting and clouds, new camera angles, and high-resolution textures among other things. It’ll run in native 1080p for the standard consoles while the PS4 Pro and Xbox One X gets a resolution bump to 4K.

The Switch takes those enhancements down a different route. On top of HD rumble and new camera angles (wide and over-the-shoulder), the Nintendo version also comes with contextual touch screen controls and a Joy-Con mode with “gyroscopic, gesture-based controls.” Since L.A. Noire is already available on PC, Rockstar approached the platform from a different perspective. L.A. Noire: The VR Case Files rebuilds seven cases from the original game into a virtual reality powered adventure. It’s the company’s first dip into VR and they couldn’t ask for a better match, given the game’s heavy emphasis on visual presentation. Unfortunately, only HTC Vive is listed as a supported system thus far.

This may not be the sequel fans had been hoping for but, to be fair, we already have a new Red Dead Redemption to look forward to. This re-release should tide us over (and win new fans) for the current console generation, while Rockstar figures out who should lead development for the next L.A. Noire – the original developers, Team Bondi, closed in 2011 after failing to secure a new project under the shadow of controversy. The game itself was a commercial success.

Here’s the launch trailer for the PC version, released five years ago:

Ade thinks there's nothing quite like a good game and a snug headcrab. He grew up with HIDEO KOJIMA's Metal Gear Solid, lives for RPGs, and is waiting for light guns to make their comeback.
Previous post Taiko No Tatsujin: Drum Session! rolls out on 26 October
Next post The Hidden Gems of STGCC 2017 that you wouldn’t want to miss!