Home / Latest / Games / The King of Fighters XIV is coming to Steam, closed beta this month

The King of Fighters XIV is coming to Steam, closed beta this month 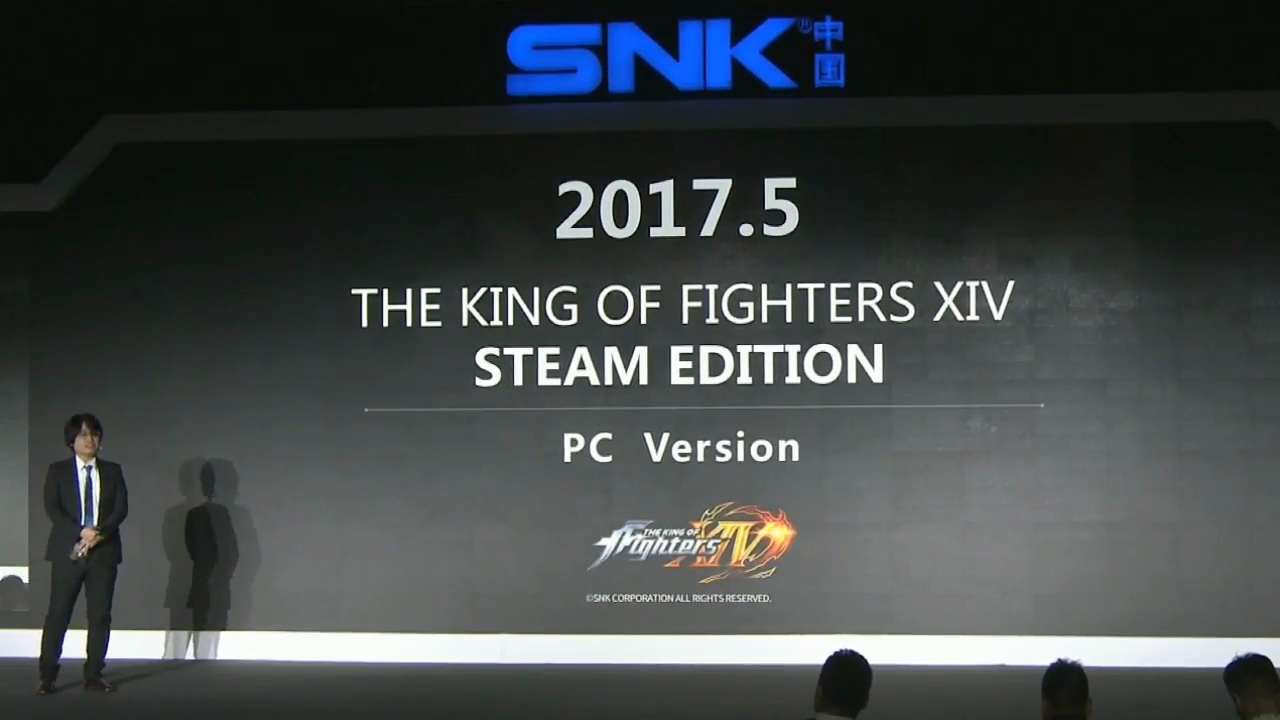 SNK China has announced The King of Fighters XIV for PC. The game will be digitally distributed via Steam, with a closed beta test scheduled later this month.

The news comes from a multi-panel King of Fighters conference held in Beijing earlier today (via Gematsu and @gatoray_kof), organized to celebrate the franchise’s past, present, and future.

Director Yasuyuki Oda took to the stage for the reveal, stating that pre-orders and a closed beta test are coming in May 2017. There were no mentions of a release date or cross-play support with the PlayStation 4 version, which launched in August last year. There’s also the question of whether the PC release will come with DLC characters Whip, Vanessa, Yamazaki, and Rock Howard.

SNK are ramping up KOF’s exposure in more ways than one. There’s China-exclusive mobile MMO The King Of Fighters World, the animated series The King of Fighters Destiny, and a live-action TV drama, all of which are currently in production. We can expect to see more merchandise too, banking on the franchise’s wide roster of characters.

The King of Fighters XIV is the first new entry since 2010, receiving strong reviews on PlayStation 4. It signaled the console gaming comeback for SNK after an extended focus on pachislot and mobile, the change of heart prompted by SNK’s acquisition by Chinese company Leyou Technologies.

Here’s hoping they cast their gaze on Metal Slug or the many other 2D fighters in their history next.

Ade thinks there's nothing quite like a good game and a snug headcrab. He grew up with HIDEO KOJIMA's Metal Gear Solid, lives for RPGs, and is waiting for light guns to make their comeback.
Previous post Review: Is Sniper Ghost Warrior 3 (PS4) the sniping game we are looking for?
Next post Review – Berserk: Band of the Hawk (PS4) is a big fan service