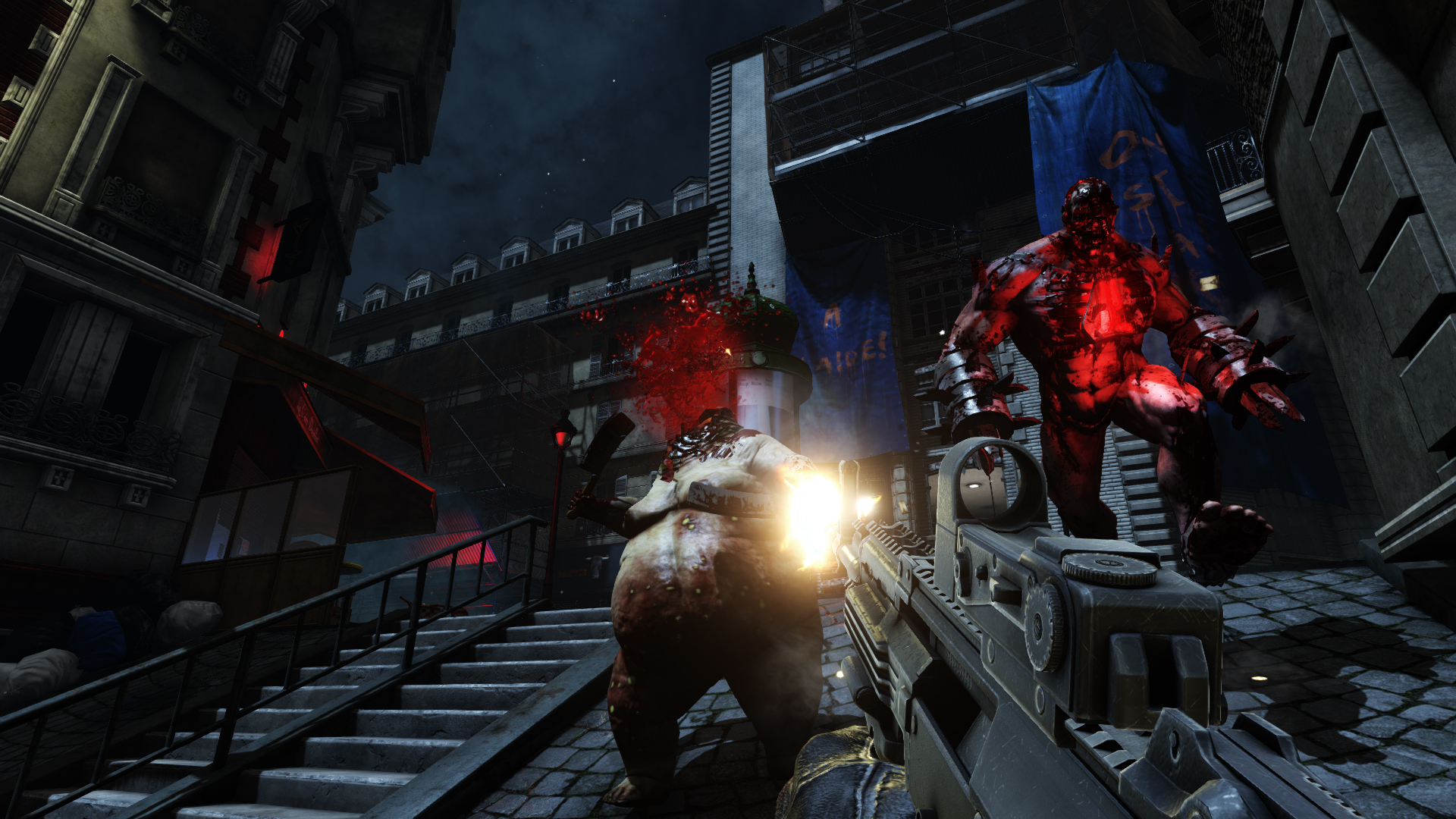 Tripwire Interactive’s Killing Floor 2 is now available on Steam Early Access for SG$29, allowing you and five other friends to paint cities with monster blood. Lots of monster blood.

There aren’t many games that come onto Early Access in such a polished state. Indeed, the only thing holding Killing Floor 2 back from having a proper launch is content. There are more perks and maps to come in the following months, but for now here’s what players will get:

There will be a bunch of free content updates up to and beyond launch.

Those who would like to spend more can consider the Digital Deluxe Edition. Priced at $39, it includes a copy of the original Killing Floor, digital copies of the artbook and soundtrack, the DJ Scully character, and a number of cosmetic items.

The developers are actively seeking feedback so hop on to the official forum to do just that.

Players in Singapore can consider joining the Brutus.SG servers, a group that has been up and running for Killing Floor since 2010. Thinking of getting your own server instead? Try this list.

I’d hate to be the clean-up crew.

Ade thinks there's nothing quite like a good game and a snug headcrab. He grew up with HIDEO KOJIMA's Metal Gear Solid, lives for RPGs, and is waiting for light guns to make their comeback.
Previous post Quest Drop Announces Partnership with MOL
Next post Warhammer Gets Total War Treatment Thrice