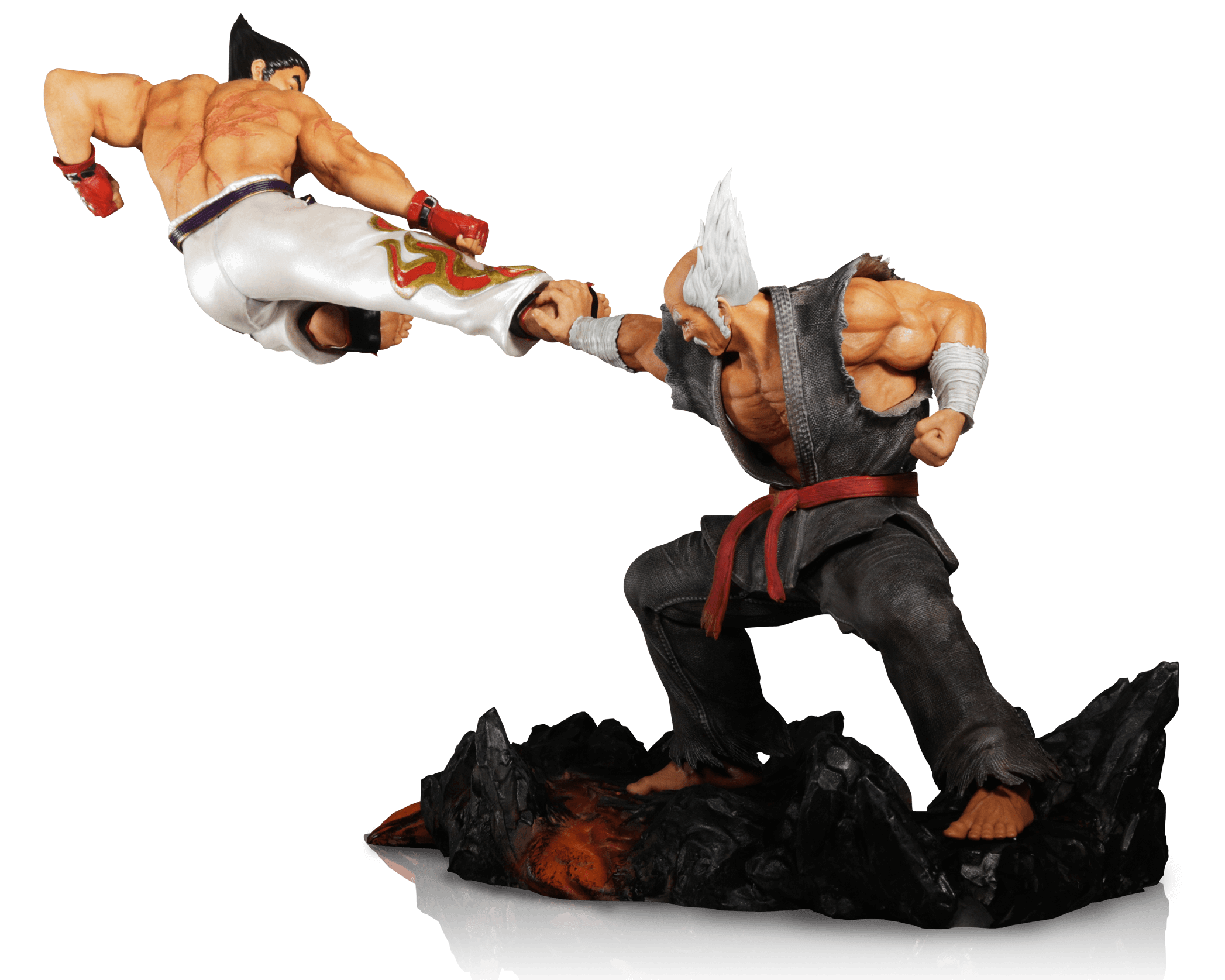 Bandai Namco Entertainment has a fitting collector’s edition statue for Tekken 7. The Mishima family feud has been a central plot to the fighting game series for most of its run, a revenge-fueled tale focused on Kazuya and his father, Heihachi. Fans can soon capture that struggle with this 30 × 45-centimeter statue of the two locked in combat, the younger Mishima’s flying kick frozen in mid-air.

Photos of the statue have already been out for some time. The news here is essentially for Tekken 7 pre-orders, which are now open for Southeast Asia. Those who choose to do so get early access to the vampiric Eliza.

As for the Collector’s Edition, Bandai Namco has packaged the statue along with a steel book and a copy of the game’s official soundtrack.

Digital pre-orders can now be made on Steam and the respective PlayStation and Xbox stores. If it’s the physical editions you’re after then check in with your local retailers.

Alternatively, keep an eye out for these Tekken 7 Funko Pop! figures if you’re willing to trawl eBay and the like.

Ade thinks there's nothing quite like a good game and a snug headcrab. He grew up with HIDEO KOJIMA's Metal Gear Solid, lives for RPGs, and is waiting for light guns to make their comeback.
Previous post Classic Star Wars games on offer in GOG.com sale
Next post Gears of War movie picks up Ghost Recon Wildlands’ writer