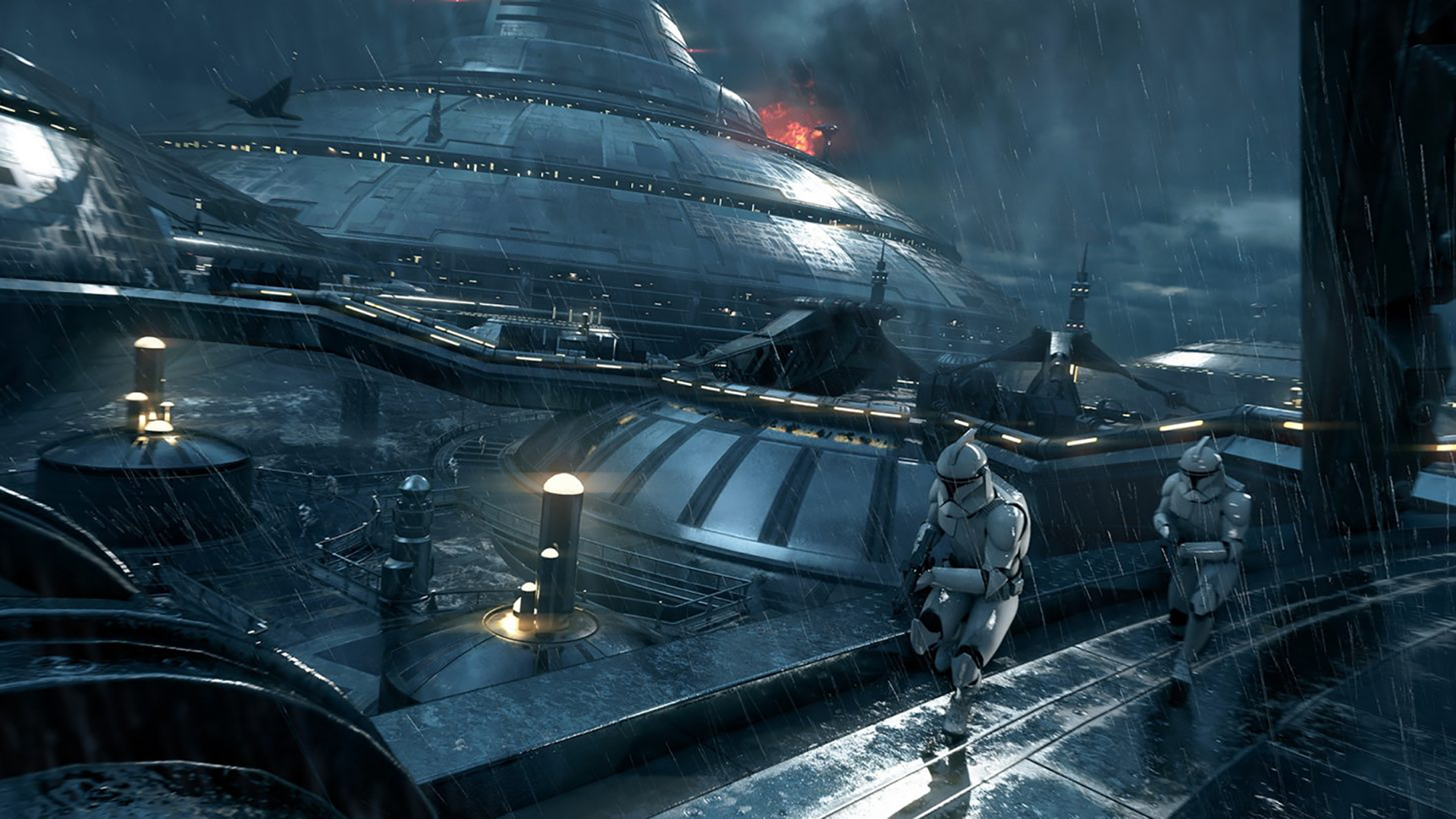 EA has dropped a new trailer for Star Wars Battlefront II, going over the game’s core features as narrated by John Boyega, aka Finn the First Order defector. It’s a gorgeous four minutes, almost making one forget some of the problems the first game had, but for now let’s just indulge in the visual splendor.

Seeing space dogfighting making a return never gets old. Here’s another video if you need more.

In any case, the video highlighted some of the different locations we’d get to see in Galactic Assault, the series’ iconic large-scale multiplayer battles. More details on those maps, as well as their unique objectives, can be found on the official site.

On Kashykk, players will relive the amphibious assault that the Separatist army launched on the Wookie homeworld.

Aboard the doomed Death Star II, a crash-landed CR90 Corvette starship results in stranded Rebel forces weathering indoor firefights as they scramble to make an escape.

Then there’s the raid at Starkiller Base, where the Resistance attempts to free prisoners from the Imperial base.

There’s a themed approach to each of these Assaults and they genuinely sound fun.

As for the gameplay, players can find out first-hand what it’s like once the open beta goes live from 6—9 October (pre-orders get in two days earlier). Testers will have a go at Galactic Assault, Starfighter Assault, Strike, and Arcade, each mode taking place on a single, different map. Be warned that the download is 55GB with no pre-load dates scheduled. It’ll take a while.

Star Wars Battlefront II releases on 17 November for PC, PlayStation 4, and Xbox One.

Ade thinks there's nothing quite like a good game and a snug headcrab. He grew up with HIDEO KOJIMA's Metal Gear Solid, lives for RPGs, and is waiting for light guns to make their comeback.
Previous post TGS 2017: The exhaustive guide to TGS -Part II-
Next post Intel touts its 8th-generation Coffee Lake processors as their best gaming CPUs ever