Home / Latest / Games / Infinity Blade 3 Out Next Week, Will End the Series

Infinity Blade 3 Out Next Week, Will End the Series 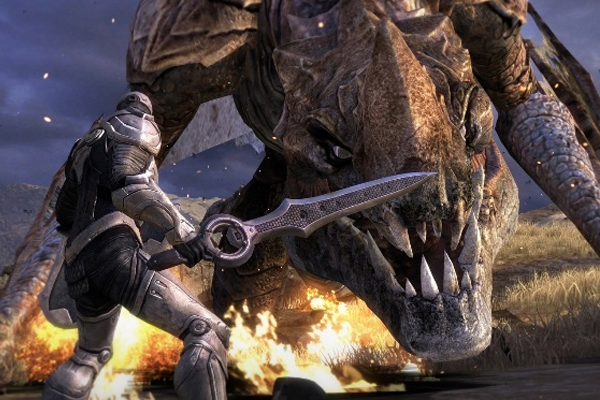 It’s only been a handful of years but an end is already in sight for this iOS series. Set to release next week, Infinity Blade 3 will be the final instalment in this fantasy/sci-fi trilogy. On the bright side this will also be the largest game yet, so expect to see a lot of new features.

According to a preview by Modojo, Infinity Blade 3 will let players choose between Siris and Isa as they strive to stop the Worker of Secrets. Taking place across a map landmarked by eight castles, players get to return to a hideout after each quest for an open, nonlinear experience. This home base can be populated by four comrades recruited along the way, each offering upgrades as the merchant, blacksmith, craftsman and potion master.

This crafting system, which includes making new spells, will augment the loot and experience points system that’s the mainstay of the series. For example, a weapon that has been mastered can be re-forged to unlock new abilities. At launch, all items in the game can be upgrade to level ten.

As for the two protagonists, each will have three unique combat styles at their disposal, as well as over 135 weapons and items specific to that character. With different moves, combos and weapons to master, Infinity Blade 3 has a lot to offer in the long run.

There’s also the multiplayer portion which has been completely revamped. Clash Mobs will get a timed, impromptu raid against a giant enemy going on; Trials ranks and scores a player’s performance against a horde of enemies; and Aegis Tournaments will be an event-based, prize-laden ladder where only the top 50 percent of that particular round get to advance.

Ade thinks there's nothing quite like a good game and a snug headcrab. He grew up with HIDEO KOJIMA's Metal Gear Solid, lives for RPGs, and is waiting for light guns to make their comeback.
Previous post Square Enix Looks At Free-to-Play for Development Sustainability
Next post The Bold and The Colourful: Apple announces 5S and 5C iPhones