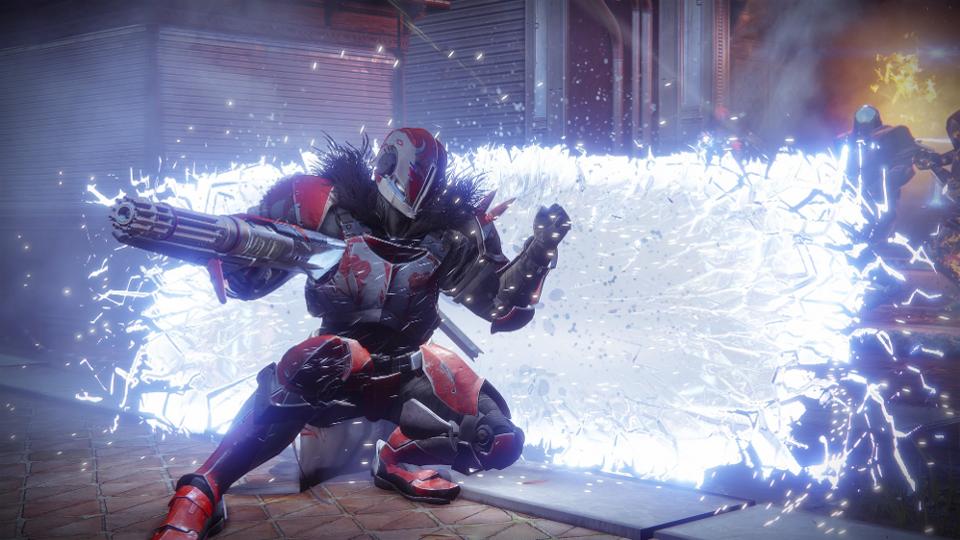 The original Destiny was the first game I owned when I bought my PlayStation 4 back during The Taken King expansion. Despite the rocky start that the game endured, I found it to be pretty fun and challenging – especially when going against one of the big bosses of the game, Crota. Despite that, Destiny was not without its flaws, the main story line was mediocre at best and loot drops were disappointing (to say the least) despite hours of grinding.

Like many others, I had the opportunity to jump into the recent Destiny 2 beta. Experienced Destiny players will find that Destiny 2 is both different yet still very much the same.

Starting up the game, players get to choose one out of the three available classes, Titan, Hunter and Warlock. After picking your class, the game then jumps right into a cutscene which many would probably be familiar by now. The Cabal have attacked Earth’s final city and you, a fellow guardian, must fight through waves of Cabal Legionaries and various other enemy types. Mini bosses throughout the game were not just bullet-sponge types but requiring both skill and strategy to start hurting them.

The most iconic moment during the “Homecoming” mission was going through the Tower’s rubble only to see that the Traveler, the mysterious spherical object that floats on top of Earth’s Last City, was being wrapped by some hideous spider-like technology that sucks the light out of the Traveler.

Destiny 2 graphics were a lot like its predecessor. However, Supers in Destiny 2 looked and felt powerful, which vastly differs from the original game. Having my Titan execute a Super was an awesome experience in Destiny 2 Beta. Even though the duration of the Super can be a little bit too short, watching my Titan surrounded with a purple aura around her armour while carrying a shield in one hand as she rips through the Cabal like paper was an incredible experience.

Confident as I was when I played Destiny 2, I thought I would not die during my first mission. I planned not to until I encountered a rotating Honey Dipper of doom. It was simple, get into a room and kill the source of energy while doing your best to avoid the rotating turbines but I jumped a little too late which caused the inanimate object to hit and instantly killed my character. Good thing was, I wasn’t the only one who encounter this simple obstacle which Kotaku perfectly described the similar struggles I went through at that moment.

Playing the Inverted Spire mission in Destiny 2 Beta also showed off some of the coolest and challenging boss fights I encountered. Protheon, the Modular Mind Boss fight was divided into three phases. The first was the easiest as the boss’ predictable actions gave me enough time to find cover and not get hit. The second and third stage of the fight got more intense as the Modular Mind attacks had more speed and damage and the situation started to get out of hand. We had trouble fighting both the boss and the accompanying minions with limited cover while doing our best to revive fallen teammates. It was a fun experience nonetheless, as the Modular Mind was the type of unique and challenging boss fight that was missing in the first game. I’m hoping the final build of Destiny 2 will feature more of them.

Unfortunately, loot drops can still be hard to find in the beta, especially for Heavy Weapons ammo. This time around, weapons such as the Sniper Rifle and the Shotgun are now categorised under the Heavy Weapons slot in Destiny 2. With the scarce Heavy Weapon ammo drops, I found myself rarely using the Heavies so as to save ammunition for the eventual boss fights. Abilities also seemed to have a longer cool-down here.

All in all, I was impressed by my experience with Destiny 2 Beta. It retains the elements that made the first game unique, but with noticeably improved elements. Still, I am hoping that there would be further improvements when the game launches on September 6 for consoles and October 24th for PC.

Garet loves his Strategy and RPG video games and cares deeply for the genres. Offline, he tell tales and heroic acts of characters that braved impossible odds in Dungeons & Dragons.
Previous post Prepare to go Legendary in Pokémon Go
Next post Netflix’s latest film, Bright, is like Shadowrun in a present setting