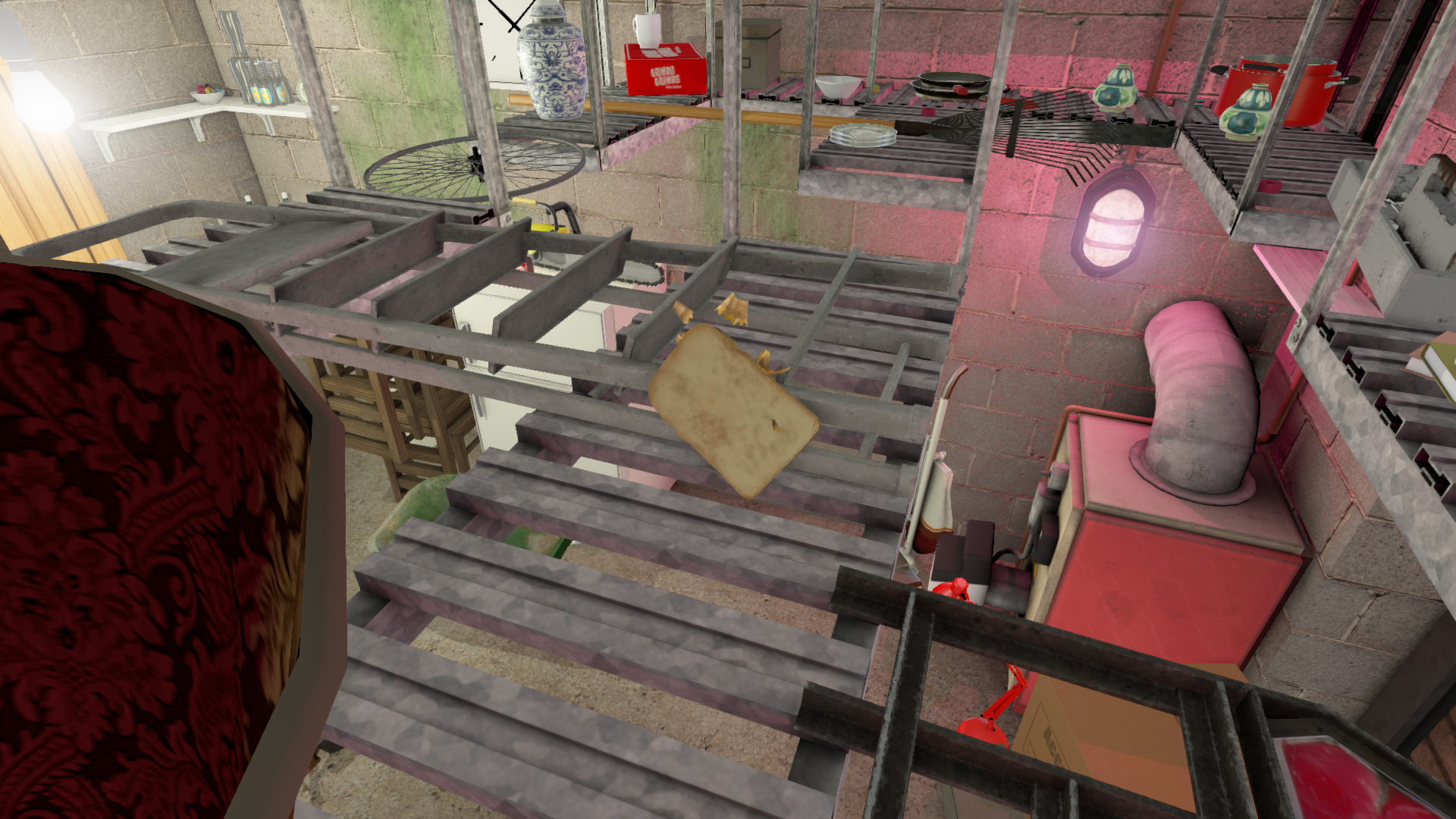 Of all the things gaming has accomplished, who would have guessed that “simulating bread” would be one of them? It now seems that the bizarre I am Bread by Bossa Studios will be coming to iOS too, allowing everyone to flip a digital slice of bread in full view of the public.

The beautiful story of one slice of bread’s epic and emotional journey as it embarks upon a quest to become toasted. As you delve deeper and deeper into the story of ‘I am Bread’, you’ll notice that things aren’t quite what they seem….

It isn’t as simple as crawling from the counter to a toaster oven a mere meter away, of course. The game will place you in some weird environments and conditions, which combined with a physics system makes for perfect Let’s Play material.  Fun to watch, but is it any fun to play?

I am Bread is currently on Steam Early Access with a “very positive” user rating – take that for what you will. The developers are promising to finish the PC version first before tinkering with the iOS port, and accompanied the announcement with a major game update. You can now flop through a garage!

If the studio sounds familiar then it’s because Bossa Studios also made Surgeon Simulator 2013, a game that makes us all appreciate the medical training real surgeons go through.

Ade thinks there's nothing quite like a good game and a snug headcrab. He grew up with HIDEO KOJIMA's Metal Gear Solid, lives for RPGs, and is waiting for light guns to make their comeback.
Previous post Review: ASUS ROG G20 Desktop
Next post Square Enix Showing Two New Games on 31 January