Hunt or be hunted in the new Lords Mobile event 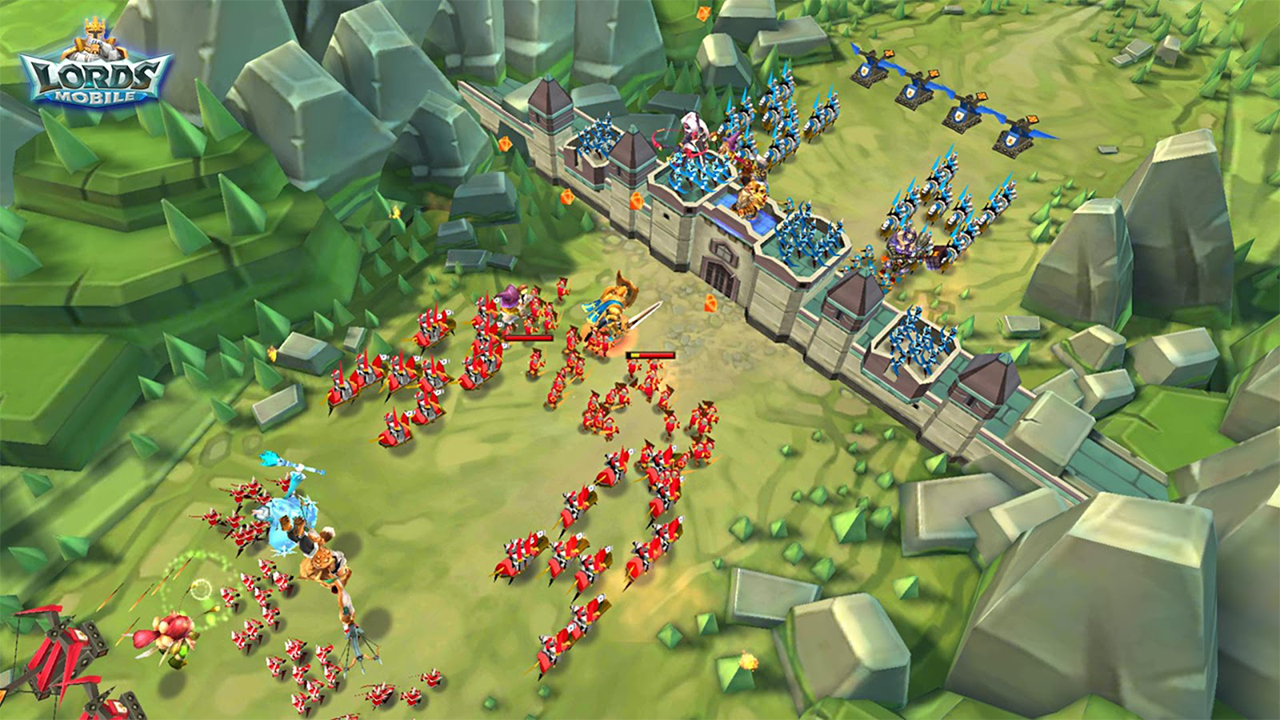 There’s a new Kingdom Clash event in IGG’s Lords Mobile, a strategy MMO for iOS and Android. Titled Kingdom Hunters, players are tasked with assaulting a specific enemy Kingdom to earn as much bonus points as they can. They’ll want to do it quick too, as the roles will unceremoniously reverse after a few hours, allowing targets to exact their revenge.

Kingdom Hunters was introduced as part of the latest update. To play, simply look out for differently colored Kingdoms on the World Map. A targeted Kingdom will have a corresponding icon as well as a countdown timer.

Bonus points are earned whenever you occupy Wonders, kill enemy troops, and destroy enemy traps while in the target Kingdom. Resource gathering and monster hunting do not award any bonus points whatsoever.

Other changes in the v1.51.49 update include quick travel to the Royal Battlegrounds, increased army sizes for Guild Showdown, and updated Colosseum tiers and rewards, among others.

If you haven’t already tried it, Lords Mobile follows the same vein as other kingdom management strategy games yet does so with a keener polish. It was notable enough to win Google’s ‘Best Competitive Game’ award last year, with a follow-up nomination for ‘Best Multiplayer Game’ this year. Give it a shot via Google Play or the App Store – it has a couple of newcomer boosts to get your fledgling Kingdom up to speed as soon as possible, while swapping servers to join friends or find greener pastures is just a button tap away.

Ade thinks there's nothing quite like a good game and a snug headcrab. He grew up with HIDEO KOJIMA's Metal Gear Solid, lives for RPGs, and is waiting for light guns to make their comeback.
Previous post GameStart 2017: Made in Singapore
Next post Review – Mario+Rabbids: Kingdom Battle is a crazy mashup that actually works