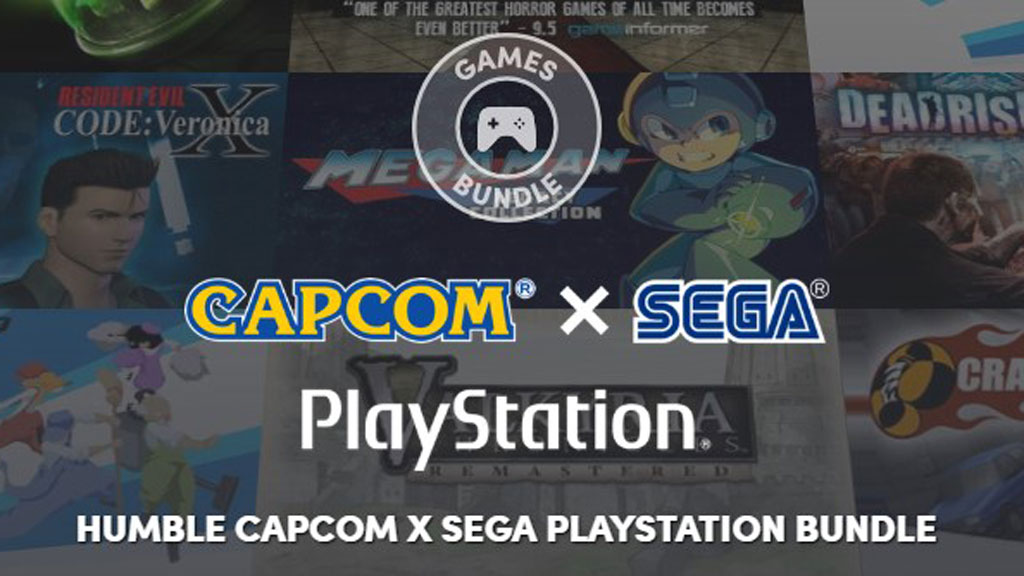 The good folks over at Humble Bundle are back with another great deal for gamers, this time focusing on Capcom and Sega hits available on a plethora of PlayStation platforms (PS4, PS3 and PS Vita) — the Humble Capcom X Sega PlayStation Bundle.

As with past Humble Bundles, you decide how much you’d like to pay for the bundle based on your personal perceived value of what you’ll receive — even US$1 is fine!

What’s more, before the games’ developers and publishers take their cut, a portion of the amount you pay will be donated to charity. For this particular bundle, your purchase will benefit the following three charities: Save the Children US, American Red Cross, and the Rett Syndrome Research Trust.

Here are the four titles that everyone who buys the Humble Capcom X Sega PlayStation Bundle will automatically receive, regardless of the amount paid:

While that may not seem like the most enticing offer, you are getting at least one fantastic game (Dead Rising) for the low, low cost of whatever it is you decide to pay.

Of course, that’s not all; if you pony up more than the average amount of US$11.89, you’ll also unlock the following six incredible titles:

The two Resident Evil titles — said to be some of the finest in the series — and Mega Man Legacy Collection alone justify the price of admission.

Go up to US$15 or more though, and you’ll also receive the final two unlocks, as well as a bevy of special offer coupons (such as 50% off Yakuza 0):

A decade on, now remastered for the PS4, Valkyria Chronicles is still a beauty to look at. Its unique approach to turn-based strategy, which allows players to directly take control of each unit’s movements and actions in real-time, is still considered novel and refreshing even by today’s standards.

Don’t miss out on this great gem; grab it before it’s lost to the annals of gaming history forever.

A final note before you buy: All of the codes provided in this bundle are redeemable only with a US PSN account, or an account belonging to one of the countries listed in the Humble Bundle support page here. If you don’t own a US PSN account, creating one is simple and free — just refer to this guide made by HardwareZone forum member PierceLee.