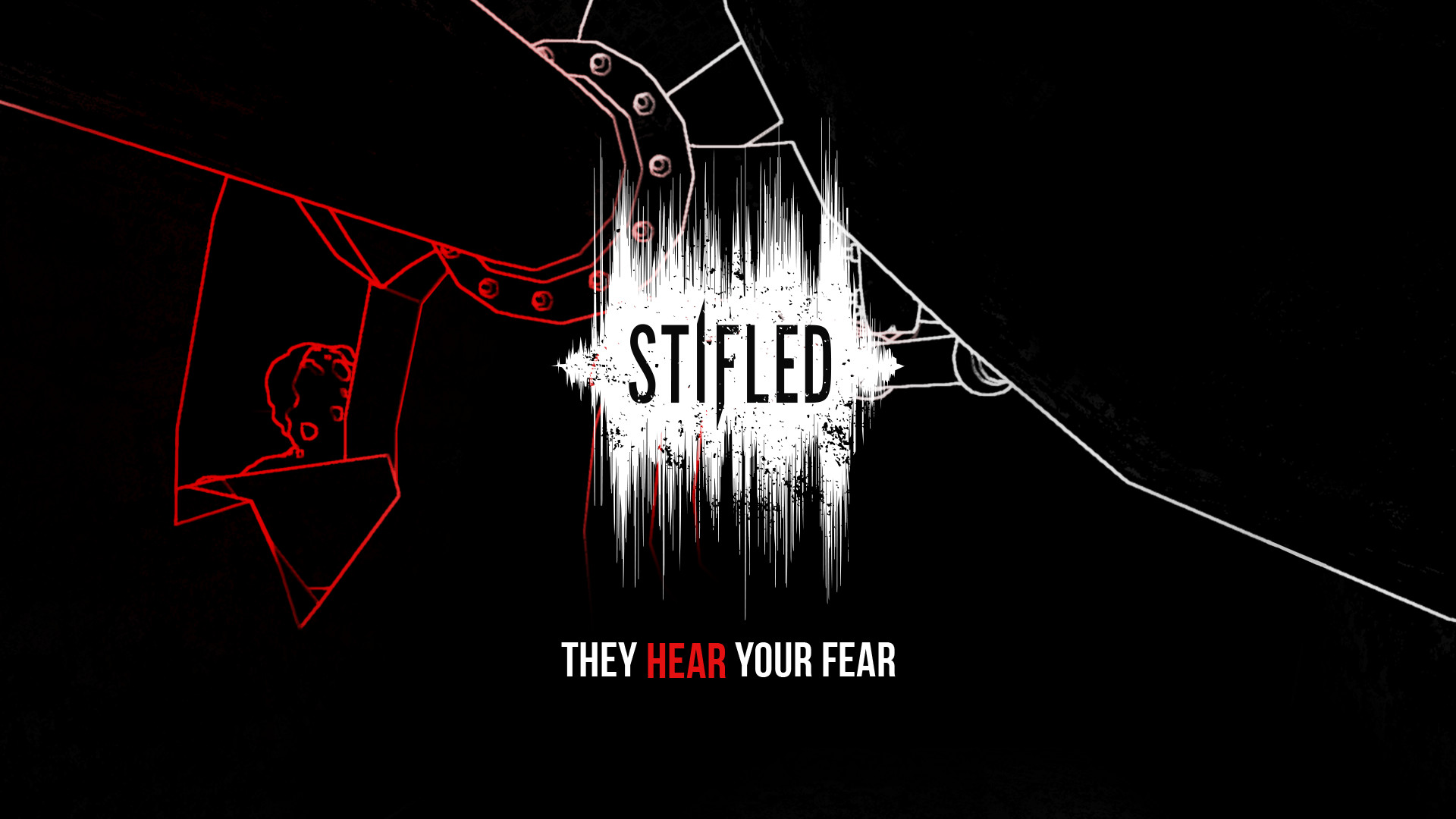 Remember Stifled, the indie horror game that uses sound to see? Apparently it’ll be creeping into our lives just shy of Christmas, as Gattai Games have announced a firm 13 December release date for PC and Mac. To rustle our jimmies a little earlier, they’ve also released a Teaser Demo bundled with VR support.

Stifled is Gattai’s debut title, an evolution of their student project Lurking. The premise is simple: whenever the player enters dark areas, they’ll have to use “echolocation” of sorts to map their immediate surroundings, rendered in black and white; if you see red then it’s best to hustle on out of there.

It’d be more apt to call these locational pings sound waves, as they can be generated from footsteps and dripping water. To intentionally send out a ping of their own, players can either tap on the keyboard or, preferably, whimper into a microphone. The level of sound corresponds to how far and wide the ping travels, making all those close encounters intense.

We had a look at an earlier demo in July, praising its visual style and hints of narrative yet, at the same time, hoping for more out its unique sound mechanic and monster designs.

The Teaser Demo is now available for download on Steam. It supports both the developer (DK2) and consumer (CV1) versions of the Oculus Rift, with plans for Razer OSVR and HTC Vive support in the future.

At launch, Stifled can be purchased from Steam, GOG, Humble and Itch.io.

Ade thinks there's nothing quite like a good game and a snug headcrab. He grew up with HIDEO KOJIMA's Metal Gear Solid, lives for RPGs, and is waiting for light guns to make their comeback.
Previous post BlizzCon 2016: Heroes of the Storm gets Alliance King Varian Wyrnn and Ragnaros the Fire Lord
Next post Gam3.Asia launches dedicated eSports, gaming and retail hub