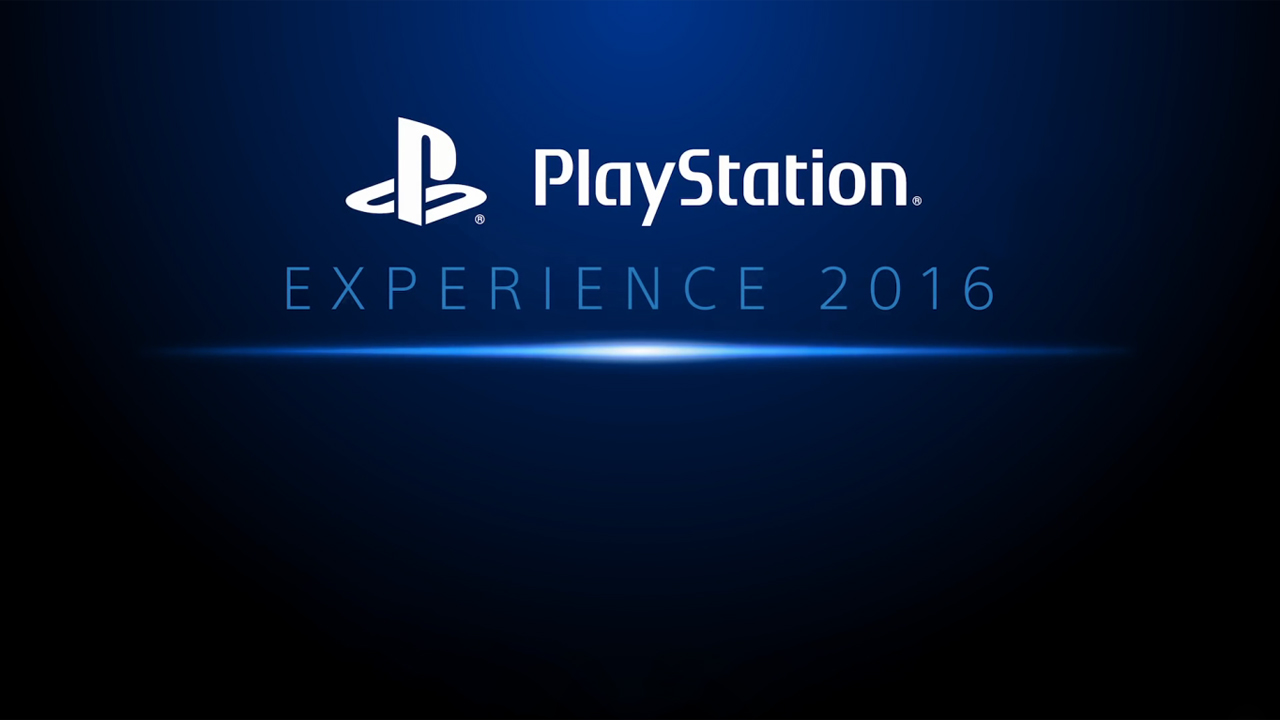 Hot on the heels of this year’s The Game Awards comes Sony’s PlayStation Experience 2016, a three-day fan event held at the Anaheim Convention Center in Los Angeles. It was a flurry of reveals and announcements over the weekend, many of which involving titles near and dear to the PlayStation brand. Here’s a round-up of our highlights.

Joel and Ellie returns! The Last of Us Part II

PlayStation 4
It should come as no surprise that a game with as much cultural, emotional, and financial impact as The Last of Us would see a sequel, even if the first game was narratively complete. Players will now take control of 19-year-old Ellie as she, together with Joel, embark on a new post-apocalyptic journey. Only this time, she’s got vengeance on her mind.

We’ve got a dedicated post on The Last of Us Part II here.

PlayStation 4
Nathan Drake’s exploits may have ended with A Thief’s End but there’s clearly more in store for the Uncharted franchise. Can we also marvel at the fact that Naughty Dog had two major announcements in a single show?

The Lost Legacy sees treasure hunter Chloe Frazer teaming up with straight-cut mercenary Nadine Ross as they comb the mountains of India for the Tusk of Ganesha. It takes place after A Thief’s End and, according to creative director Shaun Escayg, is very much Chloe’s story.

What that means for players is a different approach to the game than it is with Drake. Chloe has her own preferences in combat and is highly skilled behind the wheel, so expect quite a fair bit of driving in this one. In terms of level design, the team says they’ll be “going a little more wide than wide-linear” and that there’ll be more content than there was in The Last of Us: Left Behind.

Resident Evil 7 crawls out on 24 January, final demo out now

PlayStation 4 (with PS VR) • Xbox One • Windows PC
The surprising new direction of Resident Evil 7 biohazard will finally be in our claws next month, bringing ‘creepy’ to all new heights thanks to its full PlayStation VR support. Perhaps there’ll be a surge in adult diaper sales.

Capcom are thankfully tight-lipped about what RE7 entails but we do know that the events take place after the disasters of RE6, and that recurring mechanics such as puzzles, herbs, and guns will be present – all except the cast and action-heavy focus of later iterations.

Resident Evil 7 Teaser: Beginning Hour may not have content from the final game but the demo is meant to represent the experience we’ll get. If anything, they’ve done a good job at stringing us along with its mystery, and this update will finally let us see what’s beyond the recently discovered door. Don’t forget that revolver!

Also, PS4 Pro and PS VR early adopters ought to jump on see what their shiny new hardware is capable of, as the Beginning Hour demo now supports HDR and VR.

Dominate the skies in Ace Combat 7, coming 2017 with PS VR

PlayStation 4 (with PS VR)
The long-running flight simulation action game finally comes to current-gen systems with Ace Combat 7, slated for a 2017 release. Not only is this the first new numbered title in the series since 2007, but also the first to be developed using a third-party engine (Unreal Engine 4) and the first to support virtual reality. You’ll definitely want a seat for this one.

Ace Combat 7 returns to the Strangereal universe with a focus on the Orsean-Erusean war, two nations featured in previous titles. If all that is gibberish then fear not: Ace Combat’s gameplay has, traditionally, been strong enough for it to stand on its own. Flaunting a drool-worthy mix of real and fictional fighter aircraft, the series has no qualms dipping its fingers into sci-fi territory with large carriers, fortresses, and experimental weapons. It’s fun, it’s goofy, and there’s nothing else like it.

That said, long-time fans are undeniably fond of the locales, characters, and plot. The inclusion of Orsea and Erusea is no accident, as Sunao Katabuchi of Ace Combat 4 and 5 is credited here as the screenplay director. Long-time composer Keiki Kobayashi will also be returning to provide its soundtrack.

To be clear, the PlayStation VR is optional so you don’t have to drop an extra few hundred dollars. But if there ever was an excuse to own one…

PlayStation 4
The collaboration between game developers Level-5, venerated animation house Studio Ghibli, and star composers Joe Hisaishi and Rei Kondoh, gave rise to an RPG that very quickly won the hearts and minds of gamers around the globe. Ni No Kuni II: Revenant Kingdom promises to continue the magic, and it’s coming in 2017.

Although Studio Ghibli is no longer involved in the production, character designer Yoshiyuki Momose and composer Joe Hisaishi have returned for Revenant Kingdom. The story follows young king Evan who must quest across a darkened kingdom to prove himself worthy of the throne. Joining him is the off-world visitor Roland and the cast of characters they meet along the way.

Despite critical acclaim, the first Ni No Kuni never seemed to gain much traction in terms of sales. Avoiding it because of its “cartoonish” looks would be one of the biggest mistakes one could ever make, especially for JRPG fans, as its boasts a gameplay hook as stellar as its production values. While the lovely hand-drawn animations will be missed, we’re eager to see where Level-5 will take us next.

Marvel vs. Capcom: Infinite powers up in late 2017

PlayStation 4 • Xbox One • Windows PC
The reveal may have been spoiled by the rumor mill but Marvel vs Capcom: Infinite is certainly real and it’ll be landing in late 2017. The game marks the first Marvel vs. Capcom title on current-gen consoles as well as a license renewal between the two properties.

The “Infinite” here is a direct reference to the Marvel universe, as players will get to implement various Infinity Stones – power, space, time, reality, soul, and mind – to their strategy. Vague descriptions, no doubt, but it’s something the fighting game community will figure out in no time.

MvC: Infinite features a cinematic story mode, the regular breadth of single-player modes, and online multiplayer content such as ranked and casual matches, global leaderboards, and a spectator mode. All of it is powered by Unreal Engine 4.

Here’s an extended gameplay trailer, which aired right after the Capcom Cup 2016 ended.

But that’s not all! In their press release, Capcom noted they are “currently focused on reviving series that have not had new entries recently, or otherwise dormant IP” and that they’re starting with Marvel vs. Capcom: Infinite. Oh, the possibilities!

PlayStation 4
Sega has finally decided to support Yakuza, or Ryu ga Gotoku, in the West with two confirmed releases. Yakuza Kiwami will be available in summer 2017 and Yakuza 6, which only launches in Japan this month, will be out in early 2018.

Yakuza Kiwami is an early 2016 remake of the very first game in the series, which not only improved various technical aspects but added new content too. A Western release was never hinted at, much to the dismay of everyone, and fans were left to cry out for a localization every chance they got. It looks like their wishes are finally being heard.

You could think of the Yakuza games as the Japanese counterpart to Grand Theft Auto or as an alternate take on Shenmue, except the series follows the exploits of Kazuma Kiryu with plenty of fist fights, overturned tables, and cabaret clubs.

The series has come a long way since its debut on PlayStation 2; just check out this Japanese Yakuza 6 features trailer.

Of course, the three-day PlayStation Experience 2016 event had plenty more to offer.

There were new trailers for Koei Tecmo’s Nioh, Supergiant Games’ Pyre, and Grasshopper Manufacture’s Let It Die just to name a few.

We got gameplay looks at remastered PlayStation classics such as Crash Bandicoot, PaRappa The Rapper and WipEout, as well as brand new titles such as Gran Turismo Sport, Absolver, or Knack 2.

And not to forget the various discussion panels that took place, including Kojima Productions’ Death Stranding and how they’re working with Guerilla Games’ modified engine, Decima. Don’t miss the panel on accessibility either, a topic that truly deserves more attention.

If you’d like to watch the hour-long keynote, skip ahead to the 13:05 mark.

For everything else, head on over to PlayStation’s official YouTube page. Onward to 2017!

Ade thinks there's nothing quite like a good game and a snug headcrab. He grew up with HIDEO KOJIMA's Metal Gear Solid, lives for RPGs, and is waiting for light guns to make their comeback.
Previous post Xbox One S launches in Singapore on 13 Dec, bundles start at S$499
Next post The 4 different editions of Horizon Zero Dawn