Heroes of Dragon Age and Dungeon Keeper Soft-Launch for Android 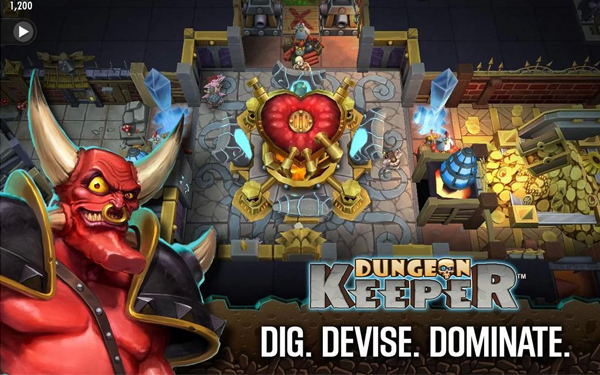 Do you have still storage space on your smart devices? Good. We were informed today that Heroes of Dragon Age and Dungeon Keeper are now available on Google Play for select territories. Apparently that includes Singapore, so find out a little more about either game below.

Heroes of Dragon Age first revealed itself back in August, touted as a “squad-based combat game” featuring familiar faces from the series. The 3D models are presented in tabletop fashion, with each character having their own level of progression. Just remember they’re part of a team and that you’ll have to strategize on a party level, so make sure you’ve got some good synergy going on between them.

Those looking to go on quests can do so via a seemingly linear path that’ll toss a couple of bosses your way, so be prepared for a beating. If all you want is PVP instead, then the leaderboards have got you covered. EA Mobile is pretty good at implementing these social features, so wrangle up a couple of friends and begin the trash talk.

Heroes of Dragon Age is free-to-play, which means that good old Mr In-Game Purchases is just waiting to say hello. Think of this as filler until Dragon Age III: Inquisition finally makes its way to PC and consoles.

Download the game on Google Play. Heroes of Dragon Age will make its full worldwide launch for iOS and Android later this holiday season.

Let’s call this Dungeon Keeper (Mobile) so as to avoid confusion with the 1997 strategy classic by the dearly-missed Bullfrog Productions. This mobile reboot by EA Mythic promises the same dungeon-designing, imp-summoning, invader-thwarting madness of the original but with all the benefits that modern technology brings.

Touch controls sound like a match made in heaven (hell?) for a game of this nature, and new art and sound assets are hard to argue with. Combine that with the ability to invade other dungeons with your army and it sounds like Dungon Keeper (Mobile) will be a delectable addition to our collections.

The issue here is that EA chose to go with a free-to-play route rather than an upfront purchase, which raises a few concerns about how in-game purchases will be tackled in a game that’s about managing dungeon assets. A quick look through the Google Play user reviews paint a grim picture, but feel free to try it out for yourself.

Get it on Google Play. As with Heroes of Dragon Age, a worldwide release for iOS and Android will be made later this holiday season. If you’re pining for the original version then there’s always the GOG release instead.

Ade thinks there's nothing quite like a good game and a snug headcrab. He grew up with HIDEO KOJIMA's Metal Gear Solid, lives for RPGs, and is waiting for light guns to make their comeback.
Previous post Represent Your Nation in the Dragon Nest World Championship
Next post Ubisoft and Vice Present A Three-Part Documentary on Pirates