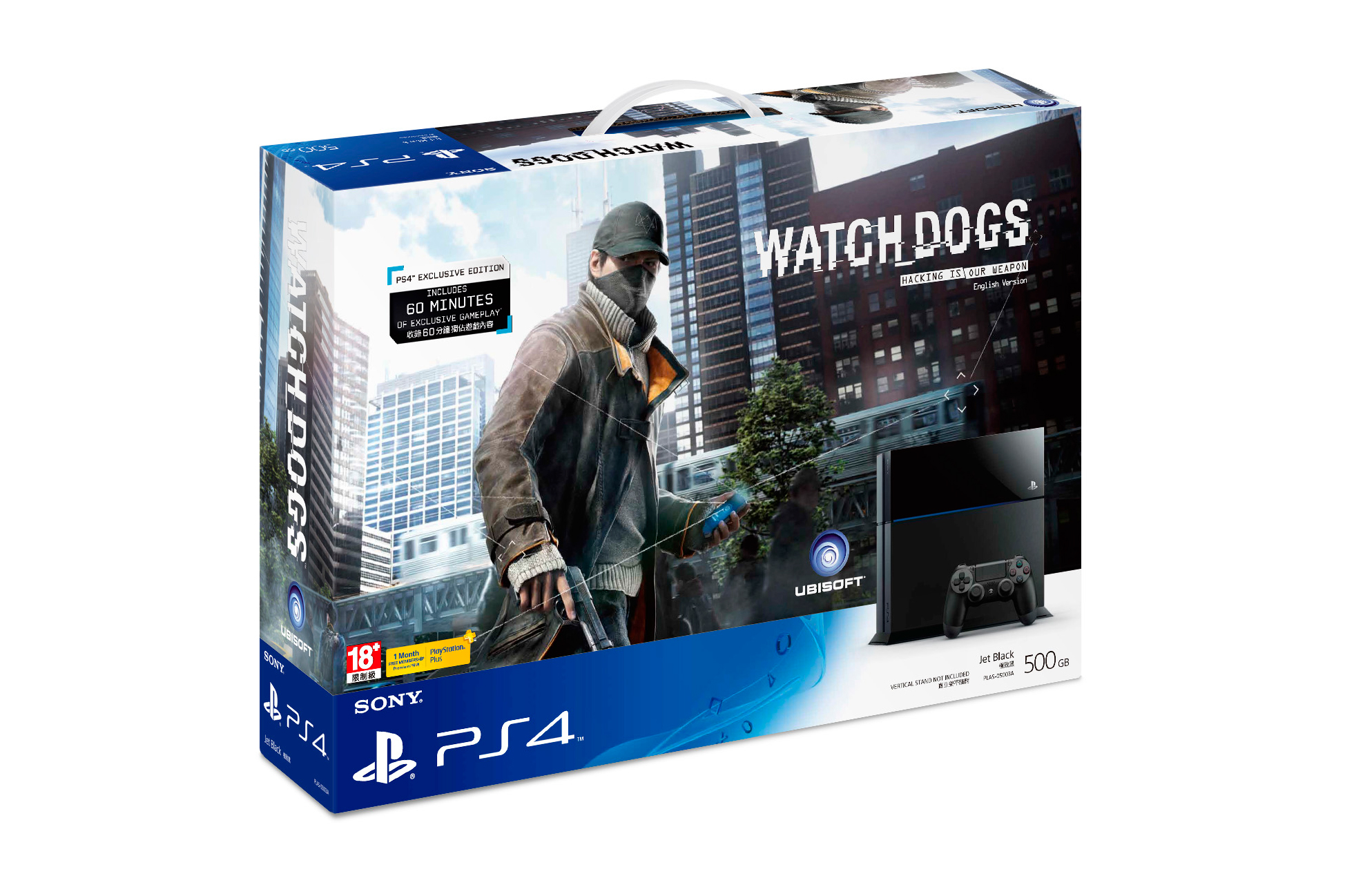 Ready to hit the streets of Chicago for some vigilante cyber-justice? Sensing opportunity, SCEH Singapore has announced the PlayStation 4 Watch Dogs Bundle Pack releasing on 27 May for a suggested retail price of SG$709.

Due to the global shortages it’s just going to be the regular PS4 set, unfortunately. On the bright side, this bundle does come with a few extra goodies. There’s 60 minutes worth of PlayStation-exclusive content, 3 additional single-player missions and 5 in-game bonus packs. The bundle also comes with 1 month PlayStation Plus membership, allowing you to hop right into the multiplayer.

It’s clearly a great deal if you plan on buying a PS4, as the console alone retails for SG$639. The game itself is a multiplatform release though, with so many different editions available it’s frankly quite ridiculous.

Pre-orders for the bundle begin from 25 April (Friday) at PlayStation Focus Stores. Doing so will get you a Watch Dogs cap, while stocks last. Hacking skills not guaranteed.

Ade thinks there's nothing quite like a good game and a snug headcrab. He grew up with HIDEO KOJIMA's Metal Gear Solid, lives for RPGs, and is waiting for light guns to make their comeback.
Previous post Dead Space is “On the House” On EA’s Origin
Next post Alien: Isolation Crawls Out On 7 October