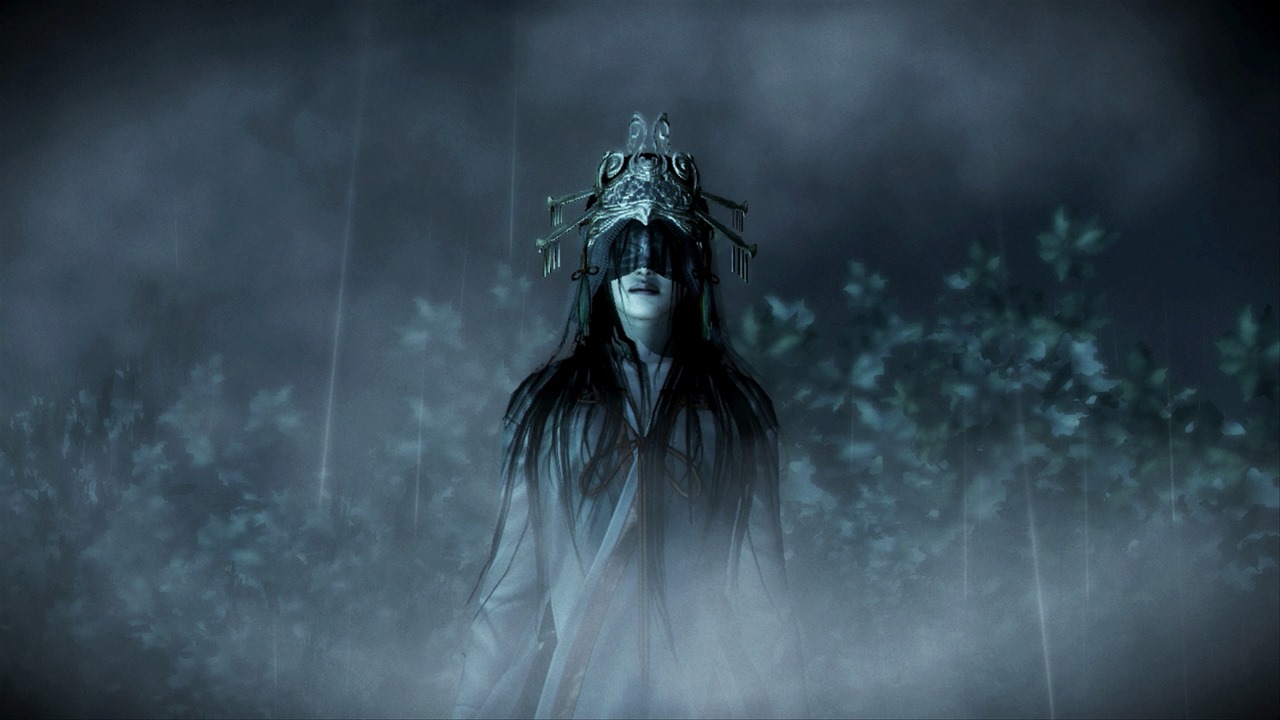 It may seem like a dying console but Nintendo’s Wii U gets some pretty heavy advertising in Japan, in addition to future exclusive releases to help push sales. One such title is Koei Tecmo’s upcoming Fatal Frame: The Black Haired Shrine Maiden, which just put out a trailer showing some gameplay footage.

It’s fitting how the humongous gamepad takes on the role of the Camera Obscura, the iconic in-game item which lets players see and defeat ghosts. It moves slowly, takes time to charge and is stronger the closer said ghosts are, making Fatal Frame one of the most unique horror games of its time. Having to physically aim the thing now should make those hostile encounters all that more tense.

Moving away from the indoor settings of previous titles, we’ll now get to experience more open areas across the Hikayama mountain, featuring a big lake, graves and plenty of damp areas. One of the thematic scares here revolves around water, so perhaps we’ll get an underwater scene or two.

Of course the biggest question is whether there’ll be an English version in the future, something Koei Tecmo has kept silent about thus far. With the resurging trend in horror titles and Nintendo’s attempts to keep the Wii U afloat, there’s actually a glimmer of hope this time.

Fatal Frame: The Black Haired Shrine Maiden is set to release in Japan on 27 September, one day after the Fatal Frame movie adaptation’s premiere.

Ade thinks there's nothing quite like a good game and a snug headcrab. He grew up with HIDEO KOJIMA's Metal Gear Solid, lives for RPGs, and is waiting for light guns to make their comeback.
Previous post End of an Era: Apple Retires The Original iPod (Classic)
Next post Review: The Sims 4 (PC)