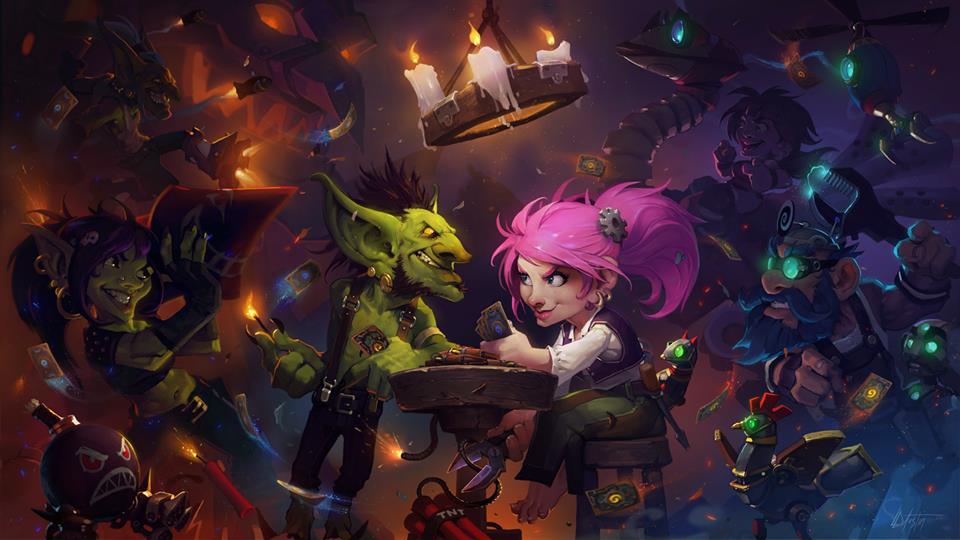 The latest expansion for Blizzard’s online card game, Hearthstone: Heroes of Warcraft, is set to release on Monday, 8 December for Southeast Asia and Oceania. Unlike Curse of Naxxramas which introduced Adventure Mode and only a handful of cards, Goblins vs Gnomes is set to shake up the current meta with over 120 new cards.

Accompanying this update is the new Mech minion type, bolstering the ranks of the Alarm-o-Bot and Harvest Golem. They’ll come in both neutral and class-specific flavours so everyone gets more dangerous lumps of metal in their lives.

As for those new cards, you can see everything that’s been uploaded so far over at this Facebook post.

The latest at time of writing is the legendary Vol’jin, which, combined with the new Murlocs, will probably see a resurgence in early-game rushing.

Goblins vs Gnomes cards can be acquired at the Store (separate from the regular expert card packs) or crafted using dust. They’ll all be available via Arena drafting once the update goes live.

Do take note that Soulfire, Flare and Gadgetzan Auctioneer will also see their mana costs increase by one.

Hearthstone: Goblins vs Gnomes will be available for Windows, Mac and iPad.

Ade thinks there's nothing quite like a good game and a snug headcrab. He grew up with HIDEO KOJIMA's Metal Gear Solid, lives for RPGs, and is waiting for light guns to make their comeback.
Previous post All 48 Shiny Mega Evolutions
Next post Steam Joins the Broadcasting Wagon