Hearthstone Enters Open Beta in US, Other Regions Soon 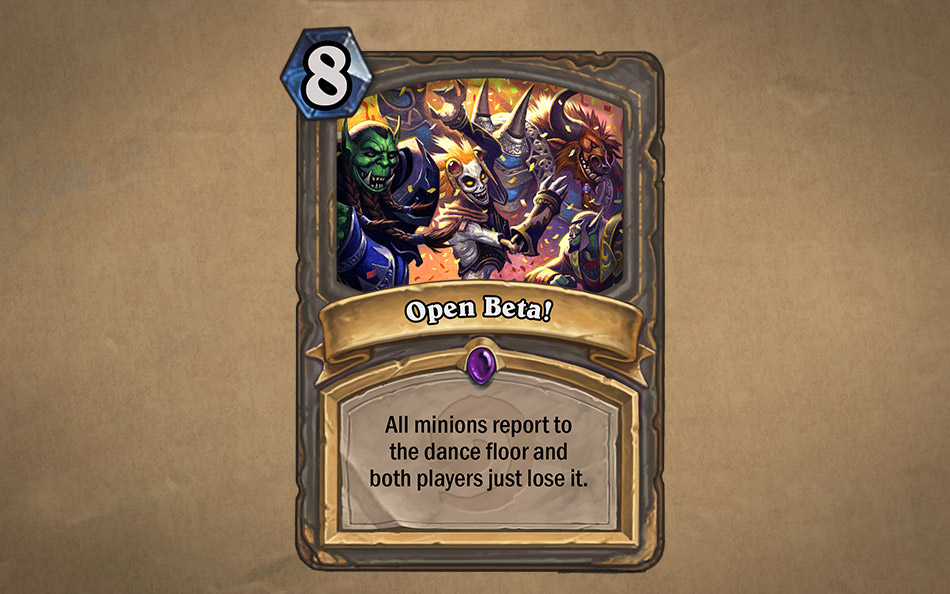 And in one fell swoop, hundreds of beta key requests have been immediately silenced. Blizzard has declared that their wildly popular Hearthstone: Heroes of Warcraft is now in open beta for North America, with all other regions scheduled to follow “within the next few days”.

Despite a mixed reception at its announcement in March 2013, the digital collectible card game has gone on to win hearts and minds during its closed beta. The combination of simple-to-grasp mechanics, attractive user interface and strong nostalgia made for a strong hook; video coverage by gaming personalities and the sheer rarity of beta keys subsequently pushed the hype factor through the roof.

Hearthstone tournaments and professional players already exist internationally, though Singapore is no exception either. Hearthstone Alley conducted their first tournament back in October 2013 and have held online ones regularly ever since. Not many games can claim such an achievement and during closed testing no less.

There are no longer any plans for account wipes so start planning your decks today. However, as there are more updates and features on the way I wouldn’t be surprised if one becomes necessary further down the road. Even so, Blizzard refunds all the in-game gold anyway so there’s no huge loss.

Here, have the developers sell it to you:

Made using Unity, Hearthstone is currently available for Windows and Mac operating systems. Blizzard plans to release the game on iOS and Android in the future as well.

(I hope that Open Beta card becomes an actual drop.)

Ade thinks there's nothing quite like a good game and a snug headcrab. He grew up with HIDEO KOJIMA's Metal Gear Solid, lives for RPGs, and is waiting for light guns to make their comeback.
Previous post Project Zomboid Multiplayer Enters Closed Testing
Next post Mysterious PlayStation 4 Error Affecting Save Files