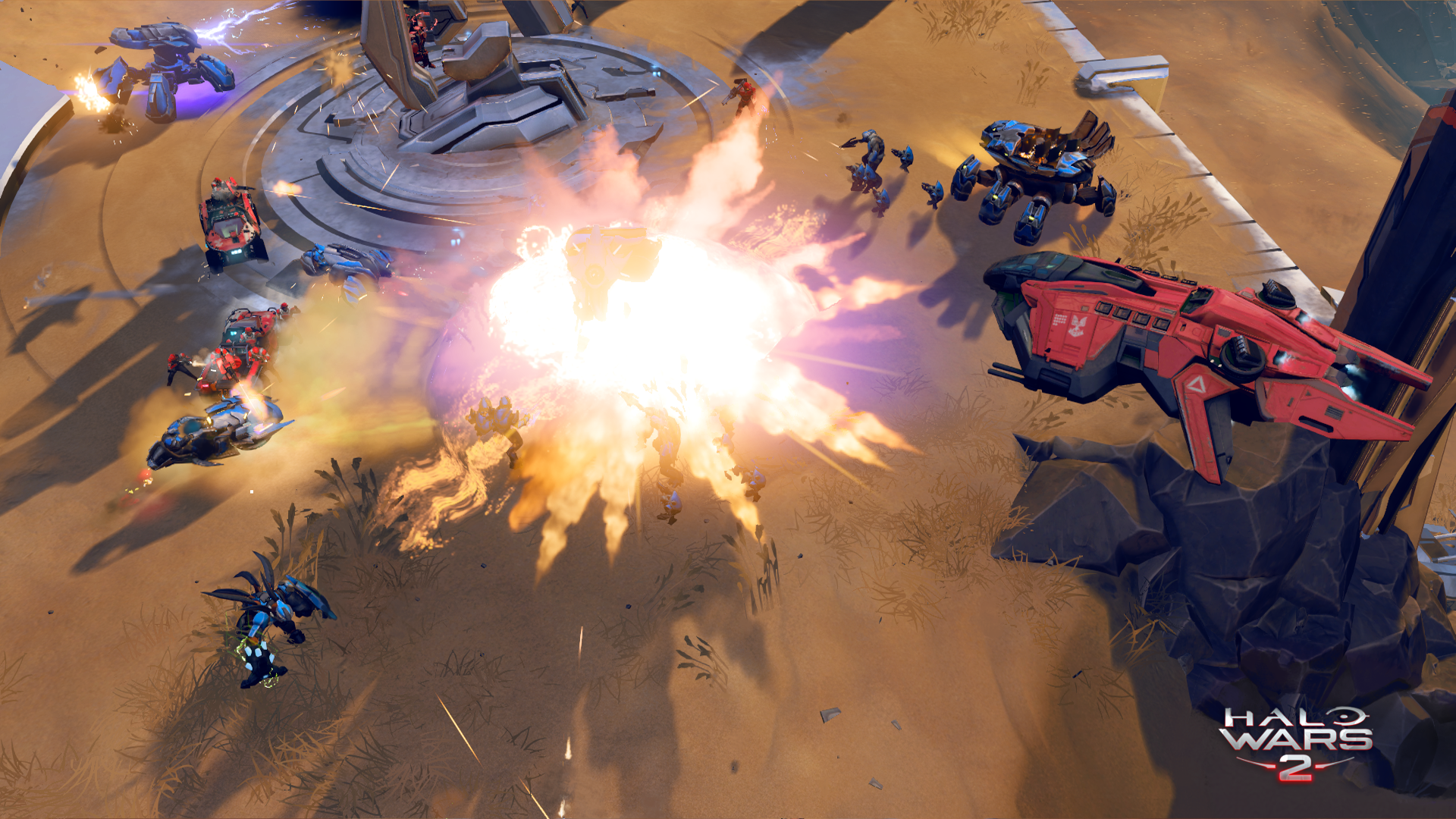 Microsoft has announced a multiplayer beta for Halo Wars 2’s Blitz mode. Running from Jan. 20–30, 2017, players will get to experiment with all of the cards in the retail build, conducted on the “Proving Grounds” map in either 1v1, 2v2, or 3v3 formats.

Blitz is the all-new multiplayer mode coming to 343 Industries and Creative Assembly’s Halo Wars 2. It replaces base-building and unit construction with collectible card game mechanics, allowing players to focus on unit control, strategy, and map awareness. The objective is to capture and control three points on the relatively small map, akin to a first-person-shooter domination match. The end result is a mode that is fast and intense, great not only for newcomers to the genre but RTS fans seeking a quick fix too.

As usual, no data from the open beta will be carried over to the final release. However, participants will earn two Blitz card packs – one for logging in and the other for completing a single match – as a gesture of appreciation.

Discussions can be carried out over at the official Halo Waypoint forums.

Ade thinks there's nothing quite like a good game and a snug headcrab. He grew up with HIDEO KOJIMA's Metal Gear Solid, lives for RPGs, and is waiting for light guns to make their comeback.
Previous post A look at the games coming to Nintendo Switch
Next post 10 exclusives to consider for the PlayStation 4 Pro