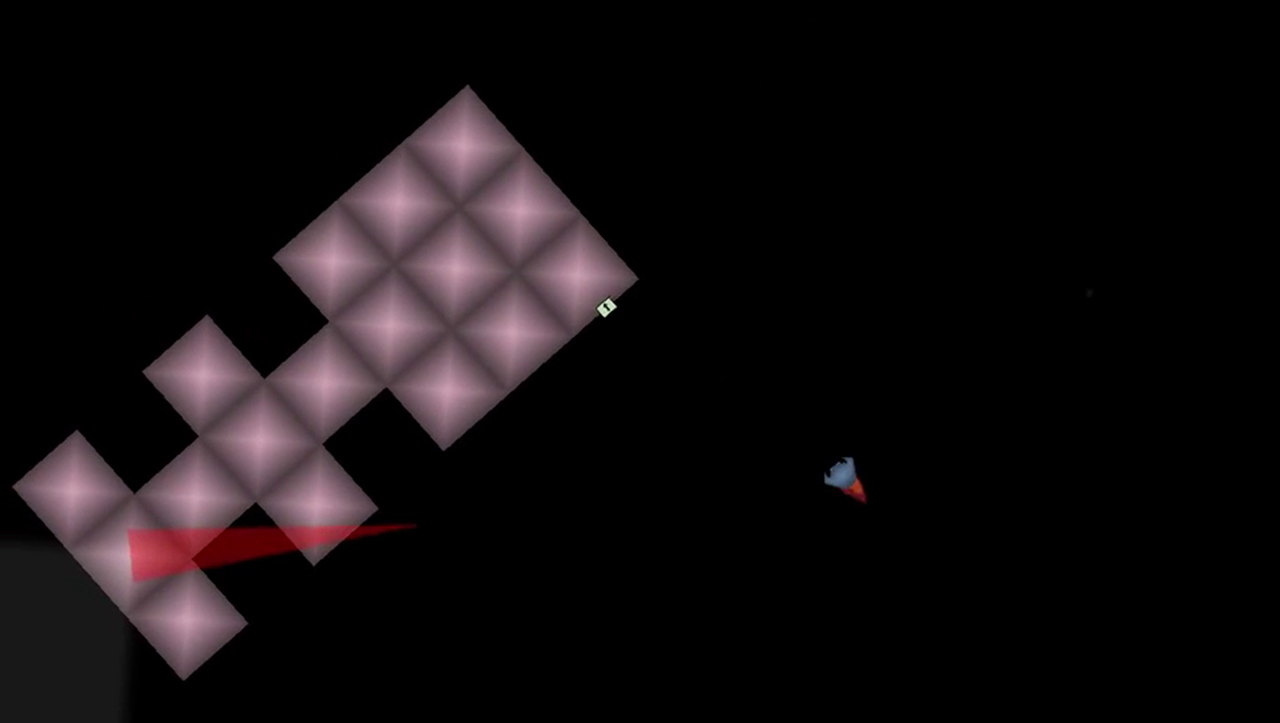 Games journalist-turned-developer Tom Francis, fresh after the success of 2013’s Gunpoint, has another sneaky game already in the works. Unfortunately there won’t be any pneumatic pants this time round, though Heat Signature does feature lots of thrusting.

As a spaceship, that is. It may only be a prototype at the moment but the premise behind Heat Signature does sound promising. Players get to board other ships by latching onto airlocks, breaching through and then forcefully taking over the bridge. To do so, your ship will first have to get close enough by avoiding heat detection, cutting off thrusters and making minor trajectory adjustments. Add random generation to the mix and that’s the gist of it.

With the groundwork laid out, Francis can then focus on expanding the game’s design. He mentions a few things, such as implementing ship systems to give the player more options. For example, hijacking the weapons would allow you to fire on another ship to start a fight. Or knock out all the crew and find yourself the proud owner of a new ship!

“My plan is that each time you start the game, you’ll be randomly assigned a profession and a target: ‘You are an assassin. Your target is Tom Francis.’ or ‘You are a shipjacker. Steal the Dreadnaught Incisor.’” He further explains in the video below that boarding ships and inspecting database logs may serve as the first clue to your target’s whereabouts.

I think it’s safe to assume that we’d all like for the character to be called a bounty hunter instead.

It bears repeating that this is an early prototype so everything is subject to change. Nonetheless, watch the video for approximately three minutes if you just want to see the basics.

Ade thinks there's nothing quite like a good game and a snug headcrab. He grew up with HIDEO KOJIMA's Metal Gear Solid, lives for RPGs, and is waiting for light guns to make their comeback.
Previous post Fable Anniversary to be released this February
Next post Valve Announces Steam Music, Beta Coming Soon