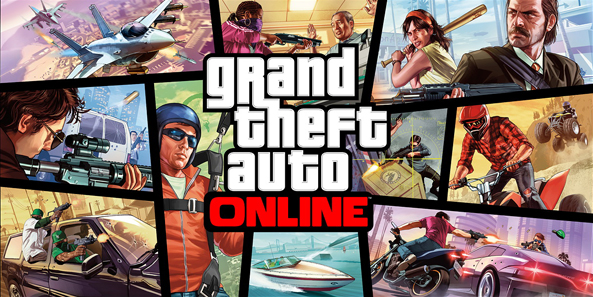 If you’re planning on jumping into Grand Theft Auto Online as soon as the virtual gates open then don’t expect a smooth experience. We’ve seen enough examples of servers falling apart so it really shouldn’t come as a surprise by now. In any case, Rockstar have put out a hefty FAQ covering some of the questions you may or may not have. If you’re still waiting for whatever reason, here’s what they shared.

Accessing the game
Both Microsoft and Sony already have the 95 MB title update live on their respective services.

GTA Online’s Timelime
“Grand Theft Auto Online is set a few months prior to the events of Grand Theft Auto V’s single player story.” I wonder if this we’ll get to visit the protagonists’ houses or just see them wandering around.

Player Property
Thankfully you won’t have to hawk over your house and garage in fear of someone else ruining your hard-earned collection. Any player who’s invited into your property will be considered to be there on a friendly visit, therefore no shooting or stealing will be allowed. Properties are also all instanced, so you don’t have to fight over claiming it.

Micro-transactions
Rockstar are calling it “GTA$” and it is here to stay. “The game and its economy have been designed and balanced for the vast majority of players who will not buy extra cash,” they say, so there’s no way of simply buying your way to the top right from the get-go. Things only unlock if you earn them in-game via Reputation too, so that’s an added precaution against the dreaded pay-to-win concept. Mistakes are bound to happen though, so Rockstar are saying they’ll listen to feedback.

Social Club Exclusives
Rockstar’s Social Club members get access to a bunch of exclusives, like new crew features, online jobs, unlockable content and the option to have Red Dead Redemption’s John Marsten as a parent option when creating your character. They’ll be more planned in the coming weeks so you really ought to sign up for the free membership if you haven’t already.

And More
The FAQ also touches on jobs and character creation itself, which is worth a read if you’re interested. Better yet, load up that console as soon as you can and get to it!

Ade thinks there's nothing quite like a good game and a snug headcrab. He grew up with HIDEO KOJIMA's Metal Gear Solid, lives for RPGs, and is waiting for light guns to make their comeback.
Previous post Be the First to Play Strife outside the US at Campus Gamefest
Next post Warcraft Movie to Debut in Late 2015