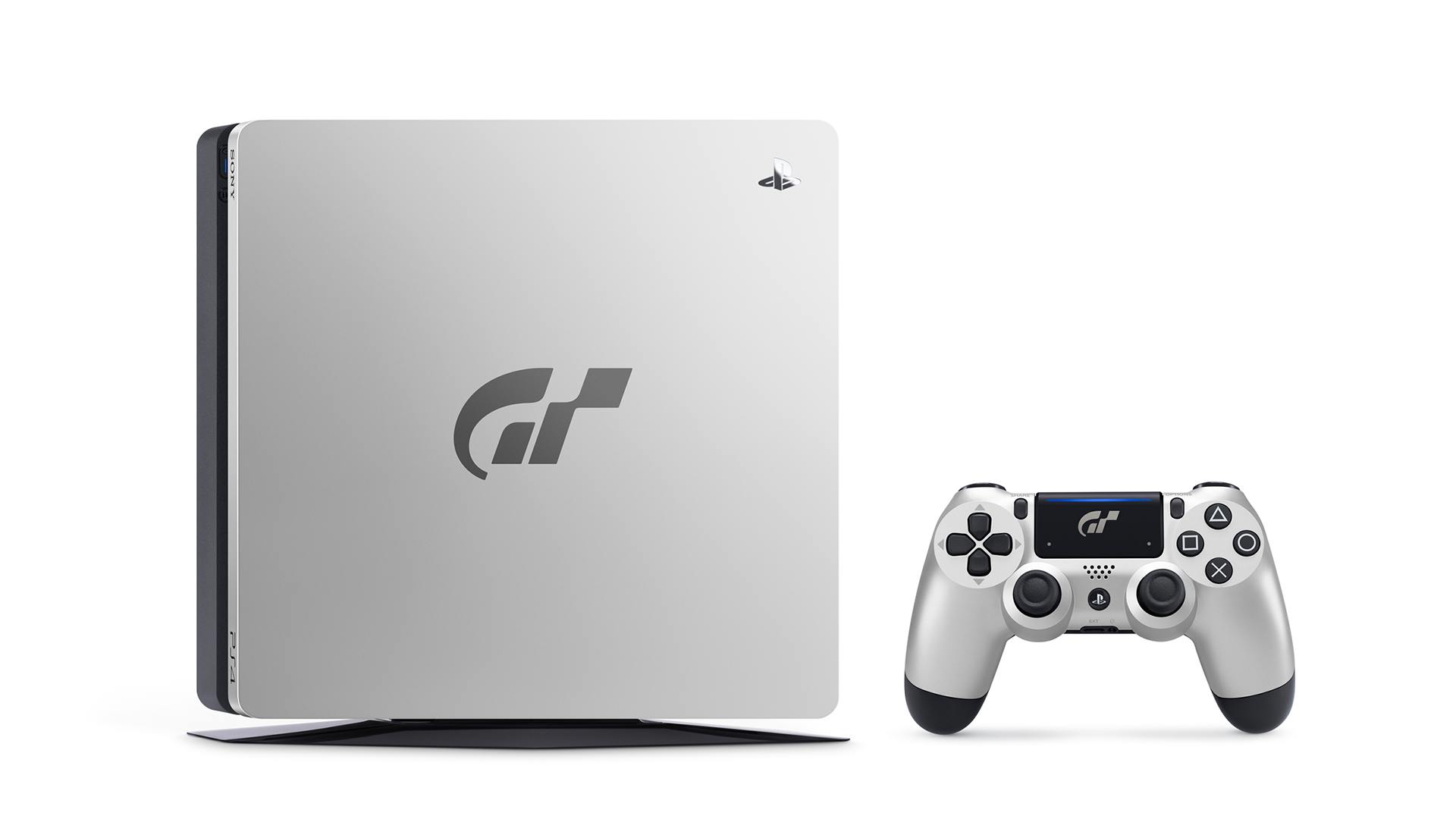 With exclusive console games come limited edition console bundles, and in the driver’s seat today we have Sony’s PlayStation 4 Gran Turismo Sport Special Edition. The stylish two-tone design simply bears the Gran Turismo logo smack center on both the 1TB PS4 and its matching controller, all of which can be yours for $569 this October.

Included in the bundle is a physical copy of Gran Turismo Sport, early-access to a special 3-Car Pack, and a complimentary 12-month subscription to PlayStation Plus. That pre-order DLC involves the Ford Mustang Gr.B Rally Car, the Toyota FT-1 Vision Gran Turismo (Gr.3), and the Peugeot 908 HDi FAP – Team Peugeot Total. Gran Turismo Sport is the franchise’s highly-anticipated PlayStation 4 debut, nearly four years behind the console’s launch. Though it may not be a numbered entry, developers Polyphony Digital consider it to be a proper, full-featured release, packing high-resolution assets and new technologies (such as True HDR) that the team may readily use again in future installments.

The racing simulator has more than 150 cars to choose from, all based on concept, prototype, and production models from some of the world’s most recognizable names: Bugatti, Aston Martin, Mercedes Benz, and more. Just as gorgeous as the cars themselves are the 17 scenic courses, also based on actual locations around the world.

On top of the various single- and multiplayer modes, social features, and design editor is the titular Sport mode – online racing with an advanced matchmaking system and the blessing of the FIA (Fédération Internationale de l’Automobile).

Catch our recap of a presentation by series producer Kazunori Yamauchi for more details.

Gran Turismo Sport itself races out the door on 17 October 2017.

Ade thinks there's nothing quite like a good game and a snug headcrab. He grew up with HIDEO KOJIMA's Metal Gear Solid, lives for RPGs, and is waiting for light guns to make their comeback.
Previous post Tweak to your heart’s delight with the Razer Wolverine Ultimate controller, coming Sep. 2017
Next post Windows Mixed Reality headsets will be affordable, easy to use, and compatible with Steam