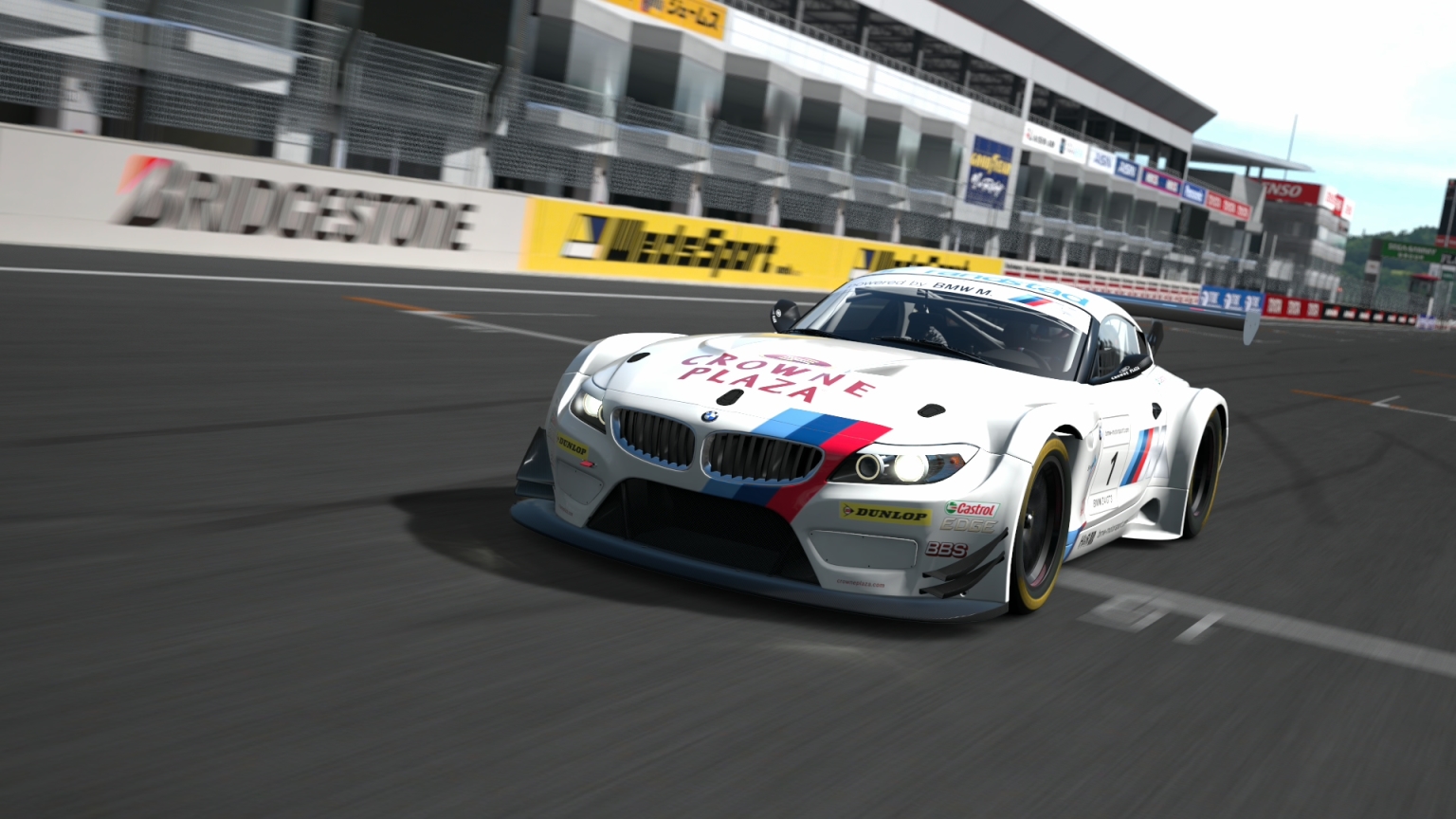 Gran Turismo 6 drivers, it’s time to clock your best laps once again with the BMW Z4 Challenge. Organized by BMW Japan, this online tournament sees prizes ranging from PlayStation Network vouchers to flight and accommodation for overseas venues. There’s free entry and an unlimited number of attempts available during this qualifying period, so go master those turns!

The challenge is open to users in the following eight regions: Japan, Hong Kong, Taiwan, Korea, Singapore, Malaysia, Indonesia, and Thailand. It’s a time trial event on the Fuji Speedway F and players will be driving a BMW Z4 GT3’11 that will be automatically loaded for the duration of the race.

Qualification matches run from now until 5 March, at which point the Top 100 will enter the Regional Finals, followed by the Asia Final held in Japan at the Fuji Speedway itself.

All participants will receive the “BMW M4’14 with Special Color” DLC as a reward. For more information on the prize structure and on the current records, head over to the official page.

At the time of writing, “charles_theseira” holds the top position for Singapore with a time of 1:34.531. On the other hand, the current global leader is Japan’s “yukiku” with a record of 1:33.454. Here’s hoping they release replays of the top few just to show off how nail-bitingly close things really get.

Ade thinks there's nothing quite like a good game and a snug headcrab. He grew up with HIDEO KOJIMA's Metal Gear Solid, lives for RPGs, and is waiting for light guns to make their comeback.
Previous post New Research Shows How Videogames Can Help Dyslexics
Next post Latest Xbox One Update Came With a Video Bug