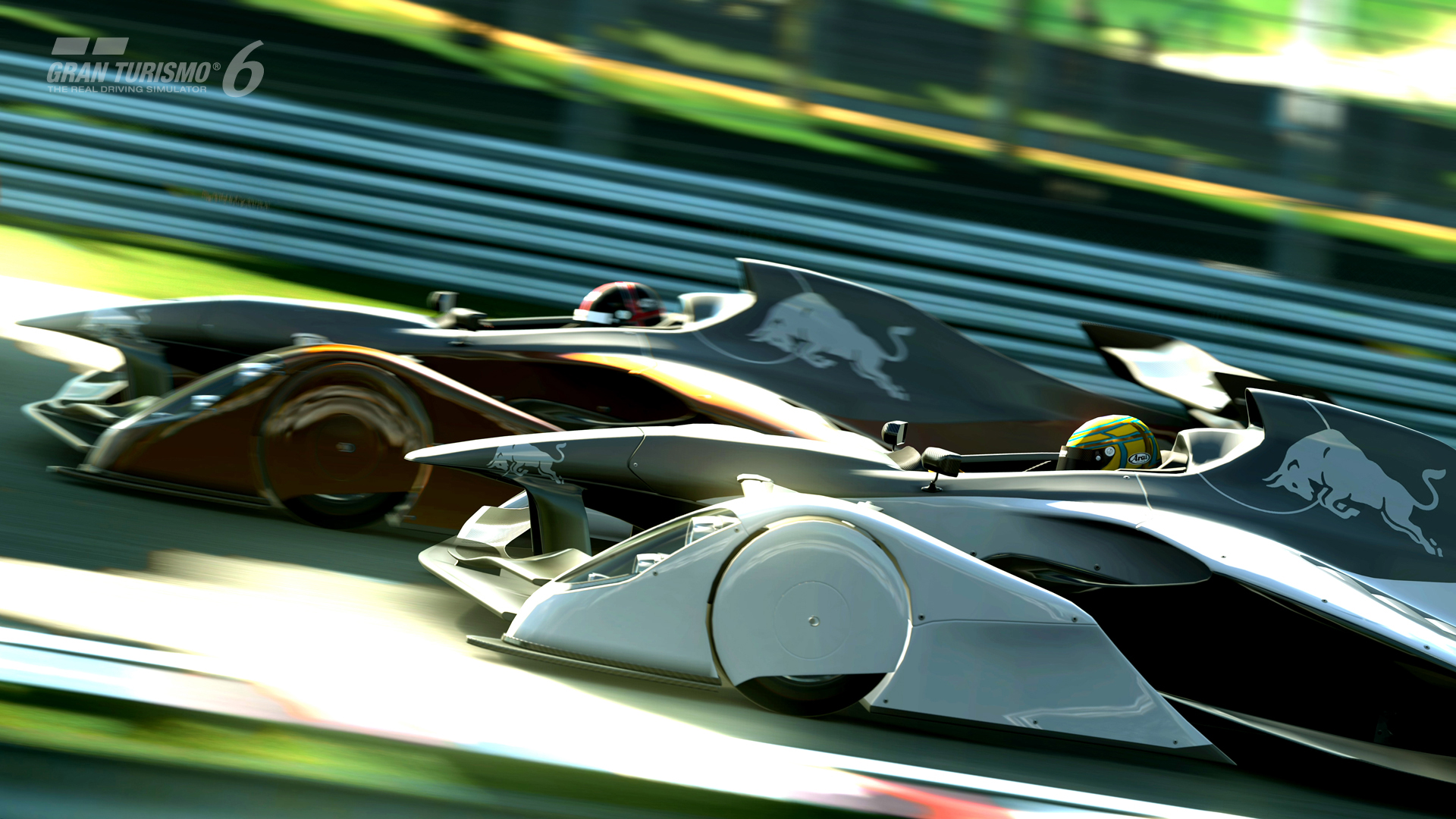 It’s unfortunate how Gran Turismo 6 is too serious to let us do things like race Santa’s sleigh through the snowy Chamonix track. Discussing the merits of runner thickness and weight distribution, as well as what order the reindeers should be in, actually sounds fun in a bizarre way.

Nonetheless, Polyphony Digital is partaking in the festive cheer with a free update for their racing simulator. Two new cars – the ‘Red Bull Racing Kart’ and ‘Red Bull X2014 Junior’ (pictured below) – along with the Red Bull X Challenge make up the content. A future update will see the second phase of the Challenge and another two cars.

The move commemorates the franchise’s 15th anniversary and Polyphony Digital has gone all out in this latest collaboration. The X2014 models were designed together with Infiniti Red Bull Racing’s Chief Technical Officer, Adrian Newey, whereas 2013 Formula 1 World Champion Sebastian Vettel will mentor players in-game for the X Challenge.

The update has been available since 18 December so if you haven’t played Gran Turismo 6 in a while, perhaps it’s time to dust off those racing gloves.

Ade thinks there's nothing quite like a good game and a snug headcrab. He grew up with HIDEO KOJIMA's Metal Gear Solid, lives for RPGs, and is waiting for light guns to make their comeback.
Previous post Diablo III’s Reaper of Souls Visits on 25 March 2014
Next post Valve Sets The Zombies Loose, Makes Left 4 Dead 2 Free For A Day